The fundamentalist take-over of ‘Christianity’ 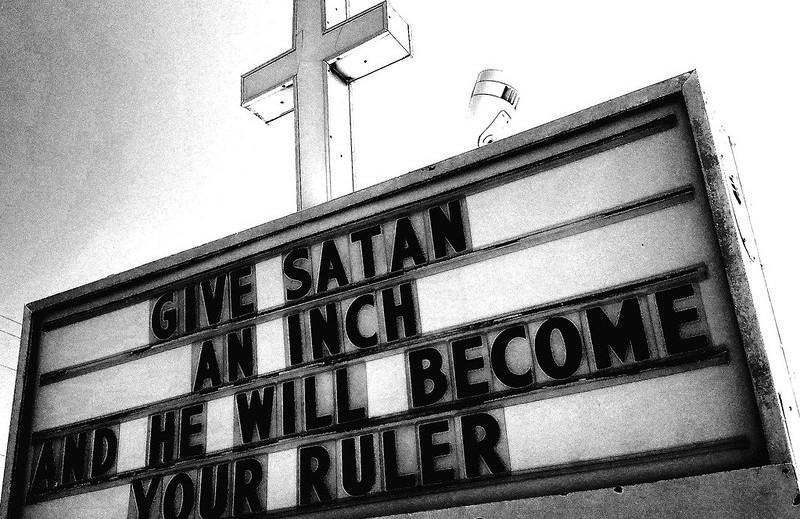 Rather than take a doctrinaire approach, it's also important that the schools focus on the Christ-like values of love, forgiveness and acceptance. (Image: Flickr/Gilbert Mercier)

‘For this relief much thanks,’ says the guard Francesco to Bernardo, his replacement on the battlements in the opening scene of Hamlet. That’s exactly what I felt when the Religious Discrimination Bill was finally cast into political oblivion.

In a way, it’s sad because there were some good things in the Bill. But the problem was that fundamentalist and some right-wing Christians took over. I won’t rehash the arguments surrounding the Bill, but rather examine the protagonists and show how those of us in the sensible middle were thoroughly wedged.

First the fundamentalists: as the Citipointe Christian School fiasco indicated, they were determined to enforce their version of morality which they incorrectly claimed was Christian and based on the bible. They said that ‘the college will only enrol students on the basis of the gender that corresponds to their biological sex.’ The school’s ‘Christian Ethos Requirements’ says that ‘the biological sex of a person as recognised at birth and requires practices consistent with that sex.’ They also claimed the right to ‘exclude a student’ who didn’t adhere to the ‘doctrinal precepts including those as to biological sex.’

Fundamentalists, like all literalists, cite selected biblical texts to support their stance, but the problem is the texts they cite don’t actually refer to homosexuality, let alone to gender transitioning. Meanwhile, they neglect other texts such as Jesus’ invitation in Matthew’s gospel: ‘Come to me, all you that are weary and are carrying heavy burdens, and I will give you rest … For my yoke is easy and my burden light’ (11:28-30). Christians should be lifting burdens, not condemning people over gender and sexuality.

The key organizational body for the conservative Protestants who supported the original Bill is the Australian Christian Lobby. They claim that ‘over 220,000 individuals share ACL’s vision to be a voice for God’s truth in the public squares.’

In the end the ACL and most of the Christian right dropped their support for the final version of the Bill which passed the Lower House with Labor support. They revealed their hand when an ACL spokesperson said: ‘The amendments voted on by Labor, Independents and these Liberal MPs unnecessarily interfere with the operation of faith-based schools.’ This refers to their right to exclude gay or transitioning students. Having lost that, they were no longer interested in the Bill.

The other mainstream churches agree. The Anglican Church’s Public Affairs Commission says it ‘cannot support [the Bill] in its current form. We believe the Bill still gives too much unnecessary scope and encouragement for harmful discriminatory behaviour in the name of religion in a manner that unfairly overrides other equally important human rights.’ The Uniting Church’s President, Rev Sharon Hollis, says the church ‘is committed to the right of every person to a robust freedom of religion … However … the Bill does not achieve [that] balance’ between the rights of believers and ‘those of people to be free from discrimination and live with dignity.’

A real problem for mainstream believers is the way in which the word ‘Christian’ has been seized by fundamentalists and some Evangelical Protestants. In public discourse the word is now associated with the most extreme views, most of which have little to do with Christianity. Often in the media all believers are tarred with the fundamentalist ‘Christian’ brush.

I said the Bill had some virtues. While freedom of religion is guaranteed in the constitution, it has little common law protection. Originally the Bill would have given some protection to smaller, often multicultural faith communities who feel besieged in an increasingly secularist society.

For the mainstream churches and especially for the Catholic church, which is the second largest non-government employer in Australia in its health and aged care, education and social service ministries, an important issue is the hiring of staff. For Catholic ministries it is important to be able to choose at least senior staff who share the church’s ideals and beliefs.

Nowadays, the church makes a significant, but usually unstated distinction: only its ministerial leaders are expected to make a commitment to church teaching and practice. Other staff, many of whom are non-Catholics, simply make a commitment to the ‘mission statement’ of the particular ministry.

Here it is important to emphasize that the majority of people working for the Catholic church are employed in ministries other than teaching. The focus of the criticism of the Bill was on education, while Catholicism was concerned about broader issues. Sure, there have been times in Catholic schools when gay or divorced teachers have been sacked; that should not have happened. But I would argue that the church does have a right to determine faith qualifications for its ministerial leadership.

It is important that Catholic schools be upfront and say that they operate within the Catholic-Christian tradition and that they take that seriously. Teachers in Catholic schools accept this when employed, as do parents when they enrol their children.

But rather than take a doctrinaire approach, it’s also important that the schools focus on the Christ-like values of love, forgiveness and acceptance, rather than insisting on an exclusive ‘Catholic identity’. Certainly, staff, students and parents know that they are taking on the ‘whole package’ when they join the school. That said, no one has Catholicism forced on them.

In the end, the catholicity of the school really depends on ministerial leaders; they set the tone and challenge staff and students to participate in the school’s mission.

All of this was forgotten in the ugly debates surrounding the Bill, due to political opportunism and crass fundamentalist intransigence.