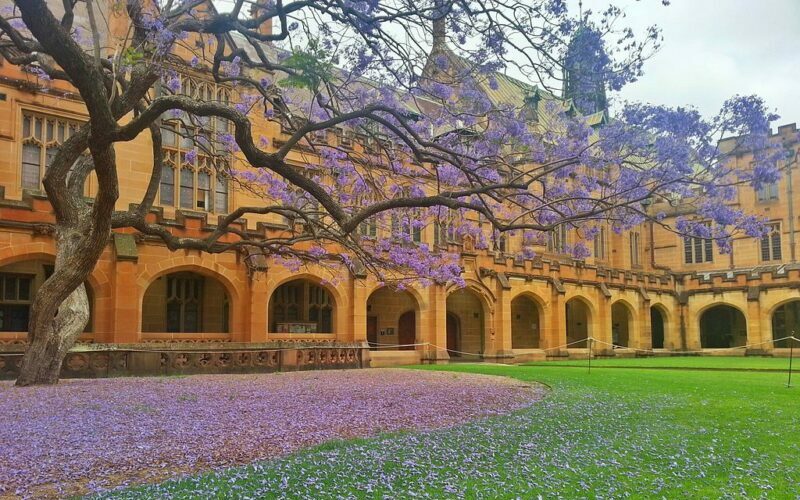 Employment issues have now joined many other pathologies and are plaguing the higher education sector — according to recent accounts, 40,000 jobs in the university sector have been lost in a year.

This amounts to one in five jobs. These jobs primarily consist of the underclass referred to as “casuals” (or some other denigratory term) who have undertaken the same roles and duties as those who are tenured or on long-term contracts.  Which is to say that they have prepared and delivered lectures and tutorials, and have administered courses, many with significant student enrolments.

The other job losses are the consequences from forcing out older — in neoliberal terms, more expensive — academics who were probably tenured.

Economically, the universities’ management would argue that the institutions have benefited from the casualisation of its workforce because, in management speak, it’s a cheap option. As well, “flexibility” is enhanced by forcing older academics to accept a redundancy package or concede to retirement.

These two areas of university management require attention but, for now, there is an urgent need to focus the public’s attention on the casualisation of academic employment.

At its core of this phenomenon is the logical outcome of a deliberate process. As the renowned American sociologist C. Wright Mills, wrote back in his seminal work, The Sociological Imagination, “[w]hat we experience in various and specific milieux, I have noted, is often caused by structural changes…”.

His insight from nearly 70 years ago has much to say about the here and now, and especially about the parlous state of contemporary education.

For the average person, increasingly confined to live according to the demands of an economic system which makes their ongoing livelihood precarious and their status, for those who employ them, simply disposable, understanding their own plight comprehensively is difficult. The complexity of it so often obscures the fundamentals.

An imagination attuned to the political sociology of relations amongst the population helps to dissolve this fog. This is where C. Wright Mills speaks to the present and, with just a little time spent with him, he informs it across the spectrum of those seeking explanations.

Not least he helps locate so many (what are seen as) “private troubles” in the context of social, political, and historical forces which are, more accurately described as “public issues”.

More than this, however, by rigorously examining and unearthing processes which are for the most part intentionally hidden, the social processes and structural changes effected over several decades in an insidious manner, the “natural” conditions people find themselves in are seen as frauds.

In the context of the neoliberal university-as-institution the disposability of aspiring, well-qualified academics as a direct result of the corporatisation of higher education and its sites of learning — the universities — is the result of egregious government policies which chronically underfund education but can embrace the breaking of a contract with a French builder of submarines and the ensuing forfeiture of billions of dollars in the name of the national interest.

Question: By what calculus does the Australian government arrive at the decision to decimate (indeed, double-decimate) the academic population as an act of fiscal responsibility, and with it the educational future of the country, while engaging in a future submarine project which is a byword for unaccountable profligacy?

It is relevant to this question to observe that the chronically underfunded universities need additional federal funding to the amount of an “extra $3.75 billion each year until international students return and normal teaching resumed.”

While the COVID-19 pandemic has certainly taken universities from being chronically underfunded to a state of acute financial stress, the original bridge of fools into neoliberalism was a unilateral, national policy consensus imposed on the universities more than 30 years ago. The universities were not the author of their changed nature, and it is an obfuscation of the record and their current situation to pretend that they are both guilty and responsible for their state today.

We should recall that, in 1985, the Hawke government ushered in economic rationalisation in the name of “reform”; essentially, it enshrined the commodification and commercialisation of higher education. In the process the university’s trajectory toward moral collapse was guaranteed.

University senior management designed programmes which focused on entrepreneurialism under the rubric of “new public management”. In turn, academics became alienated from their labour as it became commercialised and casualised.

As the renowned American historian and public intellectual Richard Hofstadter predicted, in the early 1960s in regard to the United States, such changes always presage an evolution in which scholars lose control of their skills and many are eventually isolated from their “calling”. His prediction was a prophecy of Australia’s situation.

The move to corporatised university governance laid the foundations for the advent of an education system in orbit around the preoccupations of management: targets; strategic mission statements, business and management plans — all defined in terms alien to any concept of education.

And so it went, and so it goes: a grab bag of institutionalised obsessions — which include international student recruitment; performance appraisals as disciplinary controls on staff, and the introduction of an appointments policy which mandated increasing numbers of non-tenured and contingent faculty.

A report was commissioned in 2008 — the “Review of Australian Higher Education: final report” (known as the Bradley report) — to analyse Australia’s position in the globalised economy, and among its sad observations is this: graduates of the university system are “traded internationally as part of ‘Australia’s third-largest export industry'”.

The placement emphasises that those students are merely part of the education machine to service Australia’s economic needs — turning universities into service providers rather than providing an education which produces a disciplined and informed mind.

The results are straightforward and damning: the reduction of education to an economic commodity has brought forth a growing underclass of academics, those described as “casuals”, “adjuncts”, or “sessionals”. Their status is analogous to that of soldiers enlisted for “hostilities only” in wars over which they have no control.

It is a status that is academically, intellectually, ethically, politically, and economically confusing and contradictory. They are both instruments of the attack on higher education and its victims.

Many, it must be said, were and are unwilling to intellectualise the consequences they live in. Whatever their disposition, they are neoliberal collaborators. And to the extent that they choose not to advocate and support the “traditional” model of higher education (flawed but vastly superior to the neoliberal variant), they are agents of the normalised deviance into mere instruction.

Ultimately, no matter whether, and how, they have bought into the neoliberal philosophy of individualism, competition, and meritocracy, they remain as disposable as the Afghans who were left behind in Kabul in recent weeks: necessary, even essential in the campaign, but somehow unworthy of a secure placement beyond that.

Judy Hemming has researched and taught extensively in the areas of Sociology, International Relations, and Strategy; among her published works on education and politics is: The Triumph of Neoconservatism and the Religious Right (2010).  She is a member of the Emeritus Faculty, the Australian National University.