The future of Australian coal: an Australia-China relations perspective

Despite rising tension, both Australia and China are having success looking further afield for buyers and sellers of key resources, but their resilience faces some stumbling blocks.

In the aftermath of the pandemic’s outbreak last May, it seemed that resource trade could become a key political battleground throughout the COVID-19 crisis – not only did this eventuate, but it seems that its impact will be long lasting.

At that time, China had just launched anti-dumping actions against Australian barley exports and trade sanctions on Australian beef.

Over the year, China expanded its blacklist of Australian exports to include wine, timber, rock lobsters, and, in October, coal, though this all remained unofficial in nature.
Australian coal exports to China in the 12 months to September 2020 were $11.5 billion, and this dropped to $8.9 billion in the 12 months to December 2020, a 34.8 per cent reduction.
Since Australia’s coal accounted for 49.3 per cent of China’s total coal imports in 2019, a true ban, rather than an unofficial reduction like what’s already taken place, would significantly negatively impact both countries.

Based on 2014 trade data, if imports of Australian coal to China had been cut off, Australia’s economy would have contracted by 0.05 per cent, while China’s would have contracted by a slightly higher 0.053 per cent. Moreover, the total world economy would contract by 0.09 per cent and total world emissions would increase by 2.5 per cent due to efficiency losses in supply chains.
This suggests that a ban of coal trade would damage both national economies involved, though China’s in much higher absolute terms, and the global economy.

Accordingly, China has increased its coal imports from other countries, mainly Canada, Russia, and the United States. The presence of American coal that is of comparable quality to Australia’s has helped the Chinese economy meet its coal needs and is buying it time to adapt processes to accommodate different coal qualities, allowing the country to diversify its coal sources. This is one of the reasons behind China’s 748 per cent jump of American coal imports in the fourth quarter of 2020.

Interestingly, this also doesn’t seem to be causing much pain for Australia. According to a report on 4 February, Australia’s coal exports hit a four-month high despite the trade rift, and it clearly has plenty of buyers willing to fill the gap left by China, at least for now.

One report even claims that this shift in coal trade flows will result in higher coal exports for Australia than in both 2020 and 2019.

Australian coking coal exports – a high-quality grade of coal that can be used in the process of steelmaking – to China fell to a mere 0.2 megatonnes in December, yet Australia’s overall monthly exports of coking coal hit their highest level of the year at 15.6 megatonnes, with Brazil and India as key customers.

COVID-19 has resulted in louder and more frequent calls for Australia to put greater economic distance between itself and China, and this may have encouraged China’s behaviour when it comes to importing Australian coal.

Seeing this discussion happen in Australia and knowing its dependence on Australian coal, it makes sense for China to respond by diversifying its import sources for coal, and it’s energy sources more generally.

For instance, trade of liquefied natural gas (LNG) between Australia and China has experienced no disruption during the pandemic, largely thanks to the long-term contract arrangements.

The pandemic has also raised trade concerns for both countries. Shocks from COVID-19 have coupled with ongoing United States-China tension to generate supply chain resilience concerns, and the former Trump Administration’s campaign to exclude China from the trade networks of the United States and its allies have caused long-term trepidation in China.

There are other struggles ahead too. In an increasingly securitised region, economic drivers of trade policy could start to come second to other national interests, and this may distort markets and make them difficult to navigate. No country is immune to these challenges.

The final factor impacting the region’s trade is energy transition.

This is critical for Australia’s exports of coal and LNG to China. In September 2020, China announced its commitment to becoming carbon neutral by 2060, and after that, Japan and South Korea pledged net-zero emissions by mid-century. India is also considering a net-zero goal, and can’t be relied upon forever to continue buying Australian coal.

These countries are top exports markets for Australian coal and LNG. All of the countries of the region will need to prepare alternative strategies for the low carbon future, and Australia is no exception. 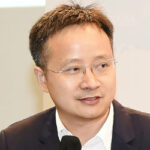