The Great Barrier Reef: the ultimate test of an ambitious climate policy 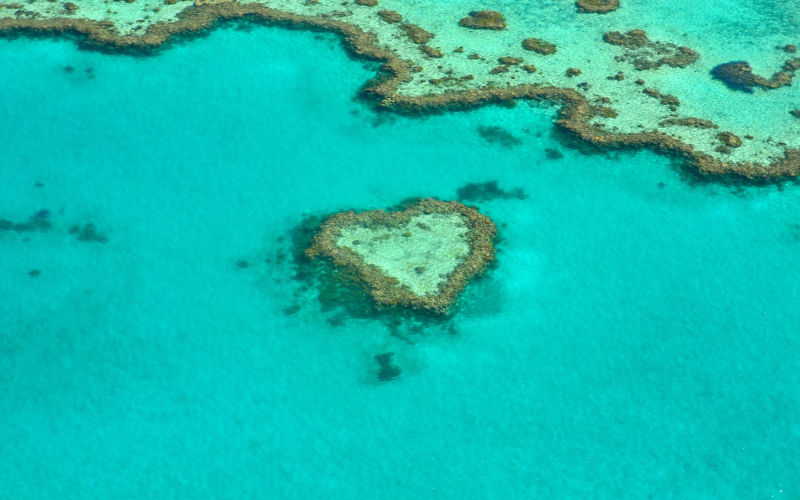 France’s Ambassador to Australia Jean-Pierre Thébault has called the Albanese Government’s climate position ambitious. But is it enough for the survival of the Great Barrier Reef?

While there’s relief bordering on joy within the French Government on account of the demise of the Morrison Government, not to mention relief across the nation on account of a climate-positive election, a more sober assessment reveals there is much more room for ambition.

The Great Barrier Reef is the ultimate test. France’s Ambassador to Australia Jean-Pierre Thébault has called the Albanese Government’s climate position ambitious. But is it enough for the survival of the Great Barrier Reef?, a highly vulnerable ecosystem that we have a moral and legal duty to preserve for future generations.

During the election campaign, Climate Analytics released an analysis of the global warming implications of the 2030 climate targets of the two major political parties, the Greens and Teal Independents. The Coalition’s target is consistent with with 3 ̊C of global warming (bordering on 4 ̊C) and Labor’s consistent with 2 ̊C. While the difference is stark, Labor’s 2030 target is still not aligned with the Paris Agreement or saving parts of the Great Barrier Reef.

The IPCC has made clear several times that even if the world meets the Paris Agreement’s long term temperature goal of 1.5 ̊C, coral reefs are projected to decline 70-90%. At 2 ̊C of global warming, the IPCC says we stand to lose 99% of coral reefs. From the perspective of the Great Barrier Reef, Labor’s climate position is not ambitious and is synonymous with its loss. The 2030 targets of the Greens and the Teal Independents were consistent with 1.5 ̊C of warming which would keep parts of the Reef alive.

During the election campaign, Labor’s position was to oppose adding the Great Barrier Reef to the List of World Heritage in Danger, although thankfully such a position is not reflected in Labor’s Great Barrier Reef election policy. Last year the Morrison Government fiercely opposed the science-based draft decision put to the World Heritage Committee to add the Reef to the In Danger List. The Committee did not support the In Danger listing but did request Australia invite a Reactive Monitoring Mission to assess the state of the Reef and make recommendations to improve its conservation status.

The Mission officials spent 10 days in Australia during March which coincided with the fourth mass coral bleaching event in the Great Barrier Reef in the last seven years. (A staggering 91% of surveyed reefs exhibited some bleaching.) The report will contain recommendations to address the harm climate change poses to the Reef as well as recommendations to reduce agricultural pollution and fishing impacts on marine life. It is due to be released in June despite the postponement of the World Heritage Committee meeting which was due to meet in June in Kazan, Russia. (A decision was made to postpone the meeting due to Russia’s invasion of Ukraine.) The report will take account of the new government’s climate and Reef policies.

Despite the non-alignment of Labor’s climate target with the Paris Agreement, there are reasons to be optimistic that the target may not be set in stone until 2030.

Firstly, the release of the Mission report in June is an opportunity for climate and environment NGOs and climate scientists to inform the Australian public that even with a 43% emission reduction target, the Albanese Government’s position is not enough to save parts of the Great Barrier Reef. Australians want the Reef to survive. Tying a more ambitious 2030 target to the survival of the Reef is critical. It is not just a campaign strategy to secure a stronger climate target: it is the truth.

Secondly, given Prime Minister Albanese’s stated aim to strengthen faith in our democracy and bring higher standards to Parliament, it is likely that the Greens and Independents in the House of Representatives will form part of the government’s consultations about tackling climate change. In addition, the Greens and Independent David Pocock look likely to hold the balance of power in the Senate.

Thirdly, the Paris Agreement requires a global stocktake to be carried out by November 2023. The stocktake is to assess the adequacy of national targets and policies in meeting the 1.5 ̊C global warming limit. The purpose is to increase the ambition of states to meet the Paris goal. This will give the Albanese Government an opportunity to ramp up the target to ensure it is Paris Agreement aligned.

Fourthly, without doubt, there will be more extreme weather events – fires, floods and coral bleaching – this decade. Australians know these events are exacerbated by climate change. As they occur more frequently and with greater severity, there will be a greater appetite for more ambitious emissions reduction.

The chance to limit global warming to 1.5 ̊C is vanishingly small. But it is still alive. Australians will support tougher, well-managed climate action if it is framed around helping keep parts of our most beloved national icon alive in our lifetimes and for future generations.

Imogen Zethoven is director of Blue Ocean Consulting and an expert on the Great Barrier Reef.