The Great Double Standard over Afghanistan

The Afghanistan War is a reminder of the double standard by which the US rules the world.

One thing we should not forget about the Afghanistan War is the US double standard that helped precipitate it, and which underpins most US foreign interventions.

Some may recall that in 2001 the US demanded the Taliban hand over Osama Bin Laden without any extradition treaty, any evidence of his culpability in the 9/11 bombings, and without considering alternative Taliban suggestions such as adjudication by the International Court at the Hague.

When the Taliban quite reasonably demurred, the US attack began.

As the Taliban’s Ambassador to Pakistan at the time, Abdul Salam Zaeef, said about the US demand, “If every country were to hand over any person deemed a criminal by America, then America would de facto control the world. This would in turn threaten the independence and sovereignty of all countries”.

But how would the US have responded had the shoe been on the other foot?

For example, what if it had been Cuba demanding the US hand over a Cuban exile sheltering in Miami, Florida, who, Cuba claimed, had been blowing up Cuban ships. Would the US have willingly handed over the person as it seemed to expect of the Taliban?

I’m guessing the US’s yawning indifference to the request would have been off the Richter scale, as it has been to numerous such requests from Cuba.

What we witnessed, then, in 2001 was the US demanding one standard of behaviour from its putative enemy—supine compliance with US demands—while holding to the opposite standard for itself—absolute, inviolate self-determination. Some call it US exceptionalism.

The following list of questions highlights how glaring and ubiquitous this US double standard is, and the white-hot outrage that would arise in the US should other nations ever adopt US standards of international behaviour.

Perhaps most glaringly, what if, instead of the US dropping atomic bombs on Japan to end WWII quickly and prevent loss of American lives, Japan had dropped atomic bombs on Los Angeles and San Francisco for the same reason?

In a nanosecond the Western memory of a humanitarian act to end human suffering would be replaced by an unspeakably barbaric act that would forever after take centre place in human history.

Again, the West’s memory of a selfless act of defence against communist aggression would instantly morph into, well… an unspeakably barbaric act. (It is China we’re talking about after all.)

Instead of the US training and arming the Contras to terrorise and kill Nicaraguans to destabilise the Nicaraguan govt, what if Nicaragua had trained and armed Contras in Mexico to massacre US citizens across the border for the same reason? No need to guess the US response.

More recently, how about, instead of the US invading Iraq in 2003, Iraq had invaded the US to destroy the real WMDs about to be used on Iraq in the US invasion? Surely what’s good for the goose is good for the gander?

And what if, instead of NATO continually expanding towards the Russian border in breach of a US presidential promise to Russia, the Warsaw Pact was currently expanding up the central American isthmus in breach of a Russian promise? No worries?

And, finally, instead of the West laying down the law on various internal issues with our recalcitrant neighbour to the north; what if China started demanding investigations into possible human rights violations in Manus Island and Nauru; or conducting freedom of navigation exercises in the Coral Sea or off the US Pacific coast; or demanding an investigation into the tardiness of the Western response to Covid; or militarily encircling the US? No comment is necessary.

These scenarios suggest that we in the West hold ourselves to a different standard to that we would accept from an enemy—to put it mildly.

But on what philosophical or moral grounds is that double standard acceptable? Because they’re our enemy?

The alternative, of acting as adults and being morally consistent, is unspeakable in many Western elite quarters, even unthinkable.

Luckily, we get away with it because few Western foreign policy journalists or academics would even recognise our hypocrisy, let alone call it out.

As Noam Chomsky states, when it comes to foreign relations, we focus “laser-like on the crimes of enemies, and on our own high minded and courageous condemnation of their crimes. But, crucially, we make sure never to look at ourselves”. 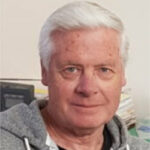