The great Mungo MacCallum is gone, and half a century goes with him

Not being half the writer the great man was, I have to repeat myself: the death of veteran political commentator and former Crikey contributor Mungo MacCallum robs Australian political writing of vast reserves of clarity, incredulity and style — resources that were hardly in abundance even with his contributions.

In fact, Mungo is one the few writers capable of summing up what he and his five decades of writing meant, and the different understandings of life and politics that he bridged and illuminated for us all.

Here then are some selections of his words:

For many conservatives, [John] Gorton’s retirement was the most admirable period of his career: nothing so became him in political life as the manner of his leaving it.

The conservatives were, however, judging Gorton by the standards of the Menzies era. To them Gorton was a maverick; his prime ministership was not merely an accident (which, of course, it was) but a mistake. Looked at from another viewpoint, Gorton was a man ahead of his time, caught in a complex of pressures beyond his control …

As in so many fields, there was a public and a private Gorton. Both were good blokes, but somehow they never quite got it together for what the times demanded.

On politics and the press gallery

The age of the gifted amateurs, men and woman who would take temporary leave from their careers for a period of public service while preserving a real job to return to, is gone forever. The current lot are in it for life; if they lost their seats they would be totally bereft. Hence they are deadly serious, terrified of making the sort of error that would cause them to fall from favour with their party heavyweights … It is one of the more worrying features of [John] Howard’s style of government that while the public standard demanded of his ministers has never been lower, the intra-party discipline has never been more savage.

If they tell us they care about the future but show neither vision nor emotion about it, why should we care any more than they do? We vote without enthusiasm or conviction, and often in the belief that whatever we do will make no real difference; that the ritual is no longer worthwhile. And when we, the people, reject the democratic process, the very spirit of the nation withers and dies.

On News Corp and the 2010 election

It seemed an entirely fitting note on which to wrap up [News’] election coverage — self-seeking, trivial, misleading and above all very, very dumb. There have been many losers in the 2010 election, but none more to be pitied than those who relied on News Limited for their political information.

On John Howard and mandatory detention

There was much to loathe about the Howard years, but two things were utterly unforgivable. One was the abandonment of Australian citizens to illegal imprisonment and torture — David Hicks and Mamdouh Habib. The other was the incarceration of children behind razor wire until they went mad.

Of course mandatory detention began under Labor, and there were already disturbing stories coming out of the detention camp at Port Hedland by the time John Howard came to power in 1996. But it was he who developed the idea as a conscious policy of government, to be pursued for political gain whatever the cost to the victims.

On his own retirement

I am sorry to cut and run — it has sometimes been a hairy career, but I hope a productive one and always fun. My gratitude for all your participation.

So a seasonal Hallmark message:

Christmas is coming and Australia is flat

Kindly tell us ScoMo where the bloody hell we’re at.

Then join in our Yuletide chorus as we sing: FUCK YOU!

Thank you and good night.

Mungo’s last words in Crikey came via a quote in a very silly piece* about how badly being PM fucks up your looks:

Perhaps the best solution is Andrew Peacock’s — reach for the hair dye, keep the left profile sharp and pretend it isn’t happening. And of course in his case it didn’t: he never became either an adult or prime minister.

*A little personal note. When I called to speak to him, his partner Jenny gently informed me that Mungo was more or less incapable of speech and as such would have a hard time with a phone interview. I thanked her and hung up, assuming my silly piece was destined to be even sillier than I had feared.

Twenty minutes later an email arrived from Mungo with a few amusing and insightful thoughts. I’ve always been struck by how easily, how reasonably, he could just have ignored me, and what it said about him that he didn’t.

This article has been republished from Crikey 10 December 2020 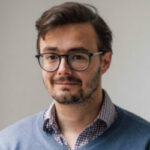 Charlie writes about industrial relations, politics and culture. Prior to Crikey he worked across government and unions and was a researcher on RN's Daily Planet. He hosted The Alternative History on Triple R, and is an occasional host on Breakfasters.