The hunt for man-made coronavirus is counter productive 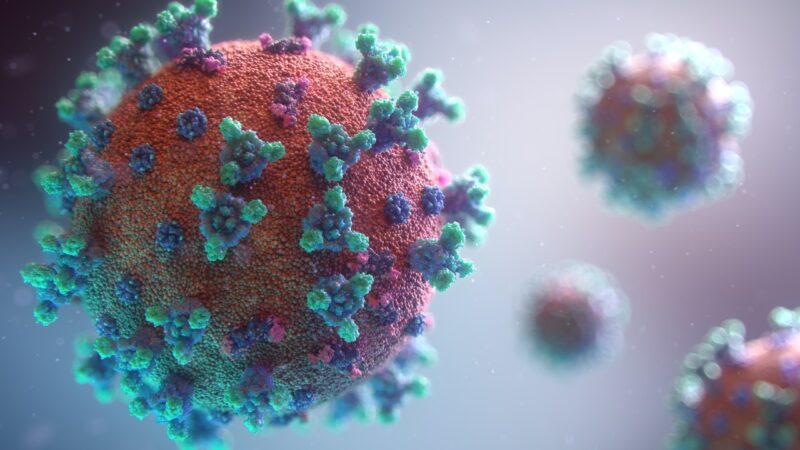 We are recently informed by the Wall Street Journal, quoting an unidentified source, that three Chinese scientists who were working in the Wuhan Virus Laboratory became ill with a Covid like illness in November of 2019. Ah Ha! Surely they must have been working with the responsible virus in the laboratory, got themselves infected and then spread the infection into the local community. As we had not heard of such events previously the Chinese must have been hiding this crucial information.

The politicisation of the Covid pandemic has many individuals and even countries,(e.g.the US) determined to blame China for the global spread of Covid-19. While Chinese officials and a sluggish WHO could have warned the world  a week or so earlier than they did, of the likelihood that a new corona virus was infecting humans, there is no evidence that China was responsible for the  earliest infections of humans with this virus nor responsible for the subsequent pandemic.

We know that infection of people in China with the SARS-Cov-2 virus did not start in Wuhan. Pre the super spreader event in the Wuhan wet market the new corona virus was infecting  people 500 kms north of that city. At this time retrospective studies of blood samples around the world revealed the presence of antibodies to the Covid virus in Europe and America. The virus had a global presence by the time the Chinese brought the news of this threat to the world’s attention.

The recent two week investigation of the probable origin of the new SARS virus by a team of international scientists who went to China and met with local scientists resulted in a consensus view that the most likely scenario involved evolution of the virus in an animal source (Bats?) with subsequent infection of another animal species producing changes that provide the virus with its ability to infect humans.

This highly informed opinion was associated with an acknowledgment that they could not prove that the virus had not leaked from a laboratory but the scenario they felt confident supporting was similar to the scenario supported by  scientists examining the SARS epidemic in 2003 and the MERS epidemic in 2011.

While Chinese officials have been, perhaps understandably,  defensive and less than forthcoming at times, this has not been the case with the internationally respected scientists who head up the Wuhan Laboratory. Wang Yanyi, the director of the Wuhan Institute of Virology, called claims the virus came from her lab a ‘pure fabrication. Speaking on Chinese state broadcaster CGTN recently  she said “We have three strains of live viruses in our laboratory, but their highest similarity to Sars-Cov-2 only reaches 79.8 percent. There was an “obvious difference” between the new virus and the ones held in their laboratory. She reported that they first received samples of the new coronavirus on December 30, 2019. Until then “like everyone else, we didn’t even know the virus existed”.

As is the case with many of the world’s leading virologists, she expressed frustration that the ‘leak’ controversy was receiving more attention than was the need for action to address the likelihood of future pandemics. Professor Shi warned that the coronavirus is just the “tip of the iceberg” and urged countries to urgently ramp up their research into the threat of deadly zoonotic diseases; those passed from animals to humans.The risk is clearly associated with humans encroaching  on wilderness lands and exposing themselves to the exotic micro-organism hosted by ‘wilderness’ animals they don’t normally encounter.

Australia’s response to this challenge should immediately see the Federal Government establish a task force to advise on the logistics for establishing a Centre for Disease control similar to that operating in the US.

Strange, is it not, that Australia, with a lot of luck being an island at the bottom of the world and steadfastly and successfully pursuing pandemic limiting public health strategies, should be so inept when it comes to what should be the easy part; vaccinating the community? This was not anticipated as we are a country that has embraced vaccination in general with, e.g., over 17 million of us receiving a ‘flu shot’ each year.

Only 2.5-3% of Australians are fully immunised. Many countries have more than 50% of their population protected. The current Melbourne outbreak has brought some distressing inadequacies to light. How could 29 nursing homes for the elderly have not received a single dose of vaccine? How could it be that only 1.6% of Australians with a disability have been immunised despite their vulnerability?

One major problem for us was our overconfidence that Pfizer could deliver 20 million (then 40 million) doses of their vaccine within the required time frame when the world wide demand for this product far exceeded production capacity. This situation was made worse when exceedingly rare complications following receipt of the AZ vaccine destroyed public confidence in this life saving agent.

The blood clotting phenomena reported in about 1 in every 300,000 recipients resulted in our government advising the 17.8 million of us under 50 to avoid the AZ vaccine and search for the Pfizer vaccine. Inevitably many people over 50 conclude that – ‘if it not suitable for younger Australians its not suitable for me’.

With 2.1 million doses of the AZ vaccine given to Australians we have had 24 cases of abnormal clotting and bleeding. There has been only one death from this complication with most patients  making a full recovery.

Unfortunately there has been little publicity about the discovery of the cause of the problem and our ability now to treat the condition. Treatment with an anti-coagulant drug or, in the more serious cases administration of intravenous Immunoglobulins is highly effective. All receiving the vaccine are told to report immediately any abdominal pain or headache following vaccination. This new knowledge will markedly reduce the already very rare complication rate associated with this highly effective vaccine.

Supplies of the Pfizer vaccine are improving but will not fully meet our needs for a number of months yet. We need to restore  confidence in the AZ vaccine and publicise the fact that if you are under 50 and want the AZ vaccine you can get it with your completion of an ‘informed consent’ form. Many GP’s seem confused about this possibility which must be addressed. There are many Australians under 50 years of age who have chronic health problems that would cause them to be at real risk of serious consequences should they be infected with the Covid-19  virus.

As I finish this column, globally, the pandemic is infecting more people than ever. We can see from results in countries with very high vaccination rates that we have the tools to end this disaster but the inequity associated with the distribution of vaccine has us a long way away from ultimate victory.

In our press this week there has been debate about the appropriateness of some politicians claiming that we are in a race with this virus. Certainly the concept is valid if we look at the race to have enough people vaccinated to deny the virus the opportunity to mutate to a point where it is immune to our vaccine. This is a real possibility that should be driving the urgency to remove patent restriction on vaccine production and recognise that ‘fairness’ and ‘self interest’ are inseparable components of the response the world is yet to make.