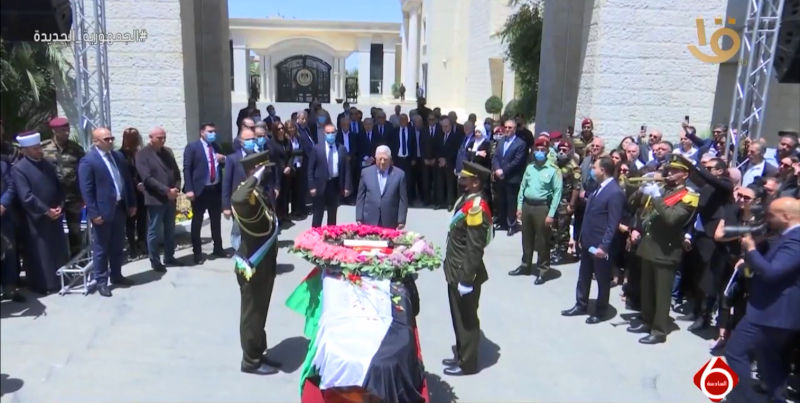 One of the regular refrains from the Israeli government is that they have “the most moral army” on Earth.

As they keep demonstrating, this is a palpable lie. It’s a lie that will live in the pantheon of porkies perpetrated by Donald Trump, Vladimir Putin and Joseph Goebbels, who said, infamously : “If you tell a lie big enough and keep repeating it, people will eventually come to believe it.” A lesson learned well in Jerusalem.

While the daily demonstration of military immorality in Ukraine holds international attention, other vile acts are being committed under a veil of inattention, at least in some parts of the world. Think Australia.

Until something happens right in front of cameras. Such was the case in Jenin on Wednesday May 11, in the far north of the West Bank of the River Jordan, nominally under the administration of the Palestinian Authority but in truth under very visible Israeli military occupation. Visit any city or town in the West Bank, or drive through the intersections of its country roads, and you’ll see young Israeli soldiers, usually in groups of no fewer than four and all carrying Tavor assault rifles manufactured by Israeli Weapons Industries. Tavor’s CTAR-21 compact variant is favoured by Israeli soldiers.

On that Wednesday members of the Israeli Defence Force – “the most moral army” – were conducting a raid on a refugee camp at Jenin. Civilian video shown on Al Jazeera showed a small group of media representatives gathered under a tree on a roadside near the camp. They were wearing helmets and vests clearly marked “Press”.

A shot rang out and one of them dropped to the ground beside the tree, face first. One or two of the others moved to help her but as they did more shots were fired in their direction. One of them, Ali al-Samoudi, was shot in the back. When medical help arrived he was taken to hospital and survived.

The woman on the ground was dead. She was 51-year-old mother of two children Shireen Abu Akleh, an experienced and respected reporter with more than 20 years service to the Qatar-based Al Jazeera network. A Palestinian with an American passport, Abu Akleh was known as “The Voice of Palestine”. In an earlier profile she explained her life’s mission as telling the stories of ordinary Palestinians, the families living under occupation, the families who’d lost a loved one to some other Tavor assault rifle.

Israeli authorities have responded to the outrage expressed in some parts of the world by saying Abu Akleh could have been shot by a Palestinian or caught in “crossfire”. Other reporters in her group under the tree said there was no crossfire. At least two of them, including al-Samoudi, interviewed later in hospital, said the Press group was targeted. Such action would breach Article 79 of Additional Protocol 1 of the Geneva Conventions, which codifies journalists working in conflict zones as protected civilians provided they’re playing no part in hostilities.

An initial report on Abu Akleh’s death said the bullet that killed her hit her just below one ear in the narrow gap between her helmet and the collar of her bullet-proof vest. A sniper’s shot.

Al Jazeera management issued a statement saying their staffer had been “assassinated in cold blood”. Qatar’s foreign ministry called her killing “State-sponsored Israeli terrorism”. The US and UK ambassadors to Israel called for a thorough investigation. US Secretary of State Anthony Blinken reportedly ‘phoned Abu Akleh’s family to express the Biden administration’s condolences. US Congresswoman Rashida Tlaib demanded an independent investigation, saying “the same people committing those war crimes” shouldn’t be allowed to investigate them. The Israeli army has since said they won’t be investigating Abu Akleh’s death.

The shooting of Shireen Abu Akleh came almost a year to the day after Israel bombed the Gaza City bureaux of credible media organisations Al Jazeera and Associated Press.

Mahmoud Abbas, president of the state of Palestine (not recognised by Israel) and the Palestinian National Authority, and chairman of the Palestine Liberation Organisation, said he would refer Abu Akleh’s killing to the International Court of Justice, based in the Hague. If the case is accepted by the ICJ it will be the second case against Israel on their cause list. Last May, after a five-year preliminary investigation, the court accepted a 2014 referral from Palestine under their Crimes Against Humanity charter. Possible Israeli crimes cited were enforced transfer of population, apartheid, persecution on the basis of politics, race, nationality, ethnicity, culture, religion or gender, and causing great suffering or serious injury to physical or mental health.

Gambian jurist and ICJ prosecutor Fatou Bensouda is understood to be focusing on Israeli military operations in Gaza and Jewish settlements in the West Bank, including East Jerusalem, which are deemed illegal under international law and have been condemned by the vast majority of United Nations members. Not Australia. In accepting that case the ICJ also has accepted the identification of Palestine as a State.

And if the court wants witnesses to the crime of apartheid, call Amnesty International, Human Rights Watch, former UN Special Rapporteur on Human Rights in Palestine, Michael Lynk, Israeli human rights organisations Breaking the Silence and B’Tselem, Israeli newspaper Haaretz and the members of Israel’s parliament, the Knesset, who shouted the word in the assembly chamber on July 19, 2018 when the Nation Law (also known as the Nation-State Bill or the Nationality Bill) passed with 62 votes for, 55 against and two abstentions. Presenting the bill, member M.K. Ohama called it “the law of all laws – it is the most important law in the history of the state of Israel”. It ascribed “national rights in Israel only to the Jewish people”.

And if the court accepts the Shireen Abu Akleh case it can call the four reporters who were with her when she was killed. And they can call on Al Jazeera for the video of the shooting.

Then they might look at the live coverage of Abu Akleh’s funeral procession. Having lain in the morgue at St Joseph Hospital, also known as the French Hospital, in the Sheik Jarrah district of Jerusalem, she was to be carried on the shoulders of burly pall-bearers to the Cathedral of the Annunciation of the Virgin in the Old City, then on to the Melkite Catholic Cemetery on Mt Zion. As with the previous day, when she’d been carried into the hospital, thousands upon thousands of people lined the streets in what Al Jazeera described as the biggest funeral since Yasser Arafat’s (in November 2004).

But on this day of Palestinian mourning, Israeli police heaped shameful dishonour on her outrageous death, baton-charging the unarmed procession until they carved through the crowd to the leading pall-bearers, beating them about the legs until they dropped the casket almost to the ground. Intervening in the funeral and imposing their will on its progress, the police forced the pall-bearers to place the casket in a hearse, rather than carrying it through the streets.

Police separated Christians from Muslims outside the church and confiscated Palestinian flags while the bells at churches of various denominations rang out. The Latin (Catholic) Patriarch of Jerusalem, Pierbattista Pizzaballa, condemned the “police invasion” of the funeral procession ; Palestinian leader Hanan Ashrawi called it “obscene”, with “sheer inhumanity on full display”. “The insecurity of the oppressor is exposed,” she said. “Fear of our symbols, fear of our grief and anger, fear of our very existence”.

No cries of condemnation have risen in Australia and nor are they likely. Our two major parties, both of which opposed apartheid in South Africa until its official demise in the early 1990s, continue their support of Israel and its government, with expressions such as “no greater friend”. In effect they both support apartheid. Does that really reflect the attitude of the majority of Australians?

Terry Plane – a freelance writer​ ​and communications expert based in Adelaide.