Japan and Australia are supposed to be cultural opposites. But there are similarities at times, especially where media are concerned.

In Japan they call it the kisha club – the groups of journalists (kisha) who base themselves in a particular political faction, firm or ministry and who, in exchange for secrecy, provide a vehicle for leaking information and help in covering up scandals.

Another job is keeping outsiders out – a constant complaint of foreign media in Japan.

Yomawari or night wandering is a feature. Come the evening, and the home of a top politician or bureaucrat will be open to visits by favoured Club journalists to eat, drink, exchange gossip and chat over the events of the day. Often the wife will be expected to prepare snacks.

It matches somewhat the relations between journalists and politicians we see in Australia, with the leaking of information to favoured journalists over drinks at the pub or for a pass to the leaker’s office (fortunately the wives are kept out of this).

True, all organisations leak. But in Japan the kisha club system allows them to leak in front-page, earth-shaking proportions. There is no attempt to pretend the leaks are the result of serious journalistic research. They arrive hot and fully detailed, on the doorsteps of the media via the kisha club headquarters.

Rivals have little chance to compete. They are reduced to wimpering on the sidelines (make inu no toi goe – the distant voice of the defeated dog).

Recent handouts of spy-scoop exclusives to favoured media in Australia suggest something similar, and abnormal, is going on there.

Kisha clubs in turn link up with the powerful media groups seeking to dominate the news. Australia has the Murdoch organisation; Japan has the mass circulation Yomiuri owned by the Shoriki family and showing a consistently conservative/rightwing bias in reporting and commentary.

The strongly right-wing Sankei group makes no secret of its militaristic bias, prospering off leaks from military related sources in Japan and the US. Fortunately the still-powerful Asahi Shimbun group, which, since the war, has survived by supporting progressive/left-wing positions, provides competition. The Mainichi group trends waveringly in the same direction. Both are helped by lingering anti-war feeling in Japan.

But biases can change, usually depending on the whim of the owners. In the late ’60s I had a good connection with the then progressive and now all-powerful Nihon Keizai Shimbun (Nikkei) group. Thanks to the paper’s Keynesian bias I could easily get lengthy articles published in their pages. They even provided me with an office in their main building, close to the news floor, where I could get news scoops ahead of the pack for The Australian, then progressive and internationalist.

But in the mid-’70s, Nikkei moved to conservatism, including a fiscal conservatism largely influenced by the supply-side theories then popular in the US. Not coincidentally Japan moved into a 20-year stagnation. Today I doubt if I could get even a short article published anywhere in its vast and expanding media empire.

The right-wing Sankei group began life as a weak economic news competitor to Nikkei. Gradually they discovered they could do much better by tapping into the strong pro-military, anti-China conservatism very much alive in Japan but obscured by a superficial postwar commitment to anti-war causes.

What is unusual about Japan’s seemingly sophisticated media is the pervasive influence of myths and taboos, and the concept of a ‘kuuki’ or ‘atmosphere’ telling you what you can or cannot say on important issues.

Contrary opinions are not welcomed. The nail that sticks out will be hammered down, as they say in Japan.

Even in today’s modern, sophisticated Japan these traditional values can dominate. The extraordinary abductee issue is a good example.

Despite massive information to the contrary, Tokyo continues to insist North Korea is holding on to people it abducted from Japan back in the ’70s. This is turn becomes the excuse for a total freeze on relations with Pyongyang. Try to raise the topic even on progressive radio or TV and you will be told promptly the subject is taboo, period.

In 2011 Sankei Shimbun ran a front-page commentary inter alia attacking some words I had posted on an obscure US website criticising this bizarre, never-ending attempt by Tokyo to deny the abductee obvious. Almost overnight I could feel the connections I had worked hard for years to develop in Japan being closed.

As in traditional Australian Indigenous society, go against the tribal consensus and you feel the ‘bone’ has been pointed against you.  You are supposed to have no choice but to wander off into obscurity.

Querying Japan’s claims to lost territories is another taboo, even when Japan’s claims are weak.  In the late ’70s a small, well-informed group tried to suggest compromise solutions to territorial arguments with the USSR. But with a change of government in the early ’80s the national kuuki turned more conservative. Overnight they found themselves pushed out to the fringes of the society, denounced as traitors.  Some ended up in jail.

Today they have just managed to climb back from the fringes, but they no longer talk much about territory.

Respected Japanese commentator Tahara Soichiro, relying on good foreign-ministry sources, once tried to challenge the North Korean abduction myth. He, too, ended up being hounded by court actions and fined for his troubles. To this day he refuses even to talk about the subject.

Japan can tolerate differences; its parliamentary questioning could be a model for the world.  But it has to be done with the fixed framework of the group.  Parliament is one such group.

In Japan it has been called ‘the longing for belonging’. In Australia it is the ‘one of my mob’ syndrome. We all seek to belong to a group of one kind or the other. Say or do something against the group collective consensus and you are in trouble.  You are no longer one of the mob.  Stay inside and the view is very different

As a victim of the Vietnam war debate in Australia I have had some experience. You were either inside the pro camp or the anti. There was little of the back and flow of arguments we saw in the US or New Zealand. There were no Pentagon Papers.  When it was over we saw little or none of the remorse of a US Robert Macnamara.

If anything, having been wrong was a mark of approval.  You remained ‘one of the mob’.

Today the extraordinary dogmatism of the anti-China hysteria within Australia suggests we are moving into a similar stage of groupist insanity.

I have argued elsewhere* that these and other ‘tribal’ values result when societies can develop from rural-based communities in relative isolation and relatively free from domination by firm, principle-based ideologies.

In Australia we see this, for example, in the areas where rural values combined with imported convict influence could compete with imported English values.  In Japan it is where the values of the village and the rural-based feudalism were able to dominate imported Chinese values.

It was Japan’s refinement over the centuries of these ‘village’ values – the well-known ‘giri-ninjo’ of Japan rather than crude mateship of Australia – which made Japan seem different.

The map of corruption in Australia seems to match differences in convict influence, which could explain why New South Wales sometimes seems unable to shake off the waves of incestuous corruption. South Australia lacked the convict-based development we see in much of the rest of Australia. This could explain its somewhat stronger attachment to more principled, moralistic approaches.

Maybe the creation of  Pearls and Irritations owes much to  this disparity.

*The Japanese Tribe; Origins of Uniqueness. The Simul Press (Tokyo). 1968. 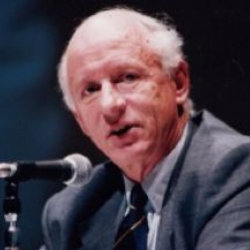