The incoherent narrative of the AUKUS nuclear powered attack submarines-SSNs 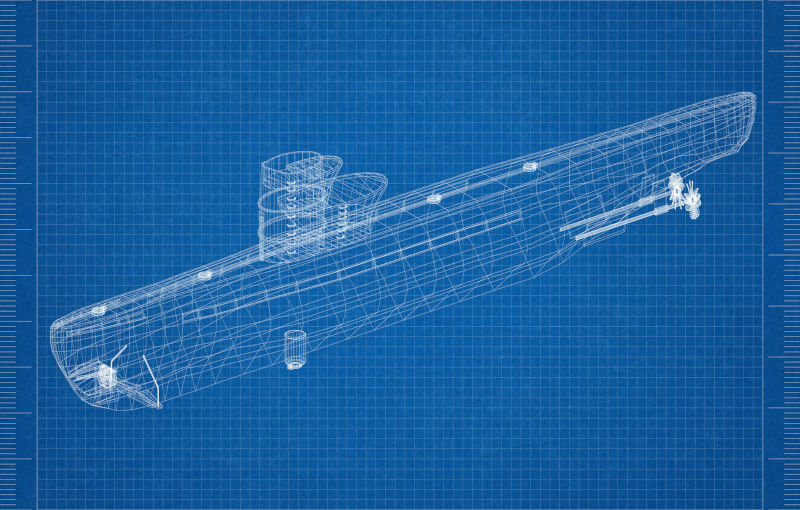 In the year since the government announced the AUKUS arrangements – especially that they involved Australia’s acquisition of a fleet of nuclear-powered submarines – the relevant communications on this centrepiece have veered from the boastful to the oracular. Ostensibly, they emanate from the inner sanctums of Defence and National Security, or those recently within them and should, therefore, be authoritative, coherent, and unambiguous, but they aren’t. Indeed, what is to hand is an unedifying spectacle of the pursuit of something unfeasible and internally contradicted which defies reconciliation.

These characteristics, moreover, are bipartisan. Even allowing for the fact that the ALP government inherited the AUKUS SSN decision under appalling circumstances orchestrated by the Coalition, the former has nevertheless committed itself to the project.

It has done so notwithstanding that it has commissioned a series of inquiries and reviews which, at their core, were designed to establish the predicate logic for Australia’s future strategy and force posture – and thus a hypothetical SSN – rather than provide an affirmation of the legacy settings of a government which acted unilaterally and deceitfully in such matters.

It is in this back-to-front context that the SSN pronouncements – which assume the need for such a platform – are most concerning. Quite apart from the extraordinary financial, infrastructure, crewing, legal, expertise, and national sovereignty challenges which beset the transition to SSNs, there is the prior question as to which AUKUS partner Australia might procure them from, when they might be delivered, and how the answers to these questions impact upon the RAN’s submarine capability.

The answer to the third question is relatively straightforward: under the most likely and generous time frame the existing Collins Class fleet, after being put through a Life Of Type Extension (LOTE), will start being decommissioned in 2040. By this stage they will be, approaching 45 years old, and likely to be unreliable, and almost certainly not fit for operational deployment. 2040, then, denotes extremely optimistic capability deadlines – first, for the Collins Class, and then its successor.

That said, optimally Australia’s SSNs need to be coming on line as the Collins Class boats are progressively decommissioned in the early 2030s. Accordingly, the questions become: who will build the SSNs so that they deploy as the Collins Class stand down? Short answer: neither the UK nor the US. And this was apparent to anyone paying attention from the outset.

Within days of the AUKUS announcement the US Navy’s Chief of Naval Operations, Admiral Mike Gilday, put Australia on notice by stating that it could take decades to both design the boast and create the necessary shipbuilding capacity and adequate oversight. Specifically, he stated that it will be “decades before the submarine goes in the water.”

In this assessment he was also cognisant of the fact that, given the existing Virginia Class SSNs were designed in the 1990s – a significantly upgraded version, or the successor class (SSNX) would be required by Australia, both of which would add to the delivery time.

Another authoritative report in the same period provided a similarly deflationary warning: namely, that should the Australian government decide on the American Virginia Class SSN, it should anticipate the likelihood that, over a life span of (say) 33 years, and an average deployment of 6 months, it will be at sea as few as 15 times.

Yet even more reports were published in this brief aftermath which outlined the chronic inability – over 25 years – of both the Royal Navy and the US Navy to adequately maintain their respective submarine fleets because of across-the-board shortages of parts, skilled workers, and under-capacity of dockyards.

None of this deterred the Defence Minister of the day, Peter Dutton, from announcing a week after the AUKUS launch, that he was amenable to leasing SSNs off the USN until Australia’s own boats were delivered.

This was followed, in late 2021 that progress towards acquiring SSNs had been accelerated. He recounted that, in the discussions with the UK and the US, there had been “no game-playing, no roadblocks” and the path was clear for Australia to take delivery of its first SSN in the early-mid 2030s. And it would be built in Australia.

Between then and the Australian general election in May 2022, according to Dutton (but by then Leader of the Opposition), a plan had been devised that not only radically revised this forecast but also effectively pre-empted the deliberations of the nuclear submarine task force charged with deciding between the UK and US submarine types.

According to Dutton, the plan involved the purchase of two of the Virginia Class boats off the Connecticut production line, by 2030, replete with crews comprised mainly of US submariners. He was confident, moreover, that the US would look with favour upon this arrangement – which included the provision that another eight boats would be built in Adelaide.

At exactly this time, Admiral Gilday was giving excoriating testimony before the Senate Armed Services Committee to the effect that America’s submarine (and surface ship) builders were inadequate to the needs of the US Navy.

This is a fact frequently emphasised for Australia’s benefit. In September 2022, the Executive Officer of the US Navy’s Strategic Submarines Program, Rear Admiral Scott Pappano, stated unequivocally that there was simply no spare capacity to meet Australia’s requirements.

A week later, the First Sea Lord of the Royal Navy, Admiral Ben Key, made the same point – saying that it would be “detrimental” for Britain to do so and that this was hardly a surprise.

Ironically, this could be serendipitous. Any decision in favour of the British Astute Class would have been a decision taken in the face of a record of underestimated technological challenges, significant delays, and massive cost overruns. By as early as 2009, the Astute programme was running nearly 5 years late and 53% over budget.

In such a procurement void for SSN acquisition, and the inevitable loss of submarine capability it entails, it is surely to be expected that clear thinking about realistic alternatives would dominate – but no – disappointment attends that hope.

In the interim the short-term policy solution is to proceed with the Collins Class LOTE which will provide the RAN with a nominal submarine force out to the late 2030’s, maybe 2040.

This rationale, in June 2022, and probably now, was advanced by then Chief of Navy, Vice-Admiral Mike Noonan, on the grounds that Collins “will remain a very capable submarine . . . until we see the nuclear-powered submarine.” In this he was also discounting the need for an interim non-nuclear-powered submarine to cover the transitional gap from Collins to SSN.

Less than four months later, however, during an ANU podcast, the recently retired Vice-Admiral Noonan appeared to retreat from his previous endorsement by conceding the obvious – that the Collins Class are and will become increasingly vulnerable in their traditional roles and areas of operations.

As for an interim submarine – sometimes called “evolved Collins Class,” or “Son of Collins,” this has been dismissed outright by the chief of the RAN’s nuclear-powered submarine taskforce, Vice-Admiral Jonathan Meade for reasons which reduce to it being unworkable and unnecessary.

By these lights, the present is incoherent and confused. And getting worse. In the past few weeks Noonan has suggested that, perhaps, Australia might opt for a hybrid SSN – one which combined Australia’s specific requirements – and evaded the disadvantages of a “straightforward,” binary choice.

A reasonable inference is that Admiral Gilday’s reservations concerning Australia’s acquisition of an ageing submarine type are manifest in this idea. But “bespoke” and/or “hybrid” are euphemisms for loss of capability, considerably increased costs and, extremely long delivery times – far beyond even those noted by Gilday.

Meade, on the other hand, had already rejected such a “bespoke” design. Worse, and interestingly, the RN’s First Sea Lord has stated his serious doubts concerning the willingness of the US to collaborate at the necessary levels on technology transfers – not just for submarines, but within the entire AUKUS project in general.

A variation on this theme is embedded in the latest chapter of the SSN saga and which also contains an insult to the forbearance of the Australian public. Contrary to the denials by the US and UK that they can meet Australia’s needs, the Wall Street Journal reports that the Biden Administration is exploring an arrangement by which Australia would acquire the first few of its SSNs from an expanded American construction line which would be funded by the Australian taxpayer.

If true, this would be contrary to assurances and reassurances that the boats would be built in Australia and amount to the export of Australian sovereignty, industrial-technological development, and highly skilled employment.

As entertainment, fables such as this might pass muster, but as a national defence debate and discussion it continues to alarm and certainly not to entertain. To the contrary it conforms once again to what in Erwin Schrödinger’s described as “joyfully isolated groups of experts” engaging in “virulently esoteric chat.”