The Jews of Asia: why Chinese Australians feel threatened 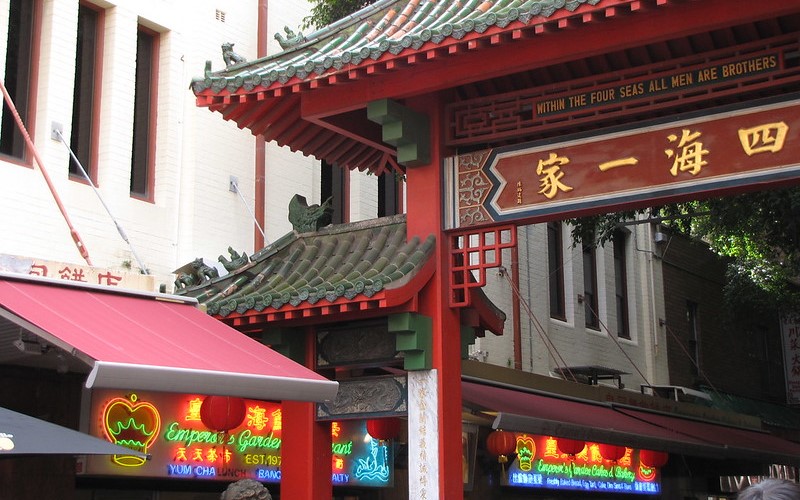 Playing the Chinese card may be politically rewarding for some, but it is the ordinary people in the street who suffer the consequences of this Sinophobia.

I would like to ask my fellow Australians this: “Can you imagine what it is like to live under a pall of suspicion that one day you would betray your own country to the enemy because you are of a certain ethnicity?”

The ethnicity I am referring to is Chinese and the “enemy” is China. Both are extremely difficult to define because there is significant political and cultural diversity among the Chinese living in Australia.  Moreover, Australia is not at war with China and continues to trade with China. Statistics from the Department of Foreign Affairs and Trade (DFAT) indicate that until mid-2021 Australia’s trade with China accounted for 31 per cent of its world trade.

Yet politics conjures up the image of China as the enemy and Chinese Australians as a potential threat to the country. This puts Chinese Australians in a dilemma and reminds me that about 50 years ago some of my European colleagues said that the Chinese were the Jews of Asia. They noticed that the Chinese were successful and disliked in the region. I was also told by a Danish friend that his sect of the Christian religion told him that the world would come to an end when the “yellow race” ruled the world.

If there is any validity in the comparison, then I would say that the job is made easier for Sinophobic Australians because we wear the “Star of David” on our skins. Moreover, the word “diaspora” to describe Chinese migration has a certain connotation to the original use of the word which lends greater potency to the fear of the “yellow peril”. In their two diasporas, almost the whole of the Jewish population were exiled, whereas the estimated 40 to 50 million Chinese (out of a total of 1.4 billion) presently living outside China amounts to only about 3.3 per cent of the total.

While the Jewish people through Judaism manage to establish a strong homogeneity and sense of nationhood, the overseas Chinese are very diverse both culturally, religiously and politically. Moreover, there can be no real comparison because no one has ever suffered as much from persecution and murder as the Jewish people in World War II. Regardless of the validity of comparison, when a minority is targeted, there are many similarities.

Playing the Chinese card has shown to be politically rewarding in countries such as Malaysia and Indonesia. History indicates that whenever there was political turmoil in these South-East Asian countries, innocent Chinese people were killed, their women raped and businesses burnt (for example, when Suharto overthrew the government of Sukarno in Indonesia in 1966).

Many of these Chinese have found a safe haven in Australia. What concerns a number of Chinese Australians is that the recent geopolitical conflict with China is spilling over to affect ordinary citizens. CNN reported on January 16 the disquieting news that a 40-year-old Asian American woman, Michelle Alyssa Go, died when she was pushed onto the track of an oncoming train in New York. Also reported is a rise in attacks on Asian Americans across the US that is said to have worsened since the start of the Covid-19 pandemic. There was another reported case in New York’s East Harlem of a 62-year-old Asian man being bashed in the head in an unprovoked attack. He died from his injuries a month ago. Jo-Ann You, the executive director of the Asian American Federation, said Go’s death was a reminder that the fear of anti-Asian violence in her community was well founded.

While it may be rewarding for some Australians with political and career agendas to play the Chinese card, unfortunately the unintended consequences are enacted out and suffered by the ordinary person in the street. Chinese carrying out normal business transactions of buying properties, businesses or other legitimate activities are accused of attempting to take over Australia “by other means” – a charge against which no one has a defence.

This is what politicians, writers and the mainstream media mean by “the silent invasion”. Has Australia, the US or the UK never spied on others or attempted to buy influence in other countries? In the past, when the “others” were much weaker, they never had to. They just took over and called it a colony. What is the function of ASIO, MI6 or the CIA or even physical installations such as Pine Gap? How do other countries react to the spying carried out by these erstwhile colonialists? By pushing innocent Americans or Brits or Australians onto the path of oncoming trains?

One of the most immediate consequences of such unreasonable and unreasoning acts of politicking is that “countless Australians of Chinese heritage, from all walks of life, have said that they fear speaking in public about China, because if they say anything positive about the PRC they will be called communist sympathisers or outright stooges of the Communist Party”, as stated by Linda Jakobson in Pearls and Irritations (Oct 26, 2020).

When people are afraid to speak in a democracy, it is an early sign that the democracy is threatened, not from outside but from within. As Mike Scrafton put it so eloquently in P&I (Jan 18, 2022): “Without the abiding principle of tolerance for difference, democracy is no better than autocracy in securing liberal values and civil rights. That’s the threat.”

Jaq James in a recent report highlighted in P&I sums up the consequence of all the dishonest claims and charges with the following quote from Voltaire: “Those who make you believe absurdities can make you commit atrocities.”

Well, how does it feel? It is like the feeling you get when you are aware that white ants are gnawing away at the foundation of the safe haven you call home.