The last pope of the Second Church? 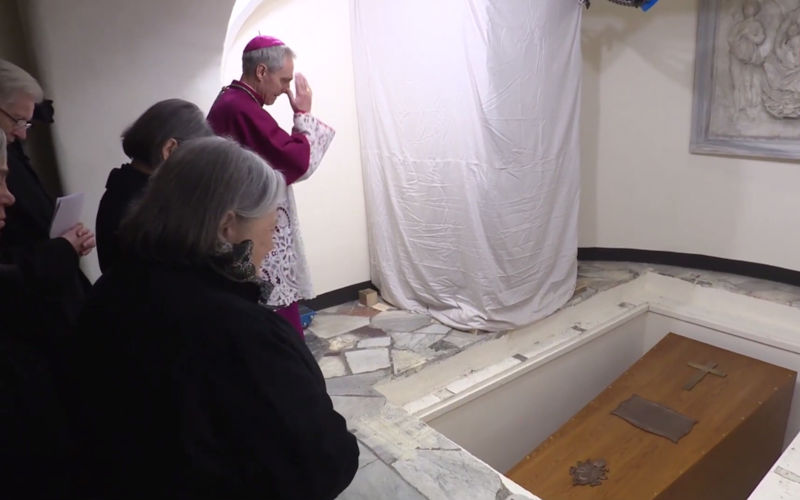 In the middle of the last century, theologians began speaking of a “Third Church.”

The First Church grew in the Mediterranean basin from its birthplace at the eastern end of that sea to include North Africa and southern Europe. It continues a somewhat tenuous existence in the Churches of the East.

The Second Church was the fruit of Christianity’s expansion into Western Europe and the Islamisation of North Africa and the Middle East.

Its split into West (Catholic) and East (Orthodox) contributed to a focus on Western Europe that was not greatly disturbed by the further fracturing of unity from the sixteenth-century Reformation on.

Rome (Catholic), Canterbury (Anglican), and Geneva (Reformed), all of them Western European cities, are handy symbols of an internal breakup that still left the greater Second Church intact as basically a social, philosophical, and theological European entity. For some 1,500 years, it has been the face of Christianity for the world.

Now most Christians are living their faith at various points along a road to something so new it can be characterised as a Third Church. Like all major journeys into the unknown, reactions run the gamut from refusal to join the flow to excited heedless dancing down a not-always-clear road.

Perhaps the first large-scale sign of change came with Vatican II when pictures of the gathered bishops showed faces from Africa, Asia, Latin America and Oceania. Similar faces were increasing at gatherings of Anglican and Protestant parts of Western Christianity.

While forms of worship, thought, and administration remained almost totally European it was clear that something was happening within the Church that might one day remake Christianity.

One theologian who apparently saw what was coming and tried to slow or at least steer its momentum was Joseph Ratzinger. He was not a reactionary, but a true conservative who hoped to protect the only form of Christianity he knew, a Western one.

Ratzinger was a notable example of a Second-Church theologian, immersed in Western ways of faith and perceptively wary of trends in Europe and the world at large that threatened a 1,500-year legacy.

Apparently, he did not see the crumbling of the Second Church as a prelude to the building of a Third. So, he dedicated himself to the restoration and protection of what had been. When he became pope, he chose to serve under the name of the sixth-century patron saint of Europe, Benedict.

Much of what he did as theological advisor to Pope John Paul II and later as Pope Benedict XVI was aimed at holding back the tide of change that was, and is, lapping at Western Christianity.

The encouragement he gave to those who wished to use the pre-Vatican II liturgy and the Latinising of vernacular liturgical translations despite the clumsiness and downright ugliness of the results were examples of this.

In Asia especially, Ratzinger used his power as prefect of the Congregation for the Doctrine of the Faith and later as pope to persecute local theologians who attempted to explore faith using intellectual and spiritual tools that did not arise from European roots.

However, as the American poet James Weldon Johnson wrote, “Your arm’s too short to box with God!” Ratzinger’s attempt to hold back the work of the Holy Spirit confirmed by an ecumenical council could not prevail.

When he resigned, he was succeeded by Pope Francis who though ethnically and culturally a Westerner is a non-European. That is one more step along the road to a post-Second Church world.

What will the Third Church look like? My crystal ball is no less cloudy than anyone else’s, but it is possible to discern in the mist called the future a few characteristics that will be salient features of that Church, or the Church in that phase of its journey toward the Kingdom.

Already the typical Catholic Christian is no longer a white male. A visual portrayal of the Church today must be a woman “of colour.” A poor woman. She does not live in Europe. Her personal connection to Christianity goes back only a generation or two. She probably lives in an area where Christians hold little or no economic or social power. It is likely she faces discrimination or even persecution for her faith. Her history, interests, and concerns do not involve Europe at all except, perhaps, as a holdover from a colonial past. She is one of the mothers of the Third Church.

Joseph Ratzinger brought to his futile crusade on behalf of a fading style of Christianity commitment, rigorous scholarship, humble piety, and, perhaps, the honesty to admit defeat.

He was an apt figure to be the last pope of the Second Church as it begins its transition to a new era in the history of the People of God.

There may be other Second-Church popes in our future, but they will appear more and more as the residue of a passing era and will probably not measure up to Benedict, the last true pope of the Second Church. Website | + posts
William Grimm, a native of New York City, is a missioner and presbyter who since 1973 has served in Japan, Hong Kong and Cambodia.

A graduate of the Columbia University Graduate School of Journalism in New York, he is the publisher of UCA News. Based in Tokyo, he regularly contributes columns. He is also the presenter of the popular Sunday homilies telecast through UCA News each week. A collection of those homilies has been published as Dialogue of One.