“No relationship more important” than China for Australia 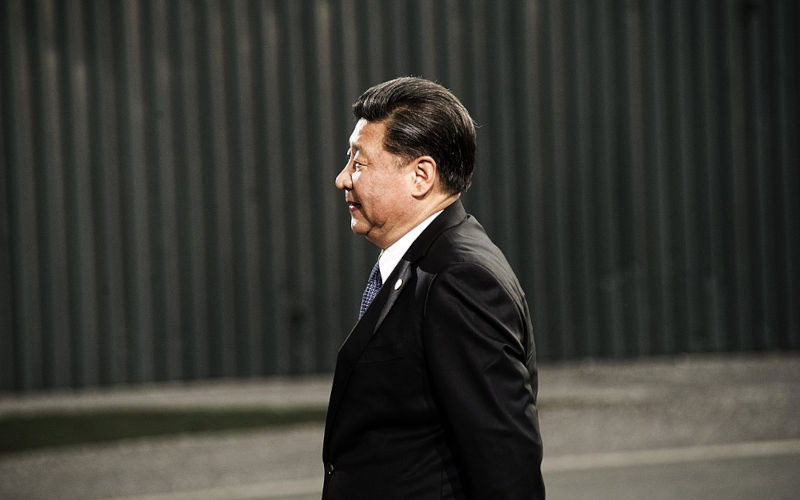 Xi Jinping is the only foreign head of state who has visited all Australian states and mainland territories, very warmly welcomed. Let’s not accept the blarney that he’s changed. He’s had to fight a lot and has a bad press in the west, engineered. As Bob Hawke once said: “There is no relationship Australia has that is more important than our relationship with China.”

The government has in a curious way set as the pivot point in our modern strategic history John Curtin’s shift in subservience to the US from the UK eighty years ago. At that time we were chest deep in the White Australia Policy and a major export was apples to the UK from Tasmania. Those things among many others were changed in the 1960s and 70s. We became a decent multicultural country integrating with our region.

The shift of recognition from Taipei to Beijing by the Whitlam government in 1972 is the Big Thing, but we should be aware of more history.

In the period of the revolutionary war, the civil war between the Communist Party [CPC] and the Nationalist Party [KMT] in China, the United States had an embassy with the KMT and a mission to the CPC.

Three things of relevance happened in the end of the 1940s

1. The KMT lost the civil war in China, moving to Taiwan, part of China from the 1600s, well before Cook claimed Australia. The KMT continued with territorial claims greater than the new Beijing government. The Peoples Republic was proclaimed by the CPC in Beijing on 1 October 1949. Loyal American foreign service officers who had been with the mission to the CPC were dragged through the un-American affairs and miseries of rising McCarthyism: who lost China? Was the demand.

2. There was from 1945 a messy division of the Korean peninsula with the USSR occupying the north, and the US occupying the south. The Korean War broke out in June 1950.

3. The US, with war in Korea (Truman initially called it a police action) moved the Seventh Fleet into the Taiwan Strait, to protect the KMT. I note that the Taiwan Strait is narrower than Bass Strait. The US also clamped on an embargo and sanctions, preventing any contact of any kind between US citizens or businesses or government, with the China mainland.

In ensuing years, there was no legal obstacle to Australians visiting China, but the businessmen who went there did so very quietly. A delegation of churchmen in about 1957 was pilloried by government and media.

The ‘Great Leap Forward’ in China required everyone to melt down their tools and kitchenware to make useless local pig iron, abandoning work in the fields. This collided with major drought, and there was great famine in China, especially in the cities. The Australian Government, the Country (now National Party) leader Deputy Prime Minister John McEwen authorised the Wheat Board to sell wheat to China. The correspondence from President Kennedy’s Secretary of State Dean Rusk, demanding that we not do that, is on file. Our wheat sales in a crisis time were engraved in China’s positive attitude to Australia.

1. As the Cultural Revolution was still persisting, our embassy in Beijing had very little access to anyone, until the beginning of the 1980s.

2. The apogee in our relations, in full breadth, was in the mid 1980s when Hu Yaobang was general secretary of the CPC. When Hu visited Australia in April 1985, Prime Minister Hawke made only one amendment to his draft speech for a parliamentary lunch, adding the words “There is no relationship Australia has that is more important than our relationship with China.” The shift to building a broad based relationship with China had been initiated by the Fraser Government in a cabinet decision in 1980 with more than twenty new or boosted elements. The submission spoke of a relationship that would be valued by any successor government in China… but in drafting that I also meant any successor government in Australia.

3. In China, Hu, advocating greater cultural and political freedom, lost out to Deng Xiaoping, who only wanted economic reform, and was appalled by what Gorbachev was up to with Glasnost in Moscow. In 1987 Hu was purged and in 1989 it was his death that precipitated mass demonstrations, beginning on the day when Chinese respect ancestors, that led to a standoff in Tiananmen Square, with the leaders of the demonstrations essentially saying to the government, as arts and writers leaders had earlier said to Hu: freedom is freedom and you have no authority to give us bits of it. A secret meeting of CPC dinosaurs organised by Deng in late May declared martial law and military forces were sent into central Beijing on 4 June 1989.

In my editorial page commentary in the SMH next day I said that these party leaders did not have the intellectual framework to deal with the situation. Later it was apparent that Australia did not either. At that time, per capita, Australian visitor to China outnumbered all others. The Hawke government was deeply attached to Hu Yaobang but largely unaware of internal issues in China. For the US, which counted nothing but Deng and the commercial relationship, there was no such problem.

5. The crash in our relations with China began in 2017 when the son of my successor in Beijing Ross Garnaut was working for Prime Minister Turnbull. John Garnaut wrote a paper for the government which later was published here, A lengthy intelligent rebuttal by Christian Sorace was republished by John Menadue in 2019.

John Garnaut’s essay had international repercussions. He was in close with ASPI, ASPI with conservative republicans, who place ASPI material before the senate and is retailed as official American muck. ASPI now has a Washington office, opened by Marles.

The poison of this ideological claptrap against ‘ideology’ poisoned Australia. The pogroms against academics and politicians, the demands of universities that applicants for PhD and beyond name anyone they’ve had a relationship with who had any connection to China, the rage against the Port of Darwin (now building another one for the Americans) the expungement of Belt and Road from Victoria and our astonishing vanishment now into Marlesworld.

Xi Jinping is the only foreign head of state who has visited all Australian states and mainland territories, very warmly welcomed. Let’s not accept the blarney that he’s changed. He’s had to fight a lot and has a bad press in the west, engineered.