The militarisation of Australian history: its origin

C.E.W. Bean’s account of Australia’s entry into World War I is misleading. It has a deliberate imperial bias. It was propaganda. 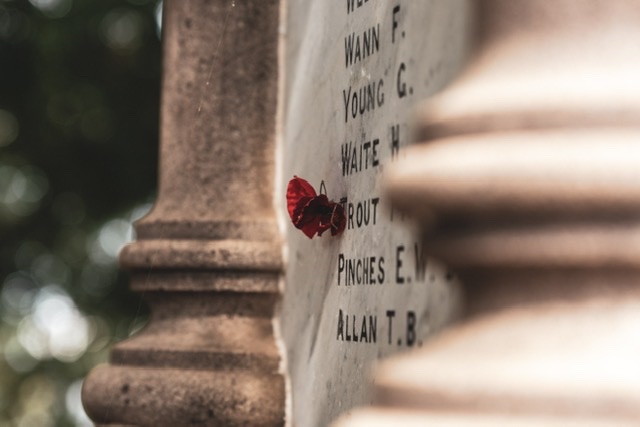 Research and analysis of primary source records held in the UK lead to a different understanding of this important event in Australian history, an understanding that is counter to the popular view that is currently held.

Bruce Haigh and Marilyn Lake have recently posted articles on the subject of militarisation in Australia. At the forefront of this process is a military history industry engaged in the ‘militarisation of memory’, consolidating our mind-set of colonial dependency at the expense of our national sovereignty. To begin to understand this charge we need to turn to the foundation stone.

It is vital that we understand that the historical accounts of our entry to WWI have been erected on a corrupted foundation, the very base for the ‘Howard history of Australia’. It commenced with C.E.W. Bean’s official history which covered-up and distorted the history of what happened in this country before August 1914. Bean gave us a biased imperial account that was clearly designed to emasculate the significant body of independent Australian thinking on defence. Bean’s nationhood was conceived in deceit and born on an imperial military operation at Gallipoli. It was propaganda.

Bean wrote that, before the war Australians ‘had tended to act as a nation of themselves’. He had to acknowledge this because he was writing for people who had witnessed the development of an independent national defence strategy, while rejecting proposals from Britain to contribute men to form an imperial military force to operate under British control. But, with the outbreak of WWI, Bean wrote that, ‘the attitude of Australia was from the first perfectly definite and united’. That concluding comment is seriously in need of qualification.

Australians of the first decade of the 20th century perceived Japan to be the major threat to their security. But, in 1902, Britain and Japan signed the Anglo-Japanese alliance, a development of some concern to Australians, who had embraced the ‘White Australia’ policy a year earlier. The alliance made good sense from the British perspective, relieving demands on its navy in the east.

The Royal Navy had been built and maintained on the ‘two-power’ standard which determined that Britain’s naval power could surpass the strength of the next two most powerful navies combined; at that time, France and Russia. Maintenance of the ‘two-power’ standard became prohibitively expensive. The additional problem for Britain was the concurrent conduct of the Boer War, which had far exceeded financial estimates while being much more demanding of military effort than anticipated. Finance at the expense of strategy was becoming the critical issue.

Britain’s determination to develop its relatively weak military capability motivated Britain to put the screws on the colonies to contribute military forces to an imperial military force under British control. Colonial Secretary Joseph Chamberlain put this proposal to the colonies at the Colonial Conference of 1902. But the colonies wanted no part of such a proposal; to contribute men and equipment to imperial operations over which the self-governing colonies had no control was unacceptable. A similar proposal was also rejected at the Colonial Conference of 1907. The primary role for Australia’s military forces was the defence of Australia.

World naval rankings changed when the Japanese navy destroyed the Russian fleet at Tsushima in May 1905. Britain was content with this result; it enhanced the security of its imperial possessions in the east, while easing a potential threat in Europe. But, as a result of the Japanese victory, Australians became deeply concerned about their own security. This led to the development of an Australian defence strategy under the leadership of Prime Minister Alfred Deakin.

In December 1907, Deakin announced that his government would establish an Australian navy. Universal military training would also be introduced for boys and young men. Deakin believed that Australia had been too quick to copy the British military model. British military practice and training would be modified for Australian requirements. Australian officers would come from all social classes, not just the elite as in Britain. An Australian defence industry would be established to make Australia as self-sufficient as possible. Pointedly, Deakin announced that: ‘We are at the very beginning of a period of development which I trust will be as thorough and complete as that of Japan.’ And, to the dismay of the British authorities and Australians of an imperial mind-set, Deakin added that his government was ‘not preparing for any expeditionary adventures outside Australia’.

Despite Deakin’s plans in 1907, on 1 November 1914, an Australian expeditionary force embarked from Albany in Western Australia escorted by the Ibuki of the Japanese navy. The basic organisational unit of the force was the battalion, which had been introduced recently into the British forces specifically to satisfy expeditionary requirements; the battalion organisation had been designed as a cohesive fighting unit that could be transported by ship.

The turning point was the Imperial Conference of 1911 in London, which Australian Prime Minister Fisher, Defence Minister Pearce and Foreign Affairs Minister Batchelor attended. The British authorities aimed to draw the colonies into an imperial military commitment. Britain knew that colonial volunteers would come forward in the advent of war, but the critical issue was that, to be effective, they had to be equipped and organised to function in a short space of time. This required a commitment from colonial governments to establish factories and to begin planning well in advance of a war. The British authorities also knew that Australia’s primary fear was Japan.

War Office staff had commenced contingency planning in 1909 for a war in Europe where they envisaged Germany would advance into Belgium. But, in a special meeting of the Committee of Imperial Defence (CID) in 1911 to which the colonies had been invited to participate for the first time – it was part of the seduction – the British strategists deliberately avoided mentioning any such planning. They calculated that, if the colonies knew the truth – that Britain was planning for a major European war – then they might not want to be involved at all. So special care was taken to dismiss Germany as a security concern at that time; even the prospect of a war in North-West Europe was deliberately avoided. Instead the British authorities rubbed the raw nerve of Australia’s fear of Japan.

They told the colonies that Japan was likely to become a problem in 1915 when the Anglo-Japanese alliance was due for renewal. The Japanese were upset with Australia’s White Australia policy, they said, and were building warships in anticipation ‘of the alliance coming to an end in 1915’. Japan also had an army of over one million men ‘available for overseas service’. This filled the Australians with fear; it was palpable. Immediately, they were eager to engage in imperial plans, plans that were based on a contrived policy of military cooperation as enticement.

So the Australians, expecting British assistance if Japan attacked, agreed to participate and to commence preparing for an expeditionary force to fight in some future war against an unspecified nation. And that is what the Australians proceeded to do. The talented men who managed a world-wide empire had comprehensively outsmarted the colonial simpletons, still glowing with self-satisfaction that they had been invited to participate in imperial defence planning at the exalted CID.

On returning to Australia, the Fisher government made significant increases to defence funding: immediately the defence budget was given an increase of £600,000. Defence expenditure quadrupled in the next four years, to an amount that constituted 31% of the federal budget; it became a contentious issue in itself.

At the time, Pearce publicly defended the expenditure on the grounds that Australia had to be prepared for an Asian attack. But, forty years later in 1951, Pearce wrote that the pre-war defence preparations were a response to the advice that he received at the 1911 Imperial Conference about Germany. Pearce wrote that, in 1911, the Australian delegates came ‘unanimously’ to the view that ‘a European war was inevitable and that it would probably come in 1915 when the preparations that Germany was making were complete’. That was a lie.

There was never any doubt that there would be Australian volunteers to fight with Britain at the outbreak of any war. The speed with which the first contingent of the AIF was raised and equipped – 6 weeks – was only possible because such an outcome had been in planning and preparation since 1911. But, significantly, according to Bean, there had been no prior planning for an expeditionary force to fight with Britain. Bean wanted us to interpret the quick raising of the initial contingent as an act of spontaneous loyalty to Britain, without qualification.

Between 1911 and 1914, Australians were never told the truth of what was taking place. One very good reason was that universal military training for Australian males – young boys and teenagers – had been introduced in 1911. Another was that imperial service was a sensitive issue for the Fisher Labor government, as the subsequent conscription plebiscites would demonstrate. It was a potentially volatile political situation. General Sir William Nicholson, Chief of the Imperial General Staff, had cautioned colonial representatives at the 1911 Imperial Conference that, when developing plans for expeditionary forces in the colonies, ‘We should do this thing quietly … because I am sure in some of the Dominions it might be better not to say anything about preparations.’ Pearce agreed, adding: ‘I quite recognise that and I suppose we have as large a proportion of that kind of people in Australia as there are anywhere else.’ So it was done ‘quietly’.

This is what Bean’s account covered-up: political manipulation in establishing a smooth, trouble-free entry to war; as he put it, ‘Australia was from the first perfectly definite and united.’

From 1911, when the Australian government began secret preparations, it was not Germany that was uppermost in its mind. Its greatest fear was that Japan posed an immediate threat to Australian security and would probably attack Australia in 1915. Not anticipating the extreme demands of a European war, it believed, or hoped, that, if Australia provided an expeditionary force to assist Britain, then the Royal Navy, at least, would come to Australia’s assistance when Japan attacked.

For more on this subject see John Mordike, ‘“We should do this thing quietly”: Japan and the great deception in Australian defence policy 1911-1914’, 2002. A copy is freely available for reading at: https://trove.nla.gov.au/work/33192458