During the weeks and months of restrictions this year, I became addicted to the British TV crime series Vera. Vera is moody and temperamental, but she gets results, with no sex, no romance, no ghosts or extra-terrestrial influence, just terrific acting and good mystery. So let’s ask the question of Vera, “Who killed 2020?”

There is no doubt that 2020 is dead. First, gangrene set in. Its limbs became uncoordinated with isolationism and tribalism (think of Brexit). Then the heartbeat slowed and stopped. For a while people thought it was just in a coma and waited for it to “get back to normal”, but even now there is no pulse. Some still hope 2020 could be revived, but the doctors say it could never be like it was before. So, who or what killed it?

There are three main suspects whose photos I would post on an investigation board.

This dangerous international criminal, first identified in Wuhan, central China, is now wanted by Interpol and the WHO and has an international network and a brazen ability to cross national and political borders. The Australian Prime Minister decided that Covid-19 was the villain back in April, “This is a virus that has taken more than 200,000 lives across the world. It has shut down the global economy. The implications and impacts of this are extraordinary. Now, it would seem entirely reasonable and sensible that the world would want to have an independent assessment of how this all occurred.” Nevertheless, Covid-19 seems to be a criminal with at best sub-human intelligence and is hardly likely to have been the mastermind behind the cunning killing of 2020 unless it had substantial assistance or direction from other players.

So we move on to Suspect Two: Xi Jinping.

Xi rose to leadership in Beijing eight years ago by knocking off his rivals one by one and has secured a position as President for life of the People’s Republic of China, Chairman of the Central Military Commission and General Secretary of the Chinese Communist Party by suppressing all internal opposition and promoting narrow nationalism. Domestically, Xi focuses on preservation of sovereignty and territorial integrity, and any campaigns for increased powers or even, perish the thought, independence for regions such as Tibet, Xinjiang or Hong Kong, are promptly squashed. He applied equal force as soon as Covid-19 emerged as a threat, with possibly the strictest lockdown in world history. Internationally, Xi promotes China’s national interests, confident in the belief that the rest of the world needs China to maintain their economic growth while China is less dependent on trade and foreign investment. In this regard, he chiefly relies on soft power, although he is also amassing considerable hard power in keeping with the country’s emerging superpower status, but this soft power has proved remarkably ineffective and has instead created a backlash and raised barriers to any thought of expansion that were not there before. Even his prized Belt and Road Initiative is floundering as Chinese and international lending has dried up. Regarding the murder of 2020 under investigation, so far no Chinese weapons have been found at the crime scene. At this stage it seems further investigations are required; Xi cannot be ruled out until we have more forensic evidence that might show that the victim died of cyberattack or other subtle use of force.

Our next suspect would like us to believe that he is the greatest in every respect, including, presumably, the death under investigation. He is Suspect Three: Donald Trump.

The President of the United States, who made his money in real estate development, a notoriously untrustworthy profession, claims to be an accomplished dealmaker. Early this year, he spruiked “the biggest deal ever seen”, the “phase one” trade deal with China, including a Chinese commitment to purchase an additional $200 billion in American goods above 2017 levels by the end of 2021. By the end of the year, it is clear that this deal has damaged the American economy and not solved any of the problems that led to it. The New York Times reports that Chinese exports to the US jumped 46.1 percent in November to reach a record $51.98 billion. Back in 2016, Trump consistently blasted China for the loss of jobs and theft of intellectual property and said, “We can’t continue to allow China to rape our country.” Mike Pence and Mike Pompeo have all along been outspoken critics of China’s repression at home and aggression abroad. Export controls have been tightened, investments screened, technology companies challenged, and the Belt and Road Initiative restricted. On the other hand, Trump used to praise Xi’s response to the spread of Covid-19 on numerous occasions, and only changed his tune when the virus began to take a toll in the US. This haphazard decision-making means that he is an unlikely murderer, since murder implies not simply a whim but a valid intention to kill. Did Trump have a purpose or plan to do 2020 to death? I think not, and if he had, surely he would have claimed his success as one of his great achievements.

It is however possible that some of Trump’s knights at arms might have heard his call, “Who will rid me of this turbulent year?” and done the deed for him, so there are other suspects who can’t be ruled out: Benjamin Netanyahu and Jair Bolsonaro come to mind. The board is not big enough to post all their names so I will put up just one: Suspect Four: Scott Morrison.

Morrison’s attacks on Covid-19 and Xi Jinping’s administration usefully diverted attention from some of his domestic problems and neutralised the local opposition. For instance, his denunciation of a tweet by an official in the Information Department of the Chinese Ministry of Foreign Affairs caught press attention that might have focused instead on the atrocious bungle of his government’s “Robodebt”. It is suspicious that the Ministers for Foreign Affairs and Defence risked the very real hazards of international travel during the pandemic to fly to Washington for meetings with Pompeo instead of communicating by Zoom like the rest of us. A prolonged campaign to pin the blame for murder of 2020 on China has served neatly to justify revision and upgrading of national security legislation and, on the last sitting day of Parliament, to pass a new law allowing Canberra to tear up international agreements signed by state governments, local councils and universities that may undermine foreign policy.

None of this evidence however is sufficient to convince a jury. It seems that we will have to wait for the forensic report while continuing to keep all suspects under surveillance.

This piece was presented at a meeting of the New South Wales Branch of the Australian Institute of International Affairs on 15 December 2020 as part of a panel discussion of developments during the past year. 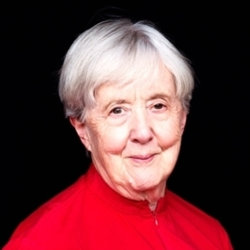