The Nationals and their dangerous search for relevance 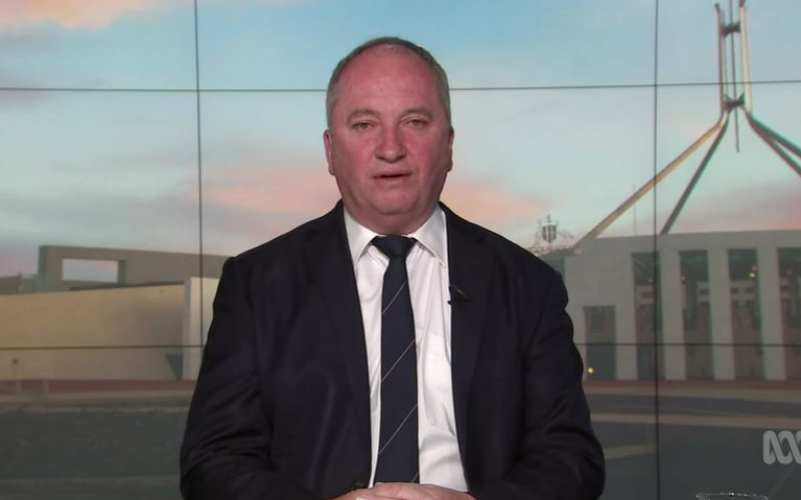 Every deputy covets their moment in the sun. This can usually be arranged without harm. In the case of Barnaby Joyce little appears to come without harm.

The prime minister has taken the extraordinary step of inviting Barnaby Joyce rather than the Parliament to determine Australia’s economic and environmental journey and future within the global community. Now I know Joyce continually says this is not about him, but about the party room. But the fact of the matter is, he is the leader. He ousted a leader who would have signed on. It is all about him, he has made it about him, this is the reason he became “leader”.

I woke on Monday October 18 to hear the National Party needs more time to consider the PM’s plan for net zero carbon emissions and wondered whether I should laugh, cry, or be very angry. In fact, I felt despair, not only, but primarily, for the planet, but also for the absence of national leadership and the prospect of a dismal future for Australian democracy.

What kind of country do we live in where it is possible for a mere handful of people to decide the most important policy direction this country is likely to take, not simply this year, or even this decade, but without much exaggeration, in our lifetime? In a democracy one would assume decisions that affect everyone would be made by the majority. Joyce apparently thinks they should be held captive to a tiny minority.

It is clear a substantial majority of the Liberal members of Parliament support the proposed 2050 net zero target and by implication a strong 2030 commitment, for the one will not be achieved without the other. It is known that within the Labor Party an overwhelming majority exists for decisive climate change action. From the Greens this commitment is a given. Many (most) of the independents gained office because of a stronger environmental commitment, and within the National Party itself support for stronger commitment can probably be found in half its membership.

So, how is it even remotely possible for a handful of people, probably in single figures, to hold so much sway? Joyce has the temerity to say the Nationals will not be held to ransom. Who does he think is being held to ransom here? Joyce’s party gains about 5 per cent of the national vote and even within that vote there are many who support stronger environmental action.

What is involved in Coalition shenanigans has little to do with the environment, or regional Australia, or agriculture, or jobs, or least of all, integrity. It has everything to do with internal political party machinations. The Coalition rules with a knife edge majority. In present circumstance it will be fighting to hold power, let alone increase its majority. It needs every seat it can muster. A fracture in the Coalition could be disastrous for Scott Morrison, as much as I am sure he would love to rid himself of the maverick Joyce.

There is a way forward. Morrison could put his plan for net zero emissions to the Parliament. It would be passed with an overwhelming majority even though many would like it to have gone much further. The Australian population would not forgive failure of the good that is possible on the altar of a utopia which is not politically deliverable. Democracy would be greatly enhanced if votes were made as conscience rather than party dictates. It should be normal for legislation proposed by independents to be given impartial and fair consideration. Neither of these options is currently tenable.

Let me bell the cat. Members of the National Party who are opposed to climate action are not seeking to protect regional Australia, they are seeking to save face having for decades backed a horse that is now running last. Backing the same tired horse is to condemn constituents to a sidelined passive existence while the rest of the world moves on. From agriculture to the Business Council of Australia, there is no section within Australian civil society that is not committed to a post-carbon world.

Given movement to a post carbon world is now inevitable the question every National Party member should be asking is, “how can I ensure that my constituents are assisted in the transition of their businesses so that they gain maximum advantage from this new economy”.

This is a very different question to the one currently being asked, even boasted about, by Joyce. Namely what is the highest price that can be leveraged for agreeing to sign on? How far can the taxpayer be screwed for projects of dubious value, but which shore up National Party relevance in fossil fuel dependent electorates. In other contexts, a most unpleasant word with criminal consequences would be used to describe such activity.

Please, please, members of the political class, face the irrefutable fact that unfettered climate warming will have catastrophic consequence for future generations.

Had we acted as we should, and could, at least 20 years ago, Australia would already be on track as a post carbon world leading economy with a much stronger industrial base and the capacity to adequately compensate those whose lives are most affected by the change.

The longer this is left, the harder and more expensive this will be. No action or inadequate action will hit agriculture very hard, the very constituents the Nationals claim to represent. But of equal seriousness the vast opportunities a post carbon economy offers, especially in regional Australia, will be denied those who could benefit most.