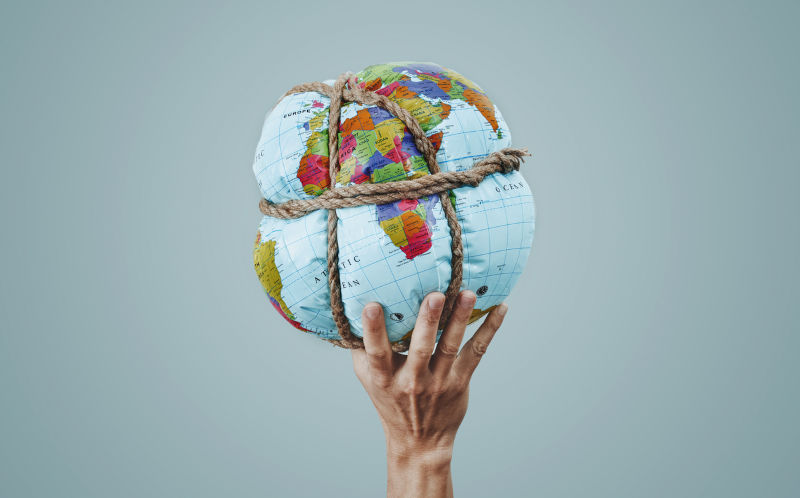 An important debate is developing in Pearls and Irritations on the need to reduce consumption. In his article “Labor’s Environmental Denialism”, Stephen Williams acknowledged several positive steps being taken by the Labor government to help protect the environment, and then argued that Labor was failing to address the fundamental drivers of environmental disaster, which he identified as growth in the economy and population.

Williams wrote that Labor is maintaining “its long-held environmental denialism”, defining denialism as “the rejection of strong evidence when it doesn’t suit your ideology or political agenda”.

In his reply, Roger Beale listed several environmental successes and claimed that capitalism was responsible. He then implied incorrectly that dynamics of technological innovation underlying the current rapid growth in renewable energy will solve the climate emergency.

To the contrary, if energy consumption continues to grow, renewable energy will be chasing a retreating target and, almost certainly, will be unable to overtake and replace fossil fuels by 2050. The peer-reviewed studies that make this case have been published for both Australia and the world.

The partial environmental successes that have been achieved around the world were not the result of neoliberal economics but rather of campaigns by the community-based environmental movement that forced governments to introduce legislation, regulations, environmental taxes (in some jurisdictions), and intergovernmental agreements.

Scientific research shows that we have exceeded planetary boundaries – in climate, freshwater, land use, and biogeochemical flows – and have almost reached the boundary in ocean acidification. At present levels of consumption, greenhouse gas emissions are increasing again after a brief pause in 2020. The consumption of materials and the production of wastes are increasing, forests are shrinking, groundwater is being used up, freshwater is over-used and polluted, soils are being depleted, and essential elements such as phosphorus are being dispersed into the oceans.

The world is still following the ‘business-as-usual’ scenario of the Limits to Growth report towards the likely collapse of civilisation within a few decades. Contrary to the claims of some neoclassical economists, Limits to Growth has not been refuted. In 2019, a major report by an interdisciplinary team of 28 authors from around the world found that “The fabric of life on which we all depend—nature and its contributions to people—is unravelling rapidly.”

Beale’s article is an example of environmental denialism. It is contradicted by a large and growing literature presenting the detailed case for a reduction in consumption by rich countries and rich individuals (see e.g. books by Jason Hickel, Giorgos Kallis, Tim Jackson, and Kerryn Higgs).

Contrary to the dogmas of neoclassical economics, continued economic and population growth does not increase human well-being or happiness among the rich. Yet it is the rich, including most of us – readers of P&I – and many of the elites of the Global South, who have by far the biggest environmental impacts.

An apt saying, attributed to Gandhi, is “The rich must live more simply so that the poor can simply live”. Ending the growth in consumption of energy, materials and land, and the growth in population, of the rich countries, would not deny less developed economies the opportunity to pull people out of poverty. Instead, it would create environmental “space” for growth in the Global South.

However, the Global North must assist the greening of growth in the Global South, as well as ending its own growth and greening its economy. It could do this by funding the transfer of ‘green’ technologies to the South and increasing the demand for imports of ‘green’ products from the South.

If the North were serious about the sustainable development of the South, it would cancel the latter’s sovereign debt, or at least convert it into development finance––but that’s another story.

To commence the transition to a steady-state economy for the world, we do not need to “convince humans that they should not strive for better material living conditions”. To the contrary, through some redistribution of wealth and income, both between and within countries, a steady-state economy could allow better living conditions for the vast majority of people. Together with that redistribution, policies to provide Universal Basic Services would reduce the desire for endless growth in consumption.

Environmental sustainability and social justice can and must be achieved together. They are connected by the fact that the rich are the greatest polluters and by fundamental ethics as expressed, to some degree, in the United Nations’ Universal Declaration of Human Rights and Sustainable Development Goals. However, the latter are flawed by the assumption that continuing economic growth can be sustainable (Goal 8) and by the failure to recognise the need to limit global population.

The transition to a steady-state economy, defined above in physical terms, would not be easy. It requires action on international, national, state, town and local community scales to reduce consumption by the rich and to “green” everyone’s consumption. But the alternative – denying the magnitude of the problems and being satisfied with small gains in environmental protection and social justice – is likely to lead to the collapse of civilisation as we know it, before the end of this century.

Dr Mark Diesendorf was originally a physicist who expanded into interdisciplinary research on energy and sustainability. Previously he was Professor of Environmental Science and Founding Director of the Institute for Sustainable Futures, University of Technology Sydney. Currently he is Honorary Associate Professor in the Environment & Society Group in the School of Humanities & Languages, UNSW Sydney. Web: https://research.unsw.edu.au/people/associate-professor-mark-diesendorf