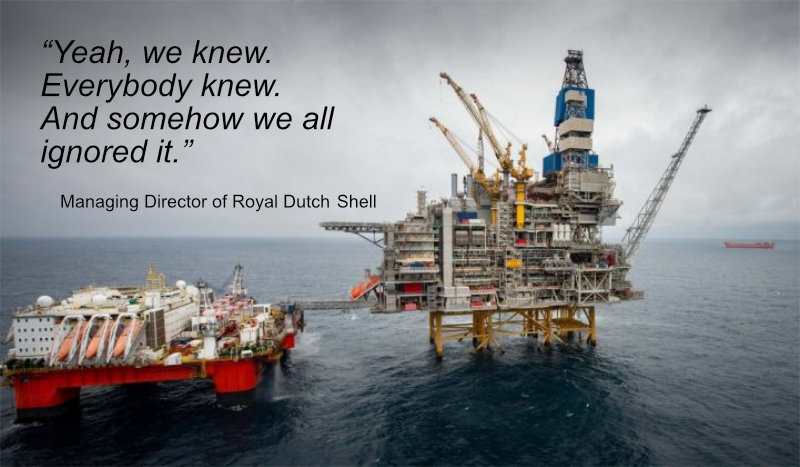 With Covid, the government has shown itself manifestly incapable of leading or managing its core responsibilities, beset by corruption and secrecy. The climate challenge is far greater than Covid, and there are no vaccinations or quarantine against climate impacts, which from now on will increase inexorably in the absence of decisive leadership.

As the need for serious action to prevent runaway global warming becomes critical, it is not surprising that efforts from the denialist lobby to prevent that action intensify, albeit in more subtle form than the blanket refusal of yesteryear to even accept that a climate problem existed.

Around the world, companies, investors, governments and other institutions are committing, with much self-congratulation, to reach net-zero emissions by 2050 (NZE2050), the point at which any remaining emissions can be counterbalanced by offsetting absorption in carbon sinks, using technologies that currently do not exist at scale.

Regulators and central banks, concerned that global warming might de-stabilise the world’s financial system, are urging their regulated institutions to disclose the implications of climate change risk to their investors and to undertake stress testing against scenarios with up to 4oC of global mean warming relative to pre-industrial levels.

Missing from this debate is any understanding of the real risks posed by climate change. Recent events such as the unprecedented 2019/20 Australian and Californian bushfires, Chinese floods and Indian extreme temperatures, along with even greater extremes occurring this year in Western US, Canada, the Arctic, Siberia, Europe, China and the Amazon, should be a wake-up call that climate impacts are accelerating and close to moving beyond human influence.

But that is far from the case. Despite impassioned pleas from scientists and much lofty institutional rhetoric from global leaders on the need for emergency action, the emphasis on an NZE2050 pathway, is actually locking in extremely dangerous, and potentially catastrophic, climate outcomes by refusing to rapidly reduce carbon emissions, which is now necessary to stop runaway warming.

The 1.5oC global mean warming, the lower limit of the Paris Agreement, is inevitable by 2030 irrespective of any mitigation action in the interim. The upper 2oC limit is likely before 2050, with the possibility that irreversible, self-sustaining warming may be triggered by tipping points between 1.5 – 2oC. The current global trajectory is likely to result in catastrophic warming in excess of 3oC in the second half of this century, with little chance of changing that trajectory over the next two decades by mitigation alone. 4-5oC warming is possible before 2100. The dangerous impacts we are already experiencing are happening at only 1.2oC warming.

3°C warming would be catastrophic, perhaps leading to outright chaos in relations between nations, and 4°C is an existential threat to human civilisation, with many parts of the world becoming uninhabitable leading to mass migration and social conflict. Regional temperature increases on land will be considerably higher than these global means, increasingly beyond the limits within which human physiology can operate. These temperature increases cannot be adapted to, rendering financial system stress testing irrelevant.

The assumption behind the current enthusiasm for NZE2050 is that, with a bit of tweaking and gradual action, an orderly transition can ensue, leading to a perpetuation of the current economic system and its power structures.

That is no longer possible. The degree of change required to avoid catastrophic climate impacts, and the speed with which it must be implemented, means that emergency action, akin to a wartime level of mobilisation, is essential. A major discontinuity is inevitable; we must re-boot our societies onto genuinely sustainable pathways if human civilisation is to survive.

NZE2050 could result in mean temperature increases above 3oC if global tipping points trigger within the 1.5 – 2oC Paris range. As our latest Briefing Note, ‘Net Zero 2050 – a dangerous illusion’ indicates, net zero must be reached as soon as possible, ideally by 2030, if catastrophic outcomes are to be avoided. This is a massive task far greater than anything yet contemplated officially.

Sensible risk management in these circumstances demands a precautionary approach quite different from conventional risk-management practice. It must ensure, to the extent possible, that temperature outcomes do not trigger these tipping points, and is capable of returning the climate system to the stable climate conditions under which human civilisation flourished. This means emergency action to keep the global temperature increase to a minimum, as close to 1.5°C as possible, coupled with a drawdown of current atmospheric carbon concentrations from the current level around 420ppm CO2, to below 350ppm CO2. The technology to achieve such drawdown in the limited time available is not yet fully available at scale, further adding to climate risk.

The Australian mainstream media, with a few exceptions, ignore these realities, consumed with the supposedly disastrous short-term economic implications of any climate action, oblivious to the infinitely greater cost of inaction. The Australian Financial Review, recently opined that “Coal, along with oil and gas, will continue to supply the world’s energy during the decades-long transition to net zero”, and that, “as the demonisation of coal and gas by Australian activists shows, extremism makes the politics of the energy transition more challenging”.

The real extremists are organisations like the AFR, the Murdoch press, ideologues and fossil fuel vested interests around the world whose denialist stance has succeeded in allowing carbon emissions to continue to rise at worst-case rates, placing humanity in grave danger with their insatiable greed and determination to hang on to the reins of power at all costs. If these views prevail, human civilisation as we know it will not survive.

Quite apart from the implications for humanity, directors of these organisations, even those who claim leadership on climate action like Shell, BHP, Rio, Woodside and Santos, are now in clear breach of their fiduciary responsibilities to their shareholders, because in so doing, they are destroying their shareholder’s, and their own, future. Ben van Beurden, Managing Director of Royal Dutch Shell conceded last year that: “Yeah, we knew. Everybody knew. And somehow we all ignored it.” That is not good enough, particularly as they had access to the best available science and for years have known perfectly well the implications of their actions. A failure made even more egregious by their current refusal to cut emissions rapidly, or far worse, their determination to massively increase fossil fuel use with gas-led recoveries on the erroneous, self-serving grounds it will reduce carbon emissions globally.

But nowhere is this leadership failure, and the moral and ethical vacuum behind it, more evident than with the current Australian Federal government.

Australia is one of the regions most exposed to climate threats, as the community is only too well aware from our recent drought, bushfire and flood experience. Yet politically, it is as if this never happened. For example, none of the recommendations of the Bushfire Royal Commission has been implemented, and many communities remain without adequate recovery support.

Policy, to the extent it exists, is decided by political advisers, with little real-world experience, align with fossil-fuel interests, and is ideologically committed to the neoliberal unregulated market which has created the climate crisis and proved incapable of solving it. Scared of the future, they have no vision for Australia other than a perpetuation of its fossil fuel past. Not surprising, given that former fossil fuel executives dominate government appointments, from the Prime Minister’s office down.

So reality is swept under the carpet as the government rushes headlong into its own gas-led recovery, quite deliberately designed to maximise the use of fossil fuels before the shutters finally come down on the industry.

However, the government recognised rising community concern over climate, and the electoral danger that poses if those concerns are ignored, so something had to be done. Ergo, multiple initiatives are announced, with great fanfare, to demonstrate their climate bona fides; resilience, disaster management, Great Barrier Reef research etc, all of which address the symptoms of climate change, but ignore its fundamental cause, which is excessive atmospheric carbon concentrations and the failure to rapidly reduce emissions

The Minister for Emissions Reduction, Angus Taylor, even pours fuel on the fire by presiding over emission increases, reassuring us that any climate issues will be solved with “technology not taxes”. This ignores the fact that for these technologies to work at scale, and in the short time now available, taxes in the form of carbon pricing are essential otherwise the massive subsidy enjoyed by fossil fuels, by not accounting for the damage caused by their use, will continue, markedly slowing the transition to a low-carbon future.

The Minister for the Environment, Sussan Ley, passes any responsibility for climate change to the Minister for increasing emissions, despite the fact it is the greatest threat to our environment; decries any duty of care to protect Australia’s children from climate harm as a result of her deliberations on approving coal mines; then makes common cause with a motley crew of climate denialist countries to prevent the UNESCO World Heritage Committee placing the Great Barrier Reef on the “in danger” list, despite the fact that it is obvious to all but the most entrenched ideologues that the reef is now in terminal decline due to climate change.

Geopolitically, the government’s immaturity and ignorance of Asia has totally disrupted relations with our largest trading partner, China, with subsequent Australian sabre-rattling designed to divert attention away from the far greater threat of climate change. After four years of Australian servility to the Trumpian cause and a long history of Western abuse, it is unsurprising that China is taking a more assertive stance in global affairs, whilst recognising that China has its own problems and wolf warrior diplomacy is not the mark of mature global leadership. But both sides sidestep the real threat of climate change, instead focussing on geopolitical point-scoring. Overcoming that threat will require unprecedented global co-operation, otherwise, everyone loses.

Part of which is to completely re-think the concept of defence. Vast amounts spent on ever-more sophisticated ways of killing one another are useless on a dead planet. Those resources are desperately needed to stave off the climate threat and implement genuinely sustainable, equitable, economic systems.

It is clear from its actions that the Federal government has absolutely no intention of taking climate change seriously. It has yet to commit to NZE2050, but may well do so finally at the November climate summit in Glasgow, attempting to present it, with yet more fanfare, as “Australian climate leadership”, much as John Howard did with the 1997 Kyoto Protocol “Australia Clause”, the greatest strategic mistake this country ever made which initiated three decades of climate denial.

The government has no appetite to address the big issues confronting this country and is quite happy to destroy the prosperity and future of Australian society, its children and their own, in the interests of retaining power in the short term.

The parallels with the Covid crisis are legion. With Covid, the government has shown itself manifestly incapable of leading or managing its core responsibilities, beset by corruption and secrecy. The climate challenge is far greater than Covid, and there are no vaccinations or quarantine against climate impacts, which from now on will increase inexorably absent decisive leadership.

The community must now seek that leadership elsewhere.

(Peter Sainsbury plans to be back next Sunday. John Menadue) 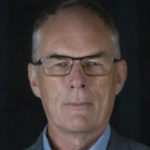