The numbers game: how Morrison is playing journalism off a break (Crikey Oct 5, 2020)

All politicians know that numbers create news. It’s simple maths: the bigger the number, the greater the news. And Scott Morrison knows this better than most. He knows how to use numbers as signs of action for the media — and he knows journalists can’t resist them. Just look back over the past week…

First, there was the manufacturing package. The headline “$1.5 billion” stood in for policy substance and it was fed out through the government’s preferred MO: briefings to the gallery to shape the morning news and the PM providing “the event” in front of the camera. No details. Plans to come.

This was a tricky number to message. It had to be enough to grab the headline. Tick. “National rebuild via $1.5bn budget push,” screamed The Australian.

But it couldn’t be too much, provoking the free-market diehards on his backbench or the financial media. Tick. “Thankfully … too modest to be a subsidy honey-pot,” quietly muttered the Australian Financial Review‘s Saturday editorial.

Then, there was Morrison’s “40 ships” and “90,000 containers” being held off Port Botany. These numbers were rewarded with “Unions hold up ports in pandemic ‘extortion'” in The Australian. Sure, the numbers turned out to be, well, bullshit. But it gave boring, old union-bashing a new cut-through.

And on the weekend, we had another numbers pair with $1 billion for 100,000 apprenticeships. This was eagerly front-paged in the Sunday papers, despite the lack of clarity about how this would (or could) actually work.

There’s a gossamer quality to these numbers that gives them away. As any auditor will tell you, round numbers ($1 billion here, $1.5 billion there) should always raise questions.

In this case, it shows how the Morrison approach flips normal policy setting on its head. Good governance identifies need which leads to policy, producing numbers which are then reported. Instead, in this government creation runs the other way: from media through to number through to policy, with actual needs almost an afterthought.

This number fetish, along with the obsession on the annual budget, is a peculiarly Australian phenomenon. It reflects the political-class focus on debts and deficits as a stand-in for economic management. Since Keating weaponised numbers in the 1980s, having plausible figures shows you’re a serious person with thought-out policies.

The result has been rhetorical inflation: a couple of hundred million used to get you on the front page, but now anything without a b (for billion) just doesn’t make it.

Under attack for bushfire management? That called for a $2 billion relief package in January (details, of course, to come).

Raised expectations for a generational reform budget this week? Only billion-dollar drops to the media, beefed up with multi-year aggregations, count.

It’s an inflation that has largely squeezed state governments out of the rhetorical marketplace. Take NSW: it has annual revenues of about $80 billion, most of it pre-committed to health, education, transport and police. Not much scope for billion-dollar initiatives there.

And where does this end? Trump’s various pronouncements show billions have lost currency to the rhetorical lure of trillions. Million, billion, trillion, gazillion! Do any of these figures have any meaning beyond their use for journalists as a heuristic of newsworthiness?

Probably not. Once figures reach a certain level, they go beyond our ability to understand exactly what they mean. After all, lots of us have had a spare $100 — maybe $1000 — over our lives. But a billion? What does it even look like?

We’re also better at judging figures comparatively (that makes sense) and contextually (how many apprentices are there in Australia anyway?)

This is why The New York Times went low, not high, when exposing Trump’s tax returns last week (yes, it was only last week). It found the one figure in the one context that everyone could compare to their own experience: Trump’s $750 income tax payment.

Let’s hope we see similar reporting at home this week.

The numbers game: how Morrison is playing journalism off a break 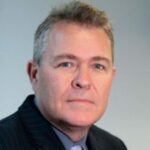 Christopher Warren is an Australian journalist and writer. He was federal secretary of the Media, Entertainment & Arts Alliance until April 2015, and is a past president of the International Federation of Journalists.