The Outlook for Living Standards: Part 2 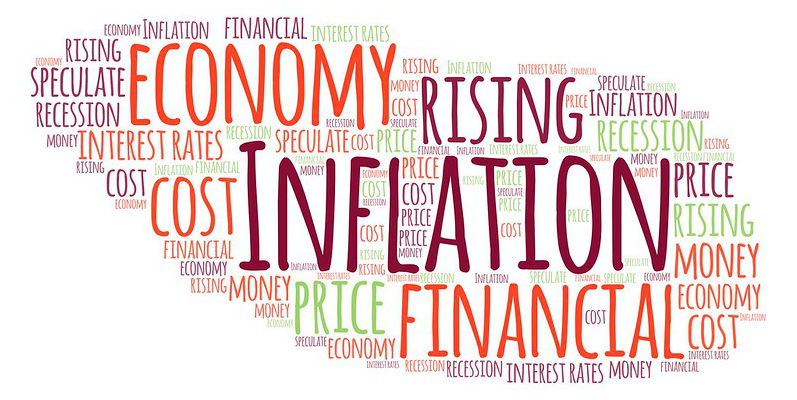 Yesterday Part 1 of this article assessed the impact on living standards from surging prices relative to wage growth, and rising interest rates. Today, Part 2 will consider what the new Labor Government can do to lift the rate of wage growth relative to prices, and tomorrow Part 3 will consider how best to respond to the two principal drivers of the increased cost of living – fuel and energy costs and housing costs.

The future rate of wage growth relative to consumer prices is critical to peoples’ standard of living. But quite apart from the recent fall in real wages (documented yesterday), over the previous decade Australia experienced a degree of wage stagnation.

Treasury and the Reserve Bank’s explanation for this low wage growth was that the economy had not got back to full employment. Consequently, they kept revising downwards their estimate of what rate of unemployment was consistent with full employment.

Consistent with this view, for some years the Reserve Bank and the Treasury have been anticipating that the rate of wage growth would accelerate in response to lower unemployment. So far those expectations have been substantially disappointed, although recently, with unemployment now as low as 3.9 per cent, the authorities claim that there are signs that wage growth is recovering somewhat.

I and some other economists are, however, sceptical that low wage growth can be fully explained as the response to cyclical changes in unemployment. Instead, there have been other structural and institutional changes impacting the labour market that have led to wages growing more slowly even when the labour market is fully stretched.

Most importantly, technological change has hollowed out middle-level jobs in particular and has weakened workers’ bargaining strength. In addition, some consider that institutional changes in favour of enterprise and individual bargaining, casualisation and insecure work, and public sector wage caps have also reduced wage growth.

In response to the impact of low wage growth on low-paid workers, in the election campaign Albanese supported an increase in the minimum wage in line with inflation. That probably helped influence the Workplace Relations Commission decision last Wednesday to increase the minimum wage by 5.2 per cent, and other minimum award rates by 4.6 per cent.

Only the lowest 2 per cent of workers receive the minimum wage, while a further 23 per cent receive minimum award rates. However, this decision will no doubt influence other wage bargains, and will help stem the wage stagnation experienced over the last decade.

Furthermore, while employers have raised the fear of this decision starting a wage-price spiral, this is unlikely.

The industries most impacted by the minimum wage decision are retail and hospitality, while the increase in minimum award rates will mainly affect aged, child and disability care workers.. All these industries are experiencing extreme labour shortages, nevertheless these workers could not achieve a wage increase consistent with market realities, until the regulator intervened.

Furthermore, although this increase in award wages will influence other enterprise and individual wage bargaining, it is likely that the increases in the wider economy will lag behind inflation, as has already been determined for those on minimum award rates. Consequently, with real wages continuing to fall for at least a little longer it seems most unlikely that a wage-price spiral will take off.

In the longer term it would be good to address the structural and institutional causes of wage stagnation so that real wage growth is restored and reflects the rate of increase in productivity.

In that case, the best response to the impact of technological change on the labour market is not to try and resist it or roll it back, but to equip workers to successfully adapt and take-up the new higher paying jobs that are becoming available. This requires more and better investment in education and skills training, including the retraining of existing workers whose jobs are threatened. It is heartening that the Albanese Government seems to be prepared to rise to this challenge.

As regards the institutional changes impacting the labour market, the Albanese Government has made it clear that it intends to review the workplace relations bargaining framework and that may help achieve a fairer outcome, especially for those in insecure work. In addition, if governments increased the wage caps for their own employees that would not only help them but would likely have flow-on effects on the rest of the wages system.

Ideally, we want to return to a situation where nominal wage increases are equivalent to the Reserve Bank’s target rate of inflation, plus the growth in productivity. That way over time a stable and continuing increase in living standards could be expected in line with most peoples’ expectations.

Certainly, the Reserve Bank is confident that it can return inflation to within its target rate of 2-3 per cent. The approach being adopted by the Workplace Relations Commission, with wage growth if anything lagging price growth should assist achievement of the Bank’s inflation target.

And the main driver of productivity growth historically has been technological change. Governments can assist by encouraging innovation and its take up by assisting the workforce to adapt to the new technologies. This seems to be a priority for Labor, and so in the longer run the rate of improvement in living standards could be better than in the last decade.