The Paradox of Modern Liberalism

By Scott MacWilliam and Mike Rafferty
May 19, 2021

In the wake of the Federal Budget, we have heard lots about the Liberal Government’s new expansionary approach to public spending. There has also been some writing about a putative return to Menzies-type Liberalism. Treasurer Frydenburg is very encouraging of this. Indeed, perhaps with prime ministerial ambitions in mind, he has increasingly referred to his ideas and the spirit of Menzies himself.

But there is good reason to challenge the current attempt at Liberal Party re-branding.

Even in expenditure terms, Treasurer Frydenberg’s Budget is a long way from Menzies’ fiscal policy. Because contracting out is now dominant in government spending activity, the Budget’s expenditure boost will likely provide ever more lucrative government contracts for private firms especially in child and aged care and employment services. Unsurprisingly, existing examples of corruption and looking after mates, along with failed care models, already abounding are likely to escalate to ever-new heights.

To point out two further simple differences between Menzies’ era policy and the present:  As journalist for The Australian Adam Creighton has noted, the top marginal tax rate under Menzies was 67% and cut in at about 8 times average earnings. Menzies also believed in an active role for the state in economic development. For Menzies infrastructure (public works as it was then known) was not simply a temporary counter cyclical measure. It was integral to his view of economic and social development. By these comparisons alone,  the current Budget is barely even Menzies-lite.

But there is also an important philosophical difference between Menzies and the modern Liberal Party. Menzies was not just Keynesian in fiscal policy, like Keynes he was very influenced by the nineteenth century political economist John Stuart Mill. Menzies was very open about how he used Mill’s ideas to shape the then new Liberal Party.

The great paradox of the modern Liberal Party is that while Menzies is constantly invoked by modern Liberals, Mill is either ignored or openly despised by most, who instead often draw their influence from the Austrian aristocrat F.A. (von) Hayek.  Hayek was a radical anti-government economist, who denied that capitalist development had the destructive propensity that nineteenth century theorists noted. Indeed, Hayek’s polemic against governments, development and planning went so far as to suggest an almost mystical idea that market capitalism is a ‘spontaneous’ order. Hayekian neo-liberalism applied to development policy in places like sub-Saharan Africa, Latin America, and after the break-up of the Soviet Union, resulted a generation of non-development and worse: poverty, premature death and the rise of an oligarchy. In the United States and other developed countries, thanks to Hayekian influence on economic policy, we can see the destructive propensities of capitalism in full force, including intergenerational poverty, so-called deaths of despair, and control of government by lobbyists and big business.

Mill was an uncompromising critic of the power of the wealthy (landowners) on politics in his time. As the Harvard scholar William Selinger observed, Mill was fervent in the view that money, property and patronage had no legitimate role in electoral politics. He worried that even after the 1832 Reform Bill, which attempted to break up the rotten and pocket boroughs, the English government remained “…an oligarchy of landholders”.

Menzies also wanted business assigned a particular and regulated role in capitalism. Following Mill, he was aware that business was important, but had real destructive impulses (greed and corruption being just two) that needed to be regulated. As Menzies noted, “…we shall do much better if we keep the good elements of the capitalist system, while at the same time imposing upon capital the most stringent obligations to discharge its social and industrial duty. The old conservative doctrine that the function of the State was merely to keep the ring for the combatants has gone forever.”

The modern Liberal Party has a very different relationship to business. As many writers have noted, business interests now dominate the Liberal Party, not just through massive campaign donations and lobbying, but in what the investigative journalist Michael West calls the revolving doors of Liberal (and Labor Party) pre-selection, ministerial office and big business executive positions, especially from the fossil fuel, finance, gambling and defence industries. The further irony here is that several high profile Liberal fund-raising arms have Menzies name attached. Menzies himself would likely have called out the current influence of business over politics for what a nineteenth century liberal like Mill would, a form of corruption.

The new credibility that the Liberal Treasurer has anointed for government spending to boost employment is an admission of the failure of three decades of deficit-obsessed Liberalism (and Laborism). If this attempt to cover that admission of failure in the aura of Menzies post-war developmentalism is successful, it would be a perpetuation of both the lack of historical memory of economic policy in this country, and yet another sign of the growing political and economic power of business (which will continue to benefit from the `heads I win, tails you lose’ control of government policy).

Reckoning with the control business over politics in Australia is one of the most urgent issues in our polity. One way to challenge it or at least stop its advance is to deny those who seek to cover that power in the nostalgia of Menzies Liberalism. 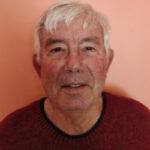 Dr Scott MacWilliam researches and writes on development policy in East Africa and the South Pacific. Development in the former Australian colony Papua New Guinea during the Menzies era was treated at length in his Securing Village Life (ANU EPress, 2013). 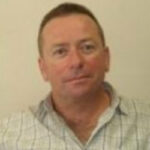 Mike Rafferty is an Associate Professor in the School of Management at RMIT University, where he teaches international political economy. He researches on the concept of risk and risk shifting, and has written on power and corruption in eastern Europe after the fall of the Berlin Wall.