The parlous state of consumer protection from health care fraud 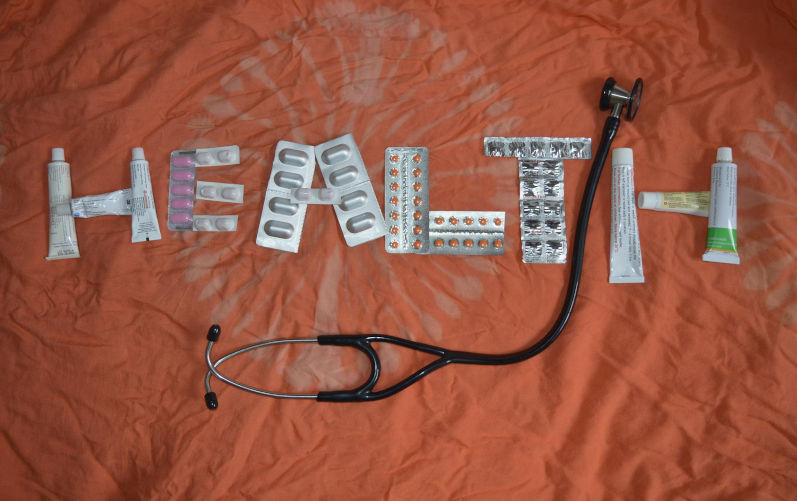 Revelations of the incredible harm done to many Australians undergoing cosmetic surgery, performed by doctors lacking the skills to perform such operations, have been literally shocking. Surely regulations exist to insure the surgical competence of those offering such operations? Not so!

We live in the most scientific of all ages with research constantly improving our knowledge of how to maintain our health and treat disease. We should expect that health care provided to us would be underpinned by scientifically established evidence of clinical effectiveness. In reality however Australians currently spend about $60 billion a year on procedures, supplements and bad advice that rob them and provide no benefit!

I have been interested in, and trying to address this problem since the early 80s when many of my patients with AIDS were fooled into traveling to Mexico to have their blood heated, travel to the Phillipines to see faith healers or visit clinics in Melbourne which claimed that massive doses of Vitamin C could cure the disease.

Social media is awash with misinformation and is successfully undermining an individuals ability to appreciate genuine expertise. The pandemic has accentuated this problem.

There are two major “Regulators” charged with protecting us from health care fraud and incompetence, The ‘Australian Health Practitioners Regulation Agency’ (AHPRA) and the ‘Therapeutic Goods Agency’ (TGA). There are many serious issues associated with the inadequacy of both organisations which sees them all too often failing in their duty to protect Australians from health related fraud and misadventure.

Twelve years ago, concerned by the increasing penetration of ‘Pseudoscience’ into health care an organisation ‘Friends of Science in medicine’ (FSM) was established to champion the primacy of evidence based Medicine. I was its Foundation President. 1200 or so of Australia’s leading scientists and clinicians are FSM members. Efforts to have AHPRA more adequately protect health consumers has absorbed much of our efforts. The executive team at FSM has met on numerous occasions with AHPRA executives with our most recent meeting being last week.

AHPRA has responsibility for the performance of 15 Boards that represent specific health disciplines (Medicine, Nursing, Physiotherapists, Chiropractors, Osteopaths etc.) Members of these disciplines are ‘Registered Health Professionals’ in contradistinction to ‘Alternative’ Practitioners who are ‘non-registered’ health providers. Board members are appointed by health ministers.

There is no clinical expertise within the AHPRA executive who therefore must rely on the integrity and competence of their Boards to ensure the professionals they regulate adhere to appropriate standards of care. One of those is to practice evidence based health care.

AHPRA executives give voice to their philosophy that they need to take a “softly, softly” approach to regulating health care less they stymie innovation. Their charter does however make it clear that they are charged with protecting consumers from health care fraud. In this they fail miserably. There is within the executive program an office to handle complaints about registered health professionals. It’s inadequately staffed for the purpose. APHRA gets about 10,000 complaints per year, hundreds of which come from FSM research.

Many of the fraudulent practices visited on gullible consumers are discovered by examining registered health professional’s websites. For example FSM found that claims made online by more than half of the registered Chiropractors in Australia insisted that they could treat a myriad of non-skeletal problems based on a nonsense concept known as “vertebral-subluxation”.

Adherents to the teachings of the founder of Chiropractic in the19th century believe that there is an invisible energy force that runs up and down one’s spinal column. The integrity of this force is essential for health. A distortion of the vertebral column (subluxation) is responsible for all disease processes. These subluxations, though invisible even on MRI examination, can be corrected by adjustments made by an instrument that taps the spinal area gently!

It took a number of years for FSM to convince the Chiropractic Board and AHPRA to make it clear to Chiropractors that they should not make this claim. (Nor get involved in pregnancy care, nor manipulate the spine of infants). Part of the difficulty was associated with some Board members promoting these concepts in their own practices! Once notified, it can take a number of years for AHPRA to order practitioners to modifying their advertising but that does not necessarily change their practices.

Today many Chiropractors who designate themselves as “Rubicon Chiropractors” continue to promote the above pseudo-science claiming “We affirm that Chiropractic is a healthcare profession based upon a paradigm that includes: a philosophy rooted in neo-vitalism, the traditional principles of Chiropractic and a neurologically-centred model of subluxation”.

At our meeting with AHPRA executives last week we discussed two issues that have not been resolved years after they were raised with AHPRA. Dozens more could have been presented.

The majority of Osteopaths advertise their capacity to improve a myriad of health problems using a technique know as ‘Osteopathy of the Cranial Fields’ (OCF). They claim that the brain is constantly washed by waves of spinal fluid and the subsequent pulsations can be discovered by the laying of hands on one’s skull. Diseases disturb these pulsations but manipulation of the skull bones by an Osteopath trained in OCF can restore normal pulsations. Problem is that there are no pulsation associated with spinal fluid and the “plates” of our skull are fused early in life and are immovable by massaging the skull. Charging patients for OCF is fraud.

In 2016 FSM met with AHPRA executives and some members of the Osteopathy Board, whose Chairperson advertised her provision of OCF to her patients. Reluctantly the Board members agreed to state in their advertising that there are no scientific studies available to support the use of OCF. This never occurred, FSM presented a list of more than 250 Osteopaths who currently advertise the benefits of OCF.

It became obvious in our discussions that AHPRA has no concept of the harm done by what they describe as harmless if non-beneficial treatments. How about robbery, delayed diagnosis of any real pathology, the promotion of anti-scientific concepts that could distort a patient’s health literacy!

In April, 2020, an FSM complaint about a number of “Intravenous Infusion Clinics” was referred to AHPRA. These clinics had been established by nurses and doctors in a number of states, all making outrageous and non-evidence based claims for a myriad of benefits that flow from infusing vitamins, minerals and amino-acids etc. Stop ageing, detoxify your body, cure a ‘hang-over’ gain new energy, cure brain fog, strengthen your immune system etc, etc. Last week we were told no action had been taken, the matter was still under investigation and that as the clinics were registered as businesses AHPRA was limited in what it could do, despite the fact that these clinics employed registered nurses and doctors.

In recent weeks AHPRA has very publicly, been in the “poo” as investigative journalism has documented in detail the appalling, unethical and dangerous incompetence of so many unqualified doctors and nurses involved in cosmetic surgery.

Although it is morally reprehensible and could well involve criminal negligence, there is no legal restriction placed on doctors who want to perform surgery after graduation. The Medical Board can stop a doctor from performing surgery if incompetence and patient harm is documented but that’s after the event and thus unsatisfactory.

The medical profession itself organises post graduate specialty training (Primary Care, Surgery and its sub-disciplines, Medicine, etc) and provides an imprimatur for those who have developed appropriate skills via admission to the speciality’s ‘College’. ‘Cosmetic surgeons’ not formally trained in general surgical techniques or plastic surgery have created their own ‘College, The Australian College of Cosmetic Surgery (ACCS) but the surgical competence required for membership is totally unacceptable for adequate consumer protection.

What is the solution? Australians want access to cosmetic surgical procedures and while such procedures are mainly for cosmetic reasons there are genuine psychological problems that might be improved by an improvement in body image. There are not sufficient plastic surgeons to meet demand. I agree with Kerry Breen’s suggestion in his thorough examination of this issue (P&I August 26) that, “The Royal Australian College of surgeons will need to allow trainee cosmetic surgeons access to an adequate exposure to the principles and practice of general surgery in accredited hospitals and day surgery centres. The ACCS will need to modify its training programs to meet the high standards of accreditation set by the Australian Medical Council”.

However I don’t agree with his compromise that, “There will need to be a period of accommodation by ‘grand-fathering’ existing fellows of the ACCS to allow them to be registered as specialists with AHPRA despite the likely insufficiency of their original training”. As investigative reporting has documented there are just too many incompetent doctors offering cosmetic procedures and endangering their patients for that to be acceptable. Note also that these procedures also require competent anaesthetists and considerable nursing skills absent in many of the rogue clinics discovered.

In reality complaints to AHPRA may regulate what registered health professionals say (albeit unacceptably slowly) but rarely what they do. Our new government must restructure AHPRA and the “National Law”under which it operates if the Agency is to really be effective in its consumer protection role. The AHPRA we want would be resourced to be an aggressive, rapidly responding, champion of consumer protection. Many will be lobbying Government for the changes needed.