The Pell memorandum must be confronted 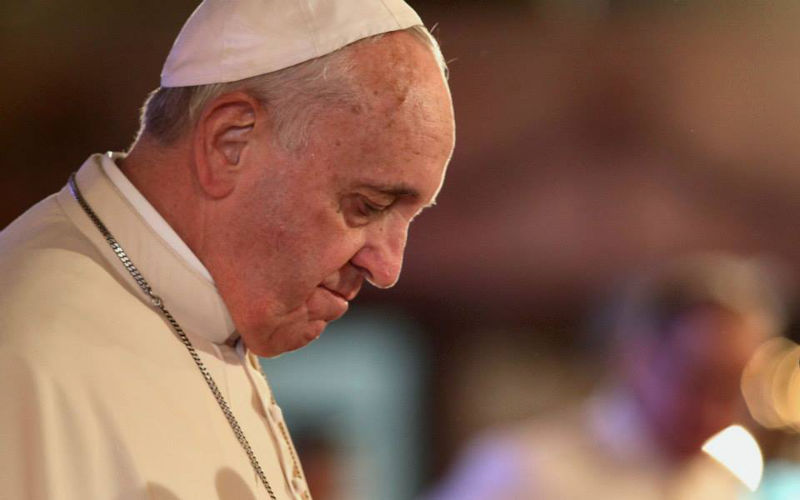 We’ve all had far too much George Pell lately, but his so-called “Memorandum” on Pope Francis’ papacy is about much more than the present papacy and needs to be confronted.

There’s no doubt Pell is the author of the unprecedented diatribe which describes the Francis papacy as “a disaster” and “catastrophe”. He sent the Memorandum to the cardinal electors of the next pope and to Vatican journalist, Sandro Magister, who published it in his March 15, 2022 webpage Settimo Cielo (Seventh Heaven), which is published in Italian, English, French and Spanish.

Magister is ideologically in the Pell camp, but is well-informed and often breaks significant stories. He confirmed that Pell is the Memorandum’s author and I believe him.

For those used to his style, the document is vintage George: vast generalisations, followed by examples that purport to back-up the argument. For instance: “The Christo-centricity of teaching is being weakened [by Francis]; Christ is being moved from the centre. Sometimes Rome even seems to be confused about the importance of strict monotheism, hinting at some wider concept of divinity; not quite pantheism, but like a Hindu panentheism variant.”

This is a regular Pell trope: environmentalism as neo-paganism. His back-up example: Pachamama, a statue brought to the 2019 Synod in Rome on Amazonia, which Pell says was “idolatrous [but] perhaps not intended as such.” The statue is of a mother-earth goddess revered by the indigenous people of the Andes. It was at the synod as a recognition of the original Andean religious tradition; no one was worshipping it.

Another back-up example claims that “the Christo-centric legacy of St. John Paul II in faith and morals is under systematic attack.” The proof: the staff at two pontifical universities have been changed. These professorial changes occurred because Francis wants a more pastoral approach to be taken to contemporary gender issues by removing a number of culture-warrior lecturers. And who said John Paul was normative on Christo-centricity?

His back-up example cites the still-meeting German synod where the local bishops, priests and laity are trying to develop an approach that addresses the questions being asked by contemporary Catholics and secular society. He says that the synod is discussing “homosexuality, women priests, communion for the divorced,” as though you could somehow live in modernity without addressing these issues.

He then accuses his cardinal colleague, the Archbishop of Luxembourg, of “heresy”. “Cardinal [Jean-Claude] Hollerich,” Pell says, “rejects the Christian teaching on sexuality … the Cardinal is explicitly heretical.” Given Hollerich is also President of the European Bishops Conference, calling him a “heretic” is quite a claim, but vintage Pell.

The real purpose of the Memorandum is not about the “failings” of Francis, but papal politics. It’s a policy statement calling the anti-Francis brigade to arms to make sure that a Francis-clone is not elected next pope. Pell says bluntly: “The first tasks of the new pope will be to restore normality, restore doctrinal clarity in faith and morals, restore a proper respect for the law and ensure that the first criterion for the nomination of bishops is acceptance of the apostolic tradition.”

There have been widespread rumours recently among Vatican watchers that Pell has made connections with Cardinal Péter Erdő, Archbishop of Esztergom-Budapest, a conservative, Euro-centric possible candidate for next pope. Another Pell ally is the theological hardliner, German Cardinal Gerhard Müller, former head of the Dicastery for the Doctrine of the Faith (formally the Roman Inquisition), retired by Francis in 2017.

But in my view a decisive shift has already occurred within Catholicism. The church is no longer a Western-Eurocentric institution, but predominately a community from the developing world and Francis has appointed enough cardinals from the peripheries to have shifted the balance of Cardinal electors.

The pope will almost certainly appoint more cardinals this year and they too will reflect the shift away from the European and North American power centres of Catholicism.

In my view the next conclave will look for an Italian candidate and there waiting in the wings is a man very much in the non-judgmental Francis mould, Cardinal Matteo Zuppi, Archbishop of Bologna. Zuppi isn’t a parochial Italian. He has broad international experience, is involved in interreligious dialogue, has run a large diocese and was born in Rome. My money’s on him.

In fact, the Pell Memorandum is probably premature by declaring the conservatives’ hand before they’re really organised.

I’d be confident that the Francis agenda will continue with the next pope. The simple reality is that the Pell agenda spells nothing but complete irrelevance for Catholicism.

A concluding note: Pell was not the only Australian to reach high office in the Vatican. The first was Cardinal Edward Cassidy (1924-2021). Born in Sydney, Cassidy was a papal diplomat, then second in charge (Sostituto) in the Secretariat of State, and finally president of the Pontifical Council for Promoting Christian Unity and head of the papal Commission for Religious Relations with the Jewish faith. A simple, humble man, Cassidy spent his post-Vatican years serving in Newcastle parishes.