The persistence of American authoritarianism should worry Australia 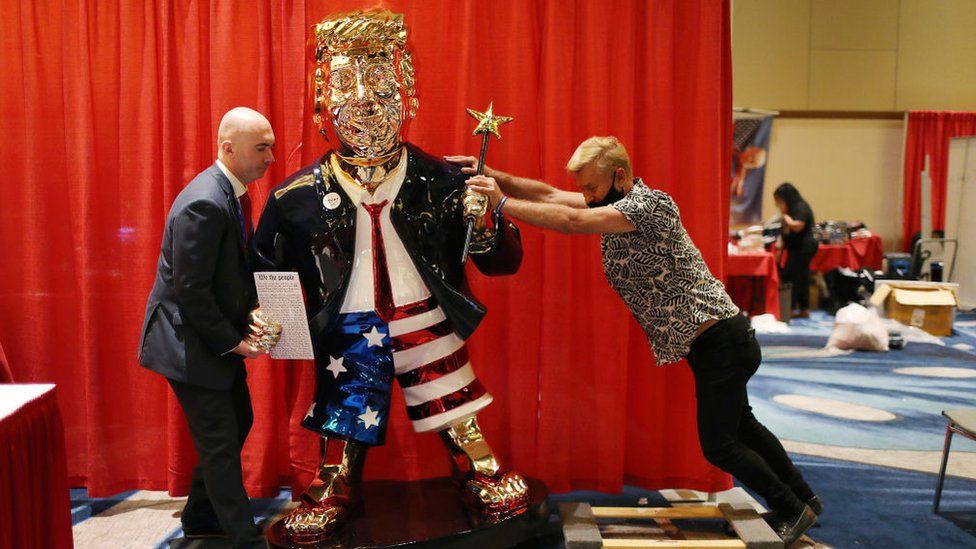 America has become less comprehensible and predictable to outside observers. The scale of the support for ex-President Trump’s election fraud claims, the assault on the Capitol, and the failure to convict Trump in the Senate, all seem to be portents of an emerging illiberal authoritarianism.

The illiberal forces are barely restrained. Australian policymakers must already have reached the point of asking “what if?” and be thinking about possible policy realignments. At a minimum, the task of imagining a post-alliance future must begin. Complacency is not a strategy.

While the Declaration of Independence and the Constitution are universally revered in public discourse, and the values of liberty, freedom of religion, tolerance, individual rights, and representative government are elevated repeatedly to almost sacred status, the attitudes of a substantial minority stands in stark contrast.

The US Constitution and the First Amendment make clear that it was not intended that the US be an exclusively Christian nation, or that any US government should favour or disallow any religion. A position that many now would like to overturn. A 2020 Pew study found that around half of US adults overall agreed that the “Bible should have more influence on the laws of the US” and that “the Bible should have more influence on U.S. laws than the will of the people”. For Christian and black protestants, the numbers were 89% and 76% respectively. For these believers, the liberal values of the Constitution are subordinate to the text of an external document.

The same Pew survey found that 57% of white evangelicals and 51% of black protestants also believe “Trump’s victory in the 2016 election must be part of God’s overall plan”, as they did of Obama’s election. More than quarter of Americans saw God’s hand in these elections. An explanation of the widespread belief that the election was stolen from Trump might be that only election fraud and conspiracy on the part of nefarious forces could explain the confounding of God’s plan.

General satisfaction with democratic government in the US is low. In another 2020 survey, Pew found that 41% of Republican supporters and 79% of Democrats, and 62% of the overall population, believe significant change is needed to the fundamental design and structure of American government. Seventy-two percent said Americans do not agree on the basic facts about the situation in the US. While the traditional democratic values like press and religious freedom, a fair judiciary, and free elections appear to retain strong support, dissatisfaction with the way democracy is currently working in the US runs at 59%.

A 2020 study by political scientist Larry Bartels found most Republicans agreed that “the traditional American way of life is disappearing so fast that we may have to use force to save it” and, moreover, more than 40% agreed that “a time will come when patriotic Americans have to take the law into their own hands”. Bartels found that it was “especially concerns about the political power and claims on government resources of immigrants, African-Americans, and Latinos” that drove Republican views. It has been argued that 30% of Americans have an authoritarian disposition or personality, and that authoritarian tendencies are largely latent but are “activated and expressed when triggered by perceived political or social disorder”.

Whether driven by religious, partisan or psychological factors, the existence of an authoritarian streak in America seems undeniable.

The temptation to see recent events in America as heralding the end of the Republic is almost irresistible. Naturally, much of the current speculation about the course that American politics might take still focusses on Trump. It is too soon to tell how much recent events were due to Trump’s machinations and how much to the authoritarian disposition, or even whether they are analytically separable. But pessimistic assessments abound (see here, here, and here). It is impossible to ignore the potential for disruption and disarray in American politics and society among groups that hold deep and incommensurable convictions about governance and values; who disagree on the fundamentals of democracy in America.

It appears from the above indications, these authoritarian tendencies are profound and cannot be eradicated easily, and certainly not soon. Commitment to the Constitution and liberal democracy seems very shallow among many Americans. However, American politics has endured outbreaks of intolerance, illiberalism, and authoritarianism before and its basic institutions have endured. Nevertheless, the intensity of the current political confrontation indicates authoritarian-inclined forces will continue to be prominent and disrupt politics in the US for the foreseeable future.

The Bidenesque calls for unity and healing are unlikely to prevent continuing, and probably accelerating, dysfunction. America’s pretensions to global leadership based on the power of its example are likely to be unfulfilled, and, if success in foreign relations depends on resolving domestic challenges first, the prospects for President Biden’s agenda appear poor.

For Australia, the worst case would see civil unrest and even violent conflict among factions consume America’s energies, resources, and attention. More likely, there could be a significant degree of paralysis of government in the US as factions continue to struggle for power in what they see as a winner-takes-all competition, and as they become consumed by the biennial election cycle. At best, President Biden will be able keep the anti-democratic forces at arm’s length while pursuing modest domestic and foreign policies. America’s international influence is bound to be diminished.

America in these circumstances could become an unreliable and inattentive ally, and any perception that the US was distracted or less firm in its commitments, especially in East Asia, would have momentous implications for Australia. Because Australia has aligned strongly with the US against China, an American withdrawal would leave it in a precarious position. It is not necessary to posit malign or hegemonic intentions to China in order to appreciate that the space available to China to pursue its interests grows as the US looks away.

The bizarre episode that America experienced after the recent presidential election should generate detectable unease amongst US allies. From outside, it no longer looks like the America of the Roosevelts, Kennedy, or Reagan; no longer predictable, reliable, or understandable. The illiberal forces are barely restrained. Australian policymakers must already have reached the point of asking “what if?” and be thinking about possible policy realignments. At a minimum, the task of imagining a post-alliance future must begin. Complacency is not a strategy.