The Philippines – another Marcos presidency 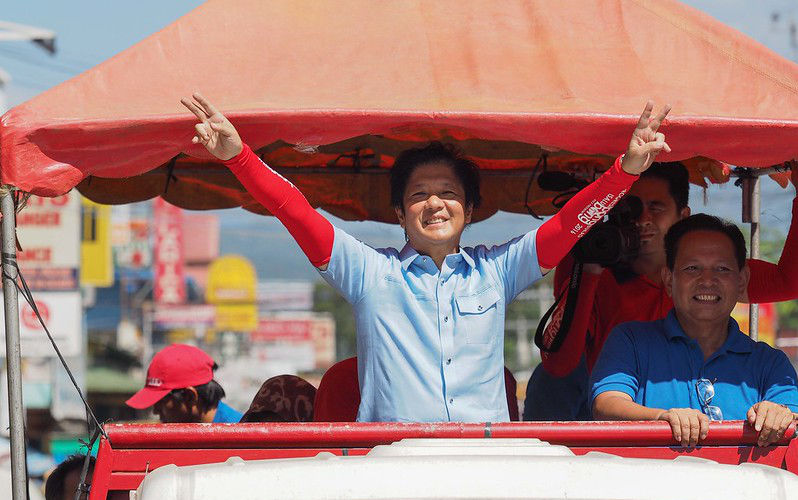 After a long and tortuous journey, even for the Philippines, the elections outcome is in little doubt. Bong Bong Marcos (BBM as he is known) is so far ahead in the opinion polls you can “put down the glasses” and his running mate – Sara Duterte (Mayor of Davao and the incumbent President’s daughter) – likewise in the Vice Presidential race. What lies ahead?

It has been a quintessentially Philippines process getting to this point. The eventual pairing of BBM and Sara Duterte was certainly not what Duterte Sr. had in mind at the outset. He wanted his daughter to run for the Presidency in her own right and was lining up his still considerable influence to support her. But she has not always been on the same wave length as her father. He initially decided he would run as a Vice Presidential candidate alongside his long time chief advisor ( Bong Go) against his daughter but then switched to running for a Senate seat only to back out of that later.

With a typically long list of contenders, the running has been essentially left to BBM and the current Vice President – Leni Robredo – leaving unclear where Duterte Sr.’s support has moved. He has continued to express concern about his daughter’s decision and been outrightly critical of BBM – including alleged connections with the communists which may relate to BBM’s seeking to maintain balance between the Philippines ‘ relations with China and the US! Characteristically the final days of the election campaign have been dominated by claim and counter claim between the leading camps with little bearing on policy issues.

In all of this one needs to bear in mind the old adage among Philippines watchers : “there are no secrets in the Philippines but determining the truth is often almost impossible”! The hyperactive and gutsy media feed off the swag of gossip (chismis) swirling around such a colourful community. So for  Robredo there have been claims of support from the Catholic Church ( at least one bishop attended her rallies), from the Americans ( she is more likely to be accommodating on a tougher policy towards China ?) and at the same time because she has had connections with the communists and so on. She will likely have support also from the extensive and activist local NGO population with their own international connections. But none of that is likely to be anywhere enough for her to win. The Philippines being the Philippines this could lead to some acrimonious debate about the integrity of the elections in which almost certainly there will be reason for some concern but unlikely to be significant.

Not surprisingly, much of the international commentary about the implications of a BMM victory is dominated by the backdrop of US pressure for the Philippines to return to the fold of its treaty commitments to Washington and line up against China ! More of that later, suffice it to say that for Australia especially there is much more at stake. The next Philippines administration will face some daunting challenges – some old, some new. How they manage them will be integral to our important  national interests in the region as well as to our increasingly more active Filipino community in Australia.

One immediate challenge for BMM could well be the Catholic Church which, with over 85% of the population, remains a powerful influence in the Philippines. Under the indomitable Cardinal Sin, the Church played a crucial role in the EDSA “people power” revolution and in recent years some of its senior bishops have been at the forefront of opposition to Duterte Sr.’s violent anti-drug campaign and increasing encroachment on civil liberties. The new Cardinal of Manila – appointed last year by Pope Francis – is a protégé of Cardinal Sin   but presents as a very different character – a “listener” and a surprise choice over another much more activist bishop. BBM has become quite vocal in recent weeks about what he claims as Church meddling in the election campaign but how successful the Church may be in opposing BBM has yet to show in the opinion polling. The other leading “churches” in the Philippines, who are very successful crowd raisers – for the most part have lined up behind BBM.

The Marcos brand has been a feature (not necessarily negative) of Philippine politics ever since Marcos Sr was exiled. Imelda prevailed on Cory Aquino to let her return to the Philippines  and engage in a series of political forays – with mixed success. Cory and Sin maintained the rage but over time she became part of the Philippines political kaleidoscope as her family successfully took up the reins. Even at her lowest ebb, Imelda could get a crowd out with the traditional Marcos blandishments. With BBM from the north and Sara Duterte from the south the pair have been polling high in all regions.

While international attention has been preoccupied with the horrors of Duterte Sr’s government the scene on the economic front has been brighter. In March 2022 the World Bank commented in the following terms :

“The Philippines has been one of the most dynamic economies in the East Asia Pacific region. Average annual growth increased to 6.4% between 2010-2019 from an average of 4.5% between 2000-2009. With increasing urbanization, a growing middle class, and a large and young population, the Philippines’ economic dynamism is rooted in strong consumer demand supported by a vibrant labor market and robust remittances….. The Philippine economy has also made progress in delivering inclusive growth, evidenced by a decline in poverty rates and its Gini coefficient. Poverty declined from 23.3% in 2015 to 16.6% in 2018 while the Gini coefficient declined from 44.9 to 42.7 over the same period.However, the COVID-19 pandemic and community quarantine measures imposed in the country have severely impacted economic growth and poverty reduction. …Nevertheless, the economy has started to recover with a 5.6% year-on-year expansion in 2021, buoyed by public investment and a recovery in the external environment.  With continued recovery and reform efforts, the country is getting back on track on its way from a lower middle-income country with a gross national income per capita of US$3,430 in 2020 to an upper middle-income country (per capita income range of US$4,096–US$12,695) in the short term.” The question will be whether BBM can continue on this track.

On the international front BBM  has already been under the pump from both the Americans and Chinese but so far has sought to maintain a balance between both. Over the past year Duterte Sr. had softened his opposition to the US regaining some of its former treaty arrangements and US reporting has begun to line up the Philippines on Washington’s side in the heralded “competition” with China. Details were rushed through to transfer the former US Navy’s Subic base which had been given up by the South Korean leaseholders.

Beijing was quick to respond through a phone call by President Xi. in which he told Duterte Sr.

“International developments prove once again that regional security cannot be achieved by strengthening military alliances and China is willing to work with the Philippines and countries in the region … to keep the leadership of regional security firmly in its own hands and to jointly maintain the hard-won peace and stability in the region”. Xi said China would maintain “continuity and consistency” in its policy towards the Philippines and the two sides should continue to work together on Covid-19 vaccine development, public health, infrastructure and trade. Duterte said the Philippines was willing to work with China on pandemic prevention, trade, infrastructure and tourism and would work with China to “properly deal with South China Sea issues to set an example for peaceful resolution of disputes while maintaining regional peace and stability”. But his writ runs out in a few days !

In a case of exquisitely poor timing President Biden is to hold a special US:ASEAN Summit in Washington 3 days after the Philippines elections thereby losing the opportunity for Biden to meet the new President. Washington (and Canberra) will need to tread carefully in early contacts with the incoming President to acknowledge the pressures he will be under from all sides on this sensitive issue. He will also be having to review a number of other inherited domestic security issues from the extremely close relationship Duterte had developed with the Philippines military, Duterte’s change to a hard line versus the NPA and recent upsurge of incidents, as well as the approaching elections for the still fragile Bangsamoro Autonomous Region in Mindanao. No doubt he will also have to determine a plan for managing any request from human rights groups in the Philippines and overseas to have Duterte Sr. brought to international trial on the serious charges stemming from his anti-drugs campaign and about which one could expect strong views by Sara Duterte!