The Plenary Council agenda is not fit for purpose 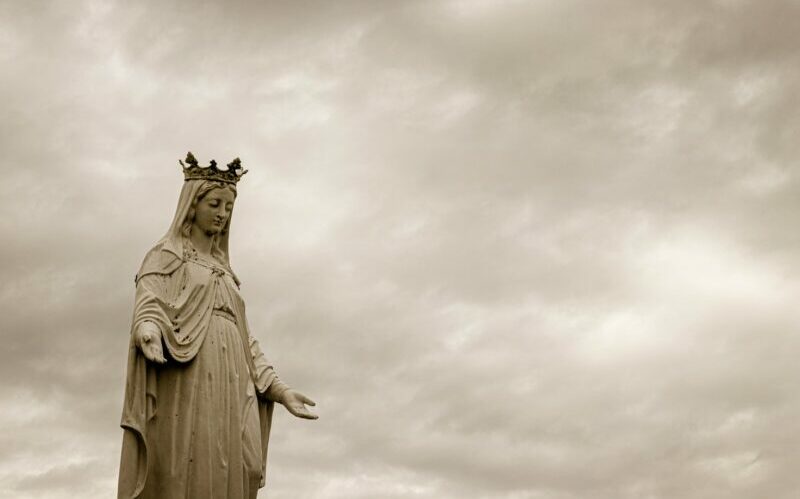 The approaching Plenary Council agenda have a vision of how the Church can best model and build the Kingdom of God, encourage open, bold, and Spirit-guided discussion and discernment, and lead to consensus decisions on how best to provide for the pastoral needs of the people of God.

Importantly, it must focus on the pastoral priorities identified by the faithful of the 36 particular churches in Australia.

In 1937, the agenda of the 4th Plenary Council, prepared by the Apostolic Delegate, totally disregarded the pastoral priorities identified by the Australian bishops, abrogated all the laws of previous councils designed for the Australian context, and replaced them with the 1917 Code of Canon Law. Minimal discussion took place at that council and the real pastoral issues, such as Catholic action, were only discussed after the council had concluded.

In March 2018, when the president of the Plenary Council Archbishop Timothy Costelloe urged Australian Catholics to “engage in an open and inclusive process of listening, dialogue and discernment about the future of the Catholic Church in Australia” and encourages “all Catholics, whether devout or disillusioned, fervent or frustrated, to seize this opportunity to speak what is on their minds and in their hearts. Your voice is needed — join in!”, they responded enthusiastically.

Over 200,000 Catholics made some 17,500 individual and group written responses to the question: What do you think God is asking of us in Australia at this time?

When those responses were collated, analysed and reported by diocese, the top priority issues identified were clear.

Other priorities and concrete proposals on church governance were identified by the review of co-responsible governance in the Church in Australia and published in “The Light from the Southern Cross” report.

Catholics for Renewal set out its discerned priorities and concrete proposals in its submission to the council, since published as “Getting back on Mission“.

It supplemented these with the summary documents explaining key concepts in its submission.

In January 2021 the Instumentum Laboris (Working Document), intended to lay the groundwork for the council agenda, was published. It proved to be “a tedious, meandering document lacking the parrhesia — frankness, lucidity, and boldness — which Australian Catholics were entitled to expect”.

In June 2021 the agenda finally appeared, and it was clear that little had been learned from the Instrumentum disappointment. Despite three years of intense participation, collaboration and discernment, the agenda document of one page, six items and 16 questions failed to take the priorities and proposals of Australian Catholics seriously. What has been offered as an agenda is little more than a collage of vague generalities focused almost exclusively on internal church issues, with little concern for the social, human rights and cultural issues swirling about the world.

Referring to Pope Francis’ “dream of a missionary option”, the declared agenda strategy is simply for the Plenary Council members “to develop concrete proposals to create a more missionary, Christ-centred Church in Australia at this time.”

In a May 2018 address to the Broken Bay Institute, ACBC president Archbishop Mark Coleridge insisted that the Plenary Council would be “an open consultation where ‘everything is on the table’”. So will the concrete proposals of members include some calling for substantial, even radical change? Will the members be prepared to discuss and discern the ‘taboo’ teachings on the ordination of women, artificial contraception, and married clergy.

Many Australian Catholics are not convinced that all their bishops are committed to the thoroughgoing renewal and reforms that Pope Francis is urging, instead preferring to continue with “business as usual”. Again and again Catholics have witnessed bishops refusing to set up diocesan pastoral councils against the express direction of Pope Francis: “A bishop cannot guide a diocese without pastoral councils. A parish priest cannot guide the parish without the parish council. This is fundamental!”

The Australian bishops, either individually or as a conference, could have implemented many reforms long ago; but collectively, they have hesitated, or refused to move.

It is sad to say, but many Australian Catholics now have little trust or confidence in their bishops, and some themselves recognise this. Archbishop Coleridge admitted that “it is the bishops overwhelmingly who have lost credibility”.

Until the bishops collectively show evidence they are prepared to change and be accountable to their people, scepticism about a successful council outcome will remain widespread.

So far, it is the bishops, primarily, who have overseen the preparatory stage of the council. They selected the lay participants from their dioceses to be called as members, determined the rules of the Council, and set the agenda. The whole process has spotlighted clericalism, which Pope Francis has called a “perversion of the church“.

The 280 members who will participate in the 5th Plenary Council have no ordinary role, for they will legislate for the future Catholic Church in Australia. Each member’s vote, whether consultative or deliberative, will count. Together they can legislate to have a Christ-centred missionary church which is a credible sign of the Kingdom of God (not mentioned in the agenda), or the Church as it is today — wounded, and for many a counter-sign to the Kingdom.

Catholics for Renewal believes the agenda as it stands is not fit for purpose and cannot endorse it. We recommend that it be replaced with one that embodies the discerned priorities and proposals of Christ’s faithful in Australia.

We would remind council members that at Vatican II, within days of its opening, several cardinals requested Pope John XXIII to set aside the Agenda prepared by the Roman Curia and authorise a new one more attuned to the signs of the times and presenting a more hopeful vision of the Church in the world. Pope John concurred and the rest is history. (See John W. O’Malley, What happened at Vatican II (Harvard: Belknap) 2008, 93-127).

If there are members unhappy with the agenda as it stands, we encourage them not to applaud as directed when it is officially presented (Statutes, n. 20) but to question then and there its fitness for purpose.