The Plenary Council: Consulting the faithful 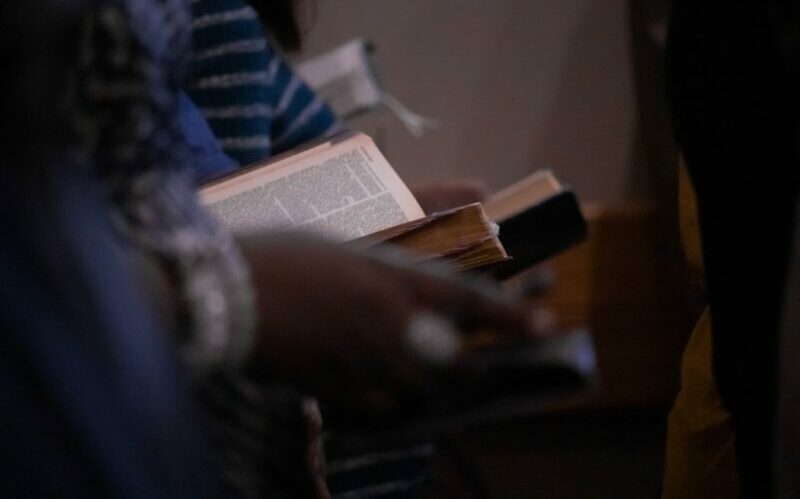 The episcopal and clerical members of the Australian Plenary Council should be particularly attentive to the voices of the laity when they address the council’s agenda.

The state of elementary education in England in the middle of the 19th century was a matter of considerable public concern. In 1858, the Newcastle Commission was appointed both to report on existing arrangements and to suggest measures likely to extend ‘sound and cheap elementary instruction to all classes of people.’

One of the associated problems was how to reconcile the freedom of denominational schools with public control over the subsidies which they then received.

In the January and February issues of the Catholic periodical, “The Rambler”, Nasmyth Scott Stokes, a recent convert to Catholicism, addressed the question of how the Catholic Church should cooperate with the Newcastle Commission. Stokes was in favour of open and positive cooperation with the Commission. Not only would such a policy dispel bigotry, but it would reassure the commission that the public subsidies which the Church received had been spent on school buildings and teachers’ houses and not on churches and presbyteries. He further suggested that the Catholic authorities should welcome the commissioners’ representatives into their schools so that they might witness personally to the effectiveness of Catholic religious instruction and assure the commissioners that Catholic education was calculated to train useful citizens and sound Christians.

“The Rambler” had already come under suspicion from the Catholic bishops, mainly because some of its distinguished lay contributors had shown the temerity to indulge in historical and theological criticism, suggesting, for instance, that St Augustine was a proto-Jansenist. Nor did it help that many of these contributors were not only laymen but also converts. The editor, Richard Simpson, another convert, was induced to resign, and, to the initial relief of the bishops, John Henry Newman was persuaded to succeed him as editor.

In the first number of “The Rambler” which he edited in May 1859, Newman studiously endeavoured to avoid controversy. The theological and historical articles were anodyne in intent and execution, and the pastoral visitations of Cardinal Wiseman to various centres came in for special commendation. But a comment by Newman buried in a notice on ‘Contemporary Events’ did not escape the scrutiny of prejudiced and critical readers. Apropos of the Newcastle Commission and in an oblique reference to Stokes’ articles in the earlier numbers, Newman submitted that:

We do unfeignedly believe… that their Lordships really desire to know the opinion of the laity on subjects in which the laity are especially concerned. If even in the preparation of a dogmatic definition the faithful are consulted, as lately in the instance of the Immaculate Conception, it is at least as natural to anticipate such an act of kind feeling and sympathy in great practical questions, such as their children’s education.

Even though Newman knew by this time (as Stokes did not know when he wrote in January and February) that the bishops were lukewarm at best to the prospect of cooperating with the commission and absolutely resistant to the commissioners or their representatives personally visiting Catholic schools, he nonetheless thought that there was merit in Stokes’ suggestion that there should be a wider consultation by the bishops before determining how they would respond to the Commission’s overtures.

Such, however, was the intransigence of the bishops in this matter that Newman himself was exposed to criticism and censure. His own bishop, Ullathorne, usually more enlightened that his fellows, did not hesitate to rebuke Newman for his temerity in suggesting that the laity might be consulted in such matters. His interview with the bishop on May 22, 1859, concluded with Newman acceding to Ullathorne’s request that he should resign from his short-lived editorship of ‘The Rambler’ after the publication of the next number in July.

If the good bishop had known the tenor of Newman’s contribution to that July number, perhaps he might have acted even more precipitately. For Newman’s essay, “On Consulting the Faithful in Matters of Doctrine”, went a long way to vindicating both the original articles of Nasmyth Stokes and his own supportive comment in the May number. Then it further demonstrated, both from a historical and a contemporary perspective, how consulting the faithful not only in the practical matters currently under review but even in doctrinal issues might preserve the bishops from straying into schism and heresy.

In drafting his essay Newman noted that prior to the recent (1854) definition of the Immaculate Conception there had been an instruction from Rome itself that the sentiments of the laity should be consulted. He noted, too, that there was expert theological opinion in Rome that such consultation was appropriate, not, indeed, as far as the drafting of the formal definition was concerned, but in assessing the sentiments of the laity in respect of the projected definition. In this, of course, there was a suppressed a fortiori argument. If Rome was willing to entertain the possibility that the opinion of the laity was relevant in a doctrinal matter like the Immaculate Conception, should not the English bishops be willing to consult the laity in a matter as eminently practical as the education of their children?

As the essay unfolded, however, Newman’s argument became even more pointed. There is no doctrine more central to Christianity than Christ’s divinity. Yet Newman could assemble a wealth of evidence from the 4th and 5th centuries to show that many bishops, both in the Latin and eastern churches, were Arian, rather than orthodox, in respect of this doctrine. Not only this, however. Newman also showed that while the bishops were in schism, the laity, in contrast, were resolute in their adherence to the orthodoxy of the Council of Nicaea. Whereas only too many bishops submitted to the Arian theology espoused by a succession of Roman emperors, the laity were willing even to endure persecution at the emperor’s hands rather than renounce orthodoxy. In some cases they even refused to bathe in the same public baths as the schismatic bishops and emperors lest they be contaminated by heresy!

I am not suggesting that such manifestations of division between clergy and laity should be entertained at the upcoming Australian Plenary Council. Nor am I even contemplating that some of our bishops may be in schism. But I am suggesting, in line with Newman’s essay, that the episcopal and clerical members of the Council should be particularly attentive to the voices of the laity when they address the Council’s agenda. This is all the more necessary because, inevitably, in view of the canonical structure of the Council, the laity will be in a very significant minority. An overwhelming majority of clerical members is appointed ex-officio, and in some instances bishops have seen fit to choose further clerics, rather than laity, to fill what vacancies remained.

Indeed, one might submit that a Plenary Council is a cumbersome instrument to ascertain the genuinely representative views of the Catholic Church in Australia. Many of the canonical strictures regarding the membership, agenda and process of the Council will dampen the original enthusiasm for the Council that provoked over 17,500 submissions. Second thoughts might have suggested an extra-canonical assembly after the German or Irish model as a better way to convoke a more representative, less clerical, meeting. On the other hand, a canonically structured council does have the advantage that its recommendations are more likely to be taken seriously by the Roman authorities.

Whatever the outcomes of the Plenary Council, let us hope that this consultation entered upon by the clergy and the laity will be regarded as a first, rather than a final, step. Pope Francis has already indicated that further consultations of this nature should be conducted in every diocese prior to the Synod on Synodality in 2023. If the Australian Plenary Council were to prescribe in preparation for this Synod that in each parish a parish council should be instituted, and that in each diocese a diocesan council should be established, and that in both instances the laity should be significantly represented on these councils, that might seem to compensate, at least to some degree, for the disparities of membership that more or less inevitably attend the Plenary Council.

The Australian bishops and religious superiors (of which I was one: 1991 – 1996) have never, as far as I know, been in schism – unlike their predecessors in the 4th and 5th centuries. But their handling of the clerical sexual abuse scandal and even their responses to the royal commission left much to be desired. The reactions of the Catholic laity to this debacle (surprise, disappointment, incomprehension, disgust even) might seem to parallel those of their lay counterparts in the 4th and 5th centuries when their bishops strayed from orthodoxy into Arianism. The Australian Catholic laity might submit that there has been as major a departure from orthopraxis by our bishops and religious superiors in their handling of the scandal of clerical sexual abuse as there was a departure from orthodoxy by these early Christian bishops when they strayed into Arianism.

Newman’s “Essay on Consulting the Faithful in Matters of Doctrine” drew attention to this historical precedent in early Christianity to argue for greater consultation with the laity in mid-19th century English educational matters. Might we also invoke its substance to suggest in the present parlous situation of the Catholic Church in Australia that a wider constituency than the predominantly clerical membership of the Plenary Council should be consulted, and that the laity’s wisdom, expertise and experience should be more adequately represented in any of the subsequent forums that the Pope has mandated in preparation for Synodality 2023?

Newman’s intervention with his bishop was unsuccessful – Ullathorne did not resile from requiring his resignation as editor of “The Rambler”. The reactions of the other English bishops and the Roman authorities were even more savage. Newman was denounced as “the most dangerous man in England”. But Newman’s essay continues to remind us that the sentiments of the laity are, at least sometimes, a more reliable guide to orthodoxy and orthopraxis than the incestuous opinions of the clergy.

It is imperative, then, that at the Plenary Council there will be a special sensitivity to the submissions and opinions of the under-represented lay members. Let us hope, too, that at least one of the outcomes of the Council will be to put in place iron-clad structures of consultation to ensure that at both the parish and diocesan level the voices of the laity are heard and heeded and that clericalist and episcopal vetoes are banished from ecclesiastical decision-making.