The Plenary Council has been a masterclass in avoiding the real problems in the Catholic Church. 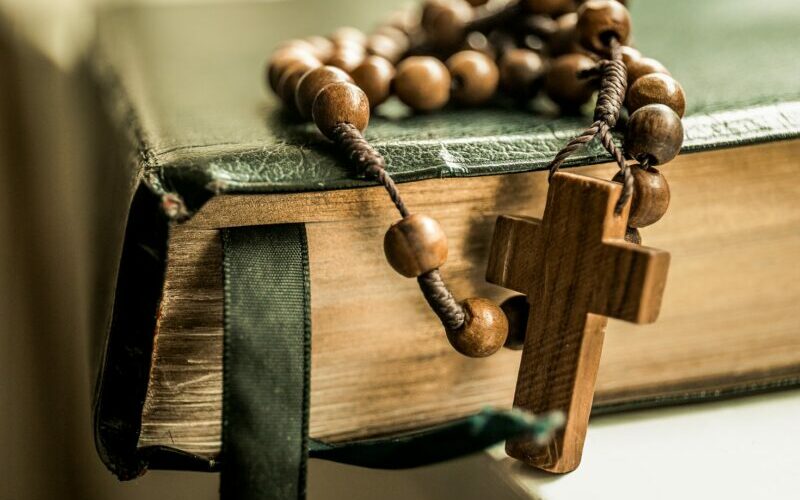 The present model of the Catholic Church has far outlasted its relevance. The time has come for all Catholics to tell Rome loudly and clearly: the monarchical model isn’t fit for purpose and has to go.

Despite Brisbane archbishop Mark Coleridge telling us some months ago that “We [bishops] can’t put up a sign saying business as usual,” last week the Plenary Council organisers managed to get the 278 members participating in a process that guaranteed just that. At the same time, they marginalised the issues that were highlighted as most important in 17,457 written submissions made in a nationwide, year-long consultation process.

It’s not as though anything revolutionary was being proposed. I studied theology during the Second Vatican Council (1962-1965), was an active priest for 33 years in the post-Vatican II church and have been involved actively in Catholic renewal movements for more than 45 years, yet here’s the Plenary Council still debating the same issues that have been highlighted since 1965.

These issues were around long before some of the Plenary Council members were born!

I’m not blaming them for their birth date, just highlighting the fact that we’re still debating the role of women, authority in the church, appointment of bishops, moral values and gender issues, adopting genuine values from the wider world, like equal acceptance of rainbow people, all because many of the bishops appointed by John Paul II and Benedict XVI, supported by small reactionary coteries of clergy and laity, have become past masters at endlessly marginalising these issues.

While there were people inside who tried very hard to shift the discussion to important questions, the Plenary Council organisers, either consciously or unconsciously, used the process to side-step the issues they wanted excluded.

One way they did this was by using a much-used word in Catholic circles these days, “discernment”. The idea is derived largely from spirituality to describe a process involving the contemplative weighing-up of options, a thoughtful, quiet search for the truth. In theological terms it’s seeking to find God’s will, the way in which God is leading either an individual or community.

Another fashionable term the Plenary Council used is “deep listening” which is all very good when you’re a counsellor and have plenty of time to spare, but it can totally preclude reaching a conclusion, especially on difficult or contentious issues within a short timeframe.

The Plenary Council used discernment and deep listening as smokescreens, ways of slowing down processes and getting through the week before a consensus was articulated around unwelcome issues. It may have been unconscious manipulation, but then I’m a suspicious character!

The COVID-19-determined, multimodal, online process also stymied discussion. If you are not physically present to others, its hard to form coalitions and influence agenda and outcomes, as would happen in normal person-to-person meetings. Running the meeting online gave the organisers excessive control of the process.

What’s come out of the week? Another management master-stroke. After an indicative vote by the Plenary Council, the organisers have shunted the issues off to a steering committee that will formulate proposals to be put to a definitive vote by the bishops in July 2022. Their vote will then be sent to Rome for review and approval. Pope Francis notwithstanding, it will be non-Australian hacks in the Roman bureaucracy who will make the final decisions about the future of Australian Catholicism.

But, thank God, not all is lost. It was the Royal Commission into Institutional Responses to Child Sexual Abuse that jackbooted the Australian bishops into calling the Plenary Council, and here its processes actually worked. This was helped enormously by the presence of Francis Sullivan, chair of Catholic Social Services Australia and former CEO of the Truth, Justice and Healing Council, the bishops’ response during the royal commission.

Last Wednesday was devoted to confronting abuse in Catholicism. Sullivan says: “Confronting the shameful history of abuse is vital. That history is alive today. It is something we carry as a Church, and it must shape us as a Church. Unless all the implications of the sex abuse scandal are faced head-on, I fear the Church will struggle to be identified for anything else in my lifetime.”

This reflects the words of the prominent Czech sociologist and priest Tomáš Halík who says that clerical abuse is a symptom of a disease of the whole ecclesiastico/clerical system which can only be cured by profound reform (Tablet, October 2, 2021).

Another achievement of the Plenary Council was highlighting First Nations’ issues and support for the Uluru Statement from the Heart. There was also a conscious effort, at least in terms of presentation, to place women front and centre.

There has been one fundamental question missing from the whole process: the question of the very nature of church itself. Again, Coleridge was right last month when he told the ABC’s Religion and Ethics Report: “I think the monarchical exercise [of episcopal control], that gathered to itself that culture of secrecy … that was so brutally exposed [in] the royal commission, has got to go.”

That’s the nub of the problem facing the universal Catholic Church. The fundamental problem is that Catholicism is operating out of a model of church that has long passed its use-by date. No matter what changes are made in governance, transparency or accountability, it will still be patching-up the old system, putting “new wine into old wineskins” as Jesus said (Mark 2:22).

Let’s be absolutely clear: Jesus didn’t set up a monarchical hierarchy. He established a community of equal disciples, women and men, to carry on his mission.

But over the centuries as it dealt with various social and political realities, the church has adopted and operated through various governance models. The church before Constantine (313AD), facing intermittent persecution from the Roman state, was very different to the 17th-century establishment Catholicism of Louis XIV’s France. Historically, no model of the church is absolutely normative.

The core problem the church faces today is that its governance model has far outlasted its relevance.

The present model comes from the 16th century post-Reformation era and the political theory of divine right absolute monarchy. It was given definitive form in Robert Bellarmine’s three volume Controversies against the Protestants (1593). Bellarmine, Galileo’s nemesis, claimed that the pope was essentially the “divinely instituted” monarch of the church. This notion was enshrined in the decrees of Vatican Council I (1870).

If Bellarmine felt free to apply the then-contemporary notion of absolute monarchy to the church, we should not be afraid to use models from our time; we have a tradition of election, accountability, transparency and democracy. But these characteristics of good governance are meaningless in an absolute monarchy model. The time has come for all Catholics to tell Rome loudly and clearly: the monarchical model isn’t fit for purpose and has to go.

Otherwise, the Plenary Council has been so much hot air.