The renaissance of nuclear energy is a myth

Nuclear energy is often abused to secure power political and geopolitical strength. Renewable energy, on the other hand, strengthens democracy, participation and prosperity.

Twenty years ago, Germany decided to phase out nuclear energy. This was preceded by decades of heated discussions, ongoing civil protests and large-scale social conflicts. Since the 1970s,  Germany has had a pronounced anti-nuclear power movement that included broad sections of society. After the nuclear power plant accident in Chernobyl in the Ukraine in 1986, this movement reached its peak. Twelve years later in 1998, the Federal Government pushed through the nuclear phase-out, which stipulated that all nuclear power plants would be shut within a fixed period of about two decades.

At the same time, the government promoted renewable energy, which today accounts for more than 40 per cent of electricity production. The last nuclear power plants will be decommissioned in the coming years. This means that renewable energies have already not only replaced the former share of nuclear energy, but have even overtaken it. Nuclear energy has been completely replaced by renewable energy.

With the need to transition rapidly to net zero emissions, the nuclear industry and mining groups have been busy in recent years promoting their so called ‘silver bullet’, hedged on unproven and incredibly expensive technology. But Australia has the opportunity to leapfrog Germany’s nuclear experience and move straight from polluting fossil fuels to 100 per cent renewable energy. Australia must not be tricked into going down the expensive nuclear road.

Nuclear power plants are a high-risk technology, with potential risks of environmental and health damage. In contrast, renewable energies are environmentally and climate-friendly. The so-called renaissance of nuclear energy is a myth. Only a few countries worldwide are building nuclear power plants – all in countries that offer state subsidies to make the construction possible.

What the current corona crisis makes evident once again is that in times of crisis, systemic relevance and resilience are very important. Energy system transformation is the solution to both challenges: a successful energy system transformation that guarantees a full supply of domestic renewable energies is systemically relevant and creates enormous economic resilience; it makes us independent of external negative shocks. What’s more, it strengthens regional value creation, promotes innovation and enhances the competitiveness of the entire economy. A full supply of renewable energies is technically feasible and economically profitable.

The next steps of the German energy transition will ensure that the share of renewable energies will continue to grow steadily, thus also replacing coal-fired power plants. In addition, everything will have to be done to save energy and to consistently implement “efficiency first”. This means buildings will have to be renovated.

In the transport sector, greater emphasis must be placed on traffic avoidance, modal shift and optimisation. “Renewable First” is just as important. Green electricity must be used as a priority for mobility on rail and road and in the heating sector. Only for those transport sectors where direct electrification is not possible does it make sense to use fuels derived from green electricity such as hydrogen.

The switch to a full supply of renewable energies is not only technically feasible, but  economically profitable. The political will is the key. Germany is showing that it can happen. 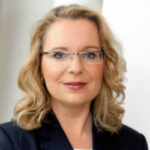 Dr Claudia Kemfert is an economist at the German Institute for Economic Research (DIW Berlin), the head of Energy, Transportation and Environment; and Professor of Energy Economics and Sustainability at the Hertie School of Governance in Berlin.