The Reserve Bank needs accountability that only external scrutiny can provide

In the US and other countries, central banks have agreed to greater transparency in return for modifications of Freedom of Information policy.  That would be appropriate in Australia, given the failure of our FOI Act to generate meaningful transparency.

The RBA is failing to meet its statutory objectives.

Underlying inflation has fallen below the target of 2‑3 per cent and unemployment has substantially exceeded estimates of its sustainable rate, about 4½ per cent. These misses have persisted for five years and are expected to continue over the foreseeable future.

The RBA’s persistent failure establishes a presumption that reform is needed.  Specifically, I suggest greater transparency would improve decision-making.

The case for reform is reinforced by the RBA’s record of preventable errors. Paul Keating has argued that the Reserve Bank has a culture of indolence — claiming it was: “too slow lifting interest rates in the face of the commercial bank credit bubble of the late 1980s and too slow in getting rates down in the early 1990s.”

Over its history, the RBA has kept changing the variables that it tries to stabilise, including many  – the gold price, the money supply, the current account deficit, a “checklist”, the debt/income ratio – that economists would now consider to be bad targets for monetary policy. Typically, the RBA adhered to the old target well after economists realised it was no longer sensible.

And now, in the new Covid-world, the RBA is using a narrow range of tools that are inadequate to deal with an unusually severe recession.

So, while many observers disagree with the monthly decisions of the Bank, we also need to consider more fundamental problems. Repeated and persistent mistakes suggest the RBA’s structure and incentives are flawed.

In my view, decisions about monetary policy suffer from a lack of external scrutiny. This makes mistakes both more likely and more persistent.

The RBA Board is meant to provide oversight. But the Board is mainly composed of business leaders who lack expertise in monetary policy. It is unable to effectively challenge the Governor.

Parliamentary committees are also meant to provide oversight. Politicians can ask good questions every six months, but they lack the time, skills or incentives for effective scrutiny.

We need to give the Board and parliamentary committees more resources and expertise.

The more important reform is to require the RBA to be more open. In particular, it needs to provide detailed reasons for its decisions.

We already require judicial and administrative decisions to be explained in a way that facilitates review and appeal. We should have higher standards for monetary policy, given that it affects millions of households and that the RBA has a large staff to do the drafting. Checks on bureaucratic discretion should be tighter for central banks than for other institutions.

The Bank needs to explain the pros and cons of different policy options. Otherwise, outsiders cannot usefully engage with it.

For example, the Bank should explain why it is avoiding negative interest rates. That involves explaining why it disagrees with the substantial research (surveyed by the BIS, IMF, ECB and Fed) that concludes negative rates help. As another example, why doesn’t the Bank do more QE?  It needs to provide these explanations when decisions are made, not wait for a year to be asked in Parliamentary Hearings.

The RBA’s worst failure of transparency has been on the issue of financial stability. The Bank has said the reason for not meeting its statutory targets is that it is worried about household debt. Although many economists think this position is inconsistent with the available research, the Bank has provided virtually no explanation for its position. Well-known counter-arguments have not been addressed or even acknowledged. (For example, the inappropriateness of using a cyclical tool to deal with a trending variable; low interest rates boost asset values more than debt, so reduce leverage; consumption has become less variable as indebtedness increases).

In more normal times, the Bank should publish conditional forecasts — that is, forecasts of what inflation and unemployment would be under different policies. For examples, see Lars Svensson (who makes a strong case for clearer central bank communication) or Janet Yellen. If alternative paths for interest rates would bring inflation and unemployment closer to target – as would have been the case for the past few years – the bank needs to fully explain why they are not chosen. Any meaningful discussion of policy choices requires knowing the expected consequences of the alternatives.

The argument against publishing conditional forecasts is that the current RBA Board lacks the expertise to do it. So the composition of the Board would need to be changed. As suggested above, that is desirable anyway.

Explaining decisions would make it easier for mistakes to be identified and corrected.  It is also necessary for accountability and democracy. The public needs to have confidence that decisions are well-based, reflect society’s values and do not unduly benefit favoured groups. This is especially so for the RBA, which is largely self-appointed and wields enormous power.

For transparency measures to be meaningful, the Bank’s explanations need to be challenged and defended. International experience has shown press conferences following meetings to be effective in this. Sceptics should watch them on youtube – they will be surprised. The RBA is almost unique among major central banks in not having regular press conferences.

“Each month [I] listen to many of my staff telling me I’ve got it fundamentally wrong. They tell me, ‘You’ve got this all screwed up.'”

The RBA minutes do not record the Board adjudicating such disputes. So presumably Governor Lowe adjudicates them himself. That is a bad process for decision-making.

Some readers will dispute the need for change, claiming that the RBA does not make mistakes. But how would they know that? There is no effective process for identifying — let alone correcting — mistakes. And even if you agree with past RBA decisions, how can you have confidence in decisions made by future personnel?

Others suggest that the failures of monetary policy might be solved by changing the RBA’s targets, for example to a price level or nominal GDP. This is a secondary issue. If the RBA is unwilling or unable to hit its current targets, why would we expect it to hit new targets? The more important goal is to ensure that any mistakes are identified and corrected quickly — so that, if the RBA misses its targets, it does so for defensible reasons.

In the US and other countries, central banks have agreed to greater transparency in return for modifications of Freedom of Information (FOI) policy.  That would be appropriate in Australia, given the failure of our FOI Act to generate meaningful transparency.

FOI generates none of the useful information discussed above. I am not aware of any application under the Act that has led to disclosure of reasons for a monetary policy decision.

Instead, FOI stifles internal discussion. Outsiders do not realise how harmful FOI is.

Useful contributions to internal decision-making will typically consider and criticise alternative viewpoints. Disclosure would therefore leave the author’s colleagues open to public criticism and embarrassment. The natural reaction of everyone involved is to avoid saying and/or distributing anything critical in writing.

Organisations get around FOI restrictions by keeping their documents bland and only discussing important decisions orally. The only challenges are those that quick-thinking listeners can form on the spot. Oral arguments cannot be checked against references or data.

Bad decisions inevitably emerge from that process. These flaws are documented and discussed in the 2015 Shergold Report on failures in government decision-making.

In short, the RBA needs meaningful transparency, not the ineffective and harmful requirements of the FOI Act. 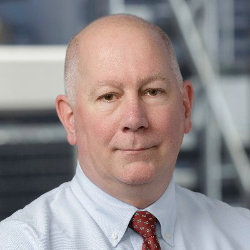 Peter Tulip was senior research manager at the RBA until August 2020. He is now Chief Economist at the Centre for Independent Studies.