The right is now lies and bigotry: what next for conservatives? 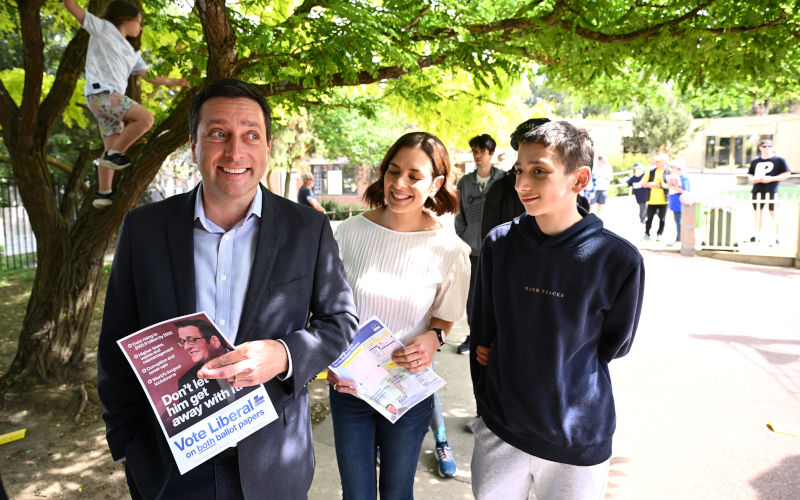 Those of us who hope for a future for our children cannot vote for the current right, infected by international strains of bigotry and deceptive authoritarianism as it stands. The centre right must evaluate what it has to offer, rather than cowering under the threatening might of its extreme partners.

The international right is cynical and dangerous. It is crucial we look beyond the surface rhetoric to understand what it represents because Australia is not immune.

The global right is pervaded with “expert and prodigious liars”: truth is irrelevant to their pursuit of power. The American experience is key to Australia: from the Civil Rights era, conservatives understood the future to be demographically grim for them. Instead of finding an electable path, they have increasingly developed deceptive strategies and gambits to con enough voters to enact their oligarchic agenda. The most dangerous lies have been delivered in the service of commercial interests such as fossil fuels. Now our very future stands in doubt.

Equally frightening is the degree to which the right is becoming honest: bigotries which were unmentionable in public or dog-whistled, these politicians now speak openly. The conspiracies that wind through the internet’s social spaces are spread by politicians and their media allies. Religion is used to dignify the ugly prejudices and fantasies.

One would be naive not to expect lies and deceptions in the games of politics, but when one side destroys the bases of trust, the contest can no longer function. Constant lies gushed from President Donald Trump. The question of Scott Morrison’s honesty was deemed worthy of an entire book by Bernard Keane.

The Albanese government has granted Australians a pause in which to take stock. Around the world old divisions and alliances are unstable and shifting. The trajectory is towards profiteering amongst the richest in the face of mounting crises, and the subjection of the masses. The climate emergency’s catastrophes pile on the pressure. We need to stop assuming that our old truths remain true, our old alliances remain worthy, and that our moral bearings are intact.

It has become clear that formerly conservative parties are willing to work with anyone in the pursuit of power. It is also clear that they can be willing, in emulation of Hungary’s Viktor Orbán, to use election victory to dismantle the structures that allow others to remove them.

In his essay on the results of the latest Israeli election, “The Israel we knew is gone,” David Friedman observed that “Israeli political trends are often a harbinger of wider trends in Western democracies.” The fact that Bibi Netanyahu has made a pact with the devil to regain power should stand as a stern warning to us all.

Netanyahu has formed government with figures that belong to the most extreme positions in Israel, who believe that shooting Palestinians should not be criminal; they won their election largely on mistrust of Israeli Arabs, threatening greater persecution of non-Jewish parts of the nation, including startling projects like separate beaches for Jews and Arabs.

A number of “conservative” parties in the West are beginning to work more overtly with the far right. The Neo Nazi-born parties are donning suits and detoxifying the worst of their rhetoric; in return, they are being accepted as partners in the political process. In Sweden, for example, three conservative parties have formed government by agreeing to work with the party of Neo Nazis to guarantee supply. The quid pro quo entails an array of harsh policies on immigration.

In France the far right has shown itself content to work with the left, to challenge Macron, but also to build a misleading facade of normalcy. These decisions to hide their ugliest faces in pursuit of power is one of the more chilling aspects of the movement.

In other countries, including Australia, the UK and US, our “conservative” parties are not so much cooperating with far-right parties as devouring them. John Howard’s lurch rightward from the 1990s to capture Pauline Hanson’s radicalised supporters was only the beginning of Australia’s “conservative” party’s moral destruction. Australia has, in turn, helped radicalise our anglosphere allies: our brutal policies against asylum seekers have infected our AUKUS partners, helping make their copycat actions shocking to rule of law representatives in those nations.

Victoria’s Liberal Party has presented itself as moderate to suit the electorate but is crippled by the branches gradually being overwhelmed by religious conservatives. Thus its policy platform includes support for conversion therapy, and its leader refuses to condemn candidates with a deeply reactionary mission. It has even preferenced known antisemite far-right candidates in its ethics-free desperation.

This reflects the American radical right development called the Nat Con movement. The billionaire-funded youth of the Republican Party now parades itself as fighting “the perfidy of the ruling class.” There it parades its bigotries as the defence of the little people.

The right has shown itself adept at co-opting left ideas and banners. The academics’ defining of relativism, which granted that there is no single truth for colonisers that is also the truth for the colonised, has been taken by the right to say that there is no truth.

The far right and the left share discontent with neoliberal orthodoxies. There are uncomfortable sympathies between the “poles” that have emerged over the pandemic. Resentment at government public health policies that they saw as precursors to totalitarianism melded with rampant (and often justified) mistrust of Big Pharma on the left to allow them to see the far right as fellow travellers. In a similar way, some feminists, particularly in the UK, have been co-opted by the far right into the anti-LGBTQI movement. Even Queer women join these attacks on trans existence – depicted as an affront to women – failing to realise that they too will become targets down the road. Thus, the far-right misogynist movement adopts a “feminist” face.

Antisemitic thought is as central to the radicalised right as anti-Muslim thought. Strange alliances are born. Orban’s Hungary has made George Soros a boogieman. This expat Jewish figure’s demonisation illustrates the hollow nature of Orban’s claim not to lead an antisemitic regime. Despite this antisemitism, his shared hatred of Muslims has made him a strong ally for Israel’s Netanyahu.

The Liberal Party, in federal and Victorian elections, chose to play duplicitous games, pitching themselves to the centrist voter as rational. They chose, however, to play also to the conspiracy and religious fringes. This American strand of right-wing politics has been rejected by Australians.

Those of us who hope for a future for our children cannot vote for the current right, infected by international strains of bigotry and deceptive authoritarianism as it stands. The centre right must evaluate what it has to offer, rather than cowering under the threatening might of its extreme partners. 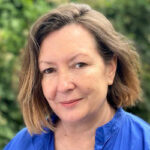