The rules of the West dominate the ‘rules based order’. That has to change

We need to rethink the rules of international relations and the supporting institutions. However we need to make the rules more democratic, transparent and inclusive.

“Rules-Based Order” is not a helpful or even meaningful concept. It immediately raises the question: “Whose rules”? The prevalent “order” has been dominated by the rules and institutions of the West, more specifically the European inter-state system, and expanded with some modifications by the United States.

While some of these rules and institutions retain relevance, and helped stability and prosperity, “the rules” also have unsavoury, ambiguous and outdated features. Take, for example, “free trade”. This concept has become controversial even in the West.

Multilateralism as a form of inter-state cooperation has also faced challenges from rising populism, both in the West and the Rest. In short, the legitimacy of the “rules” in the “Rules-Based Order” is increasingly contested. Rising powers like China are selective in keeping some rules, challenging others, and introducing some of their own.

For example, China supports globalisation but pursues it through its nationalistic agenda and approach – which gives primacy to state-control, and state-owned enterprises, and operationalisation through policies such as the Belt and Road Initiative (BRI).

Some other nations feel — fairly or unfairly — that this approach is exploitative and a challenge to the free market economy.

In the case of multilateralism, emerging powers such as India as well as China are supportive, but also demand serious reform of decision-making rules and leadership – especially with respect to giving these nations more voice and control.

Sometimes, the notion of a “Liberal International Order” (LIO) is conflated with “Rules-Based Order”. But as I wrote in my book, “The End of American World Order” (2014, 2018), the LIO was also a hegemonic order – more like a club of the West and dominated by the US, rather than an inclusive global order accepted by all. Large developing countries, including India and China, were not really accepted as equals into the LIO leadership. Its benefits accrued more to the West than to the Rest. The rule of the LIO also stressed Western ideology and opposed alternatives, such as socialism and communitarianism.

On the other hand, the West is still reluctant to give credit to the ideas and rules developed initially by non-Western countries. Take the idea of “responsible sovereignty”, which was the basis of the “Responsibility to Protect” (R2P), the rule that stresses the responsibility to protect a state’s population, and not merely the state – and which acknowledges that the broader community of states might need to intervene in a state when its own government is not fulfilling that responsibility.

While this is not a universally accepted rule, it is still a powerful norm that has shaped debates and actions about intervention in the past decades. African leaders played a major role in developing the concept and Africa was a major battleground and testing arena for this idea. But much credit went to Canada and Australia as pioneers of this norm, because these countries could put resources into developing the R2P as a policy concept at the UN level.

I think the world needs a thorough rethink of both the rules — the fundamental and operational rules that define international relations — and the institutions needed to support, sustain and implement these rules.

Global health is a primary example. The Covid-19 pandemic has exposed the limits of the mandate, rules and the institution (World Health Organisation) for combating global health emergencies. For example, giving the WHO more funding is not enough. There has to be a stronger mandate as well.

This was underscored by Dr Deborah Birx, the former coordinator of the Trump White House’s coronavirus task force, who argued that the country that is first exposed to a pandemic “has really a higher moral obligation on communicating and transparency”. UN Members should push for the UN Security Council to make it mandatory for states to report and allow WHO fact-finding within days of a major disease outbreak – to avoid the kind of situation that happened in Wuhan, where the novel coronavirus was first detected and went out of control before the WHO could even send a fact-finding mission.

Failure by a state to report outbreaks promptly and allow WHO fact-finding missions should be treated as being equivalent to aggression. Terrorism reporting, for instance, is now mandatory. The United Nations Security Council Counter-Terrorism Committee (CTC) can be a model, but a shorter and incident-based reporting period for disease is necessary.

Another area where we need rules and a new mindset is environmental destruction and climate change. Some of the worst forest fires have happened in Western countries: Australia (where billions of animals perished) and the US. Until recently, however, most of the media focus on environmental crisis in the Indo-Pacific region has been on deforestation and forest fires (for example, in Southeast Asia). Holding the more developed nations politically and even legally (and not just financially) accountable for damaging bio-diversity is critical to generate confidence in global rules.

Formulating new rules requires a new vocabulary of international engagement. The term “liberal RBO” is not useful because, as I have said, who and what is “liberal” is contested, ambiguous and divisive. It can refer to domestic liberalism, with a stress on democracy – which invokes the idea of a ‘club of democracies’ (like the so-called Quad, the emerging US, India, Japan and Australia process), something that invites Chinese hostility.

It can also refer to economic liberalism (free trade) and international multilateral institutions. These are not necessarily complementary. Authoritarian nations such as China can support free trade areas — as is happening in the case of the recently completed Regional Comprehensive Economic Partnership (RCEP) — just as much as democracies like Australia and Japan have done. On the other hand, democracies like India and the US (under Trump at least) oppose them. “Conservative” would turn off a lot of people these days not because it is inherently a bad idea, but because of its association with the unsavoury anti-immigration and anti-climate protection policies of incumbent regimes in Australia and the US. A “consensus” or middle ground between liberal and conservative rules may seem highly desirable, but it would be difficult to achieve given the extreme partisanship in domestic politics of many nations these days.

To sum up, I think the main problem in thinking about a Rules-Based Order is the baggage of Western dominance it carries and the tension between inclusiveness and privilege. As the world order changes through a redistribution of power, ideas and influence — or what I have called a Multiplex World Order — we need to make any “Rules-Based Order” more democratic, de-centred, transparent and inclusive. These should be the primary organizing principles of the future of multilateralism.

This article was republished from AsiaLink. 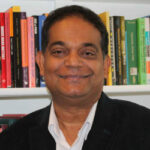 Amitav Acharya is Distinguished Professor of International Relations at American University, Washington, D.C. He holds the UNESCO Chair in Transnational Challenges and Governance at the School of International Service.