The Singapore mouse that taught the China elephant 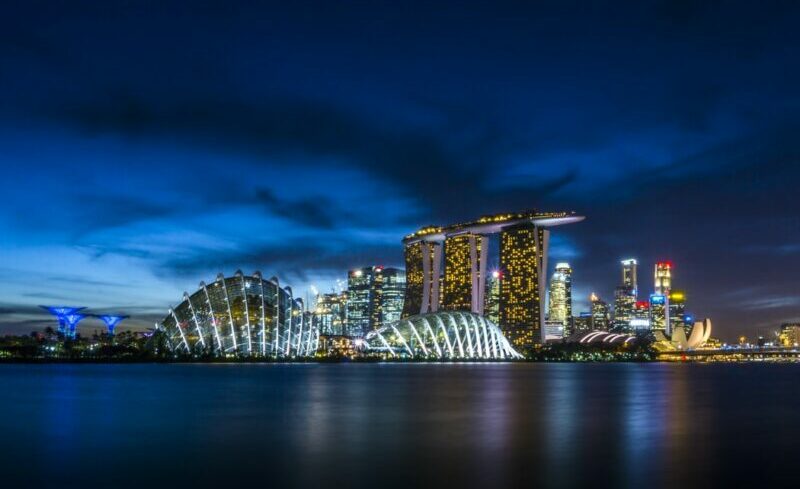 Compare Singapore’s dextrous diplomacy with the clumsy manner in which the Australian government handles its relationship with China.

Napoleon Bonaparte, the French emperor and famous military leader was reputed to have said, “There lies a sleeping giant. Let him sleep! For when he wakes, he will shake the world.”

During Napoleon’s lifetime, and for the next 13 decades, while China slept, she was savaged by the Western powers and Japan; had her ports forced open to imports of opium in exchange for her valuable tea and silk; and her coastal cities carved up into foreign “concessions”.  What was particularly galling to the Chinese people, in China and elsewhere, was the story circulating about a sign in a Shanghai park which stated: “No dogs or Chinese allowed”. While there were some stirrings and attempts at internal repair, and the salvaging of national pride (e.g. fighting the Americans and her allies to a stalemate near the 38th parallel in the Korean War) during the Mao era from 1949 to 1976, much of the period was a nightmare – e.g. Great Leap Forward, Hundred Flowers Movement, Cultural Revolution. In economic terms, she was still slumbering. Her dreams of creating a workers’ utopia based on the Russian model failed.

Nevertheless, wakeup she did in the mid-1980s under China’s paramount leader Deng Xiaoping who famously turned communism on its head telling the Chinese people, “Poverty is not socialism.  To be rich is glorious”! But how? How does a Rip Van Winkle learn the ways of modern capitalism without a good teacher? They went looking for a teacher and found her in Singapore, one of the tiniest of countries in the world with the then population size of 2.736 million people; and a land area of 728.6 square kilometres. Such a surprising choice was a logical one according to Bai (“Changing Tides”, Global Times, 2017):

“Beijing has long been obsessed with what it calls the Singapore model, praising the city state’s success in maintaining a single-party rule, a relatively uncorrupt government and a robust and inclusive economy … viewed Singapore as an example that Asian culture, especially Confucianism, can provide an alternative to Western democracy … been fascinated by Singapore’s success in achieving advanced economic industrialisation without undergoing substantial political reform.”

Deng Xiaoping visited Singapore in 1978 and was suitably impressed. The learning episode truly began when Singapore’s late prime minister Lee Kuan Yew visited the Chinese city of Suzhou in 1992 with his Deputy Ong Teng Cheong. Suzhou, the Venice of China, was in a state of dilapidation. He was approached by the Mayor of Suzhou, Zhang Xinsheng, with the proposition that Singapore invests 10 per cent of its US$50 billion in reserves to build an industrial city modelled after Singapore. After some political orchestrations on the Chinese side, the project was approved.

However, right from its inception, both sides were thinking on cross purposes. In Lee’s own words (From Third World to First: Memoirs of Lee Kuan Yew 2000. pp 719-724):

“At first Zhu thought my proposal was another money-making idea on behalf of our investors. I explained that my proposal was in response to many delegations that had come from China to study us in a piecemeal manner but would never understand how our system worked. With Singapore and Chinese managers working side by side, we could transfer our methods, systems and know-how.” (“Zhu” was Zhu Rong Ji, China’s Vice-Premier).

However, before the Suzhou Industrial Park (SIP) had a chance to succeed, the law of unintended consequences struck. Lee lamented, “Instead of giving SIP their full attention and cooperation as was promised, they used their association with Singapore to promote their own industrial estate, Suzhou New District (SND), undercutting SIP in land and infrastructure costs, which they controlled.” Nevertheless, LKY declared the SIP a “partial success”. The tutoring continued.

By 2017, some 50,000 Chinese officials had received training in Singapore. A special programme was created in Nanyang Technological University to cater specifically for Chinese officials. The outcome of the coaching was success beyond expectations. Brutally cracking down on corruption like LKY, Xi Jinping set China on a trajectory to become the third major power in the world, some would say poised to overtake the US economically and militarily. However, as China found its feet, the fascination with the Singapore model waned. Fractures started to show, not the least of which was Singapore’s support for The Hague’s ruling in 2016 in favour of the Philippines over a West Philippines Sea and Scarborough Shoal dispute; and the non-attendance by Singapore of the Road and Belt Initiative Forum in Beijing in 2017. The reasons are best summed up in the following analysis by Ruan Zhongze, vice president of the China Institute of International Studies:

“China’s relationship with Singapore is still better than many other bilateral ties. The ethnic and cultural bonds as well as economic ties between the two countries remain strong. But as China’s influence grows, Beijing expects to be treated accordingly, and Singapore is struggling to adapt to that change.”

The hard reality is that relationships and expectations change when the protégé supersedes the teacher. However, in testimony to tiny Singapore’s ability to manage differences with China, PM Lee Hsien Loong officially invited Chinese Premier Lee Keqiang to visit Singapore. This was preceded by Foreign Minister Vivian Balakrishnan’s statement in an interview that Singapore was a strong supporter of China’s Road and Belt Initiative (Global Times, 2017). In a parallel manner Balakrishnan gave CNA an interview a couple of days prior to VP Kamala Harris’s visit, stating categorically that Singapore will not be anyone’s stalking horse. In that visit, she had an orchid named after her. Compare this dextrous diplomacy with the clumsy manner in which the Australian government handles its relationship with China. For the sake of rapprochement with China, will conservative LNP voters ever allow one of our native orchids to be named Vanda xijinping? It is probably easier to countenance a Vanda morrison or a Vanda dutton.

China heeded Confucius’ advice about learning: “三人行, 必有我师” usually translated to mean, “Of three people walking, one will be my teacher.” Implicit in the saying is the exhortation to be humble. Contextually, such a quality is imperative in small countries striving to survive among giants.