The struggle for real reform in the Australian Catholic Church: Catholics and their bishops are at odds

Australians should be concerned about what is happening currently in the Catholic church. Catholics are engaged in a review of their church in this country, yet there is growing evidence the process is being manipulated.

After seeking input from lay Catholics, a process known as a Plenary Council, the Catholic church is soon to begin formal sessions. But there is growing evidence the process is being manipulated, as traditionalists try to reconstruct reality, including downplaying Royal Commission findings.

Certainly, many lay Catholics have great suspicions and doubts as to the integrity and good faith of the process. They made that clear in submissions early in the Plenary process, which resulted, in part, from the scathing findings by the Royal Commission into institutional sexual abuse. Those findings included two areas of cultural and structural failures, namely governance and clericalism. Both issues figured prominently in the 17,000+ submissions made by lay Catholics in the first stage of this process.

But now, at a very advanced stage, in a document (Continuing the Journey) intended to facilitate a meaningful agenda, both issues are minimised, in ways that distort earlier submissions, deflect the significance of Commission findings and point to ‘business as usual’ outcomes.

Sadly, the document also attempts to deflect serious consideration of the role of women in the Australian church, referring to “the perceived (my emphasis) under-representation of women in formal leadership and decision-making roles”.

These developments speak of a disregard or overlooking of conscientious lay analysis and input on the church’s mission, and they are markers in what can only be considered a deceitful process, seemingly being run by traditionalists, with the blessing and encouragement of many Australian bishops.

Clericalism is dealt with in a manner that understates its real significance. It is implied as being a problem in only some places and there is no comprehension of its very real cultural, structural, and behavioural elements. It is a perspective on clericalism that is decidedly clericalist. In seeking to downplay it, the document succeeds in proving the opposite.

What makes the minimisation of clericalism issues more perplexing is that it is one matter about which Pope Francis has been quite explicit and categoric saying: “Clericalism is an evil… to say ‘No’ to sexual abuse is to say an emphatic ‘No’ to all forms of clericalism.” Every Australian and Catholic should ask themselves: Why is the Australian church trying to duck this issue?

It is a similar picture with governance where reform is needed to bring transparency and accountability to a church structure that is antiquated and opaque, and effectively aids ‘the cover-up’. In response to the Royal Commission, the bishops established a governance review team to shed light and clarity on how these matters could be addressed. That group reported last August – The Light from the Southern Cross – providing a roadmap for reform in these areas.

But again, the latest pre-agenda Plenary document makes little mention of what has been internationally praised as showing the way forward for the church, not just in Australia but worldwide. Rather than leverage the clarity and insight it provides, the emphasis is on confusing and deflecting, in what can reasonably be assessed as a delaying tactic.

Given all that has happened in the past 10 years, it is breathtaking that an official Catholic church document supposedly aimed at facilitating constructive decision making, could so blatantly attempt to minimise, confound, and deflect the need for reform in these areas. Lay Catholics will not stand for it and neither should the broader Australian community.

If we are to believe him, President of the Australian Bishops Conference, Archbishop Mark Coleridge of Brisbane, says that ‘business as usual’ outcomes from the Plenary are out of the question. He describes the process as coming at “a moment of crisis” for the church. He is not wrong. But how will he bridge the gap and achieve meaningful and real reform outcomes?

He seems to think the Holy Spirit is on the job with him. One would hope he is right. He says that to even have established a Plenary Council process is evidence of the work of the Spirit. As the person who championed the calling of a Plenary Council, Coleridge is probably well placed to claim it is the work of the Spirit, as he better than anyone would know the strength of the resistance from his brother bishops to its establishment.

The whole process has been presented to Catholics as principally about listening to what the Spirit is saying. The term that covers this process is religious Discernment – a venerable tradition in the line of Ignatius and Benedict, dating back to the 6th century. Sadly, the process and its evident manipulation at various stages is giving this ancient practice a bad name. As the earnest evidence put forward by the People of God in Australia has been ground down to a gruel, it is becoming stark that the clerics seem compelled to insist they manage the franchise on the Holy Spirit.

There must be some frank and honest conversation about Discernment both prior to and at the start of the formal Plenary sessions. The views of the bulk of ordinary lay Catholics must be expressed in the agenda for the formal discussion sessions. Ultimately, we know that the bishops will make the big decisions, but increasingly it is evident they don’t even want there to be a perception that they may be at odds with the laity.

A key message from lay Catholics at the submission stage was the stark lack of confidence that they have in their bishops. Attempts to minimise aspects of Royal Commission findings are dangerous. There is already enough evidence that the Australian bishops are on a very curious, if not calamitous path, digging-in on positions that are rejected by their people and by the Pope. Watch this space. Ordinary Catholics certainly are, and they invite all Australians to join them. 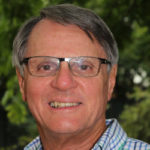