The Taiwan dilemma: A stark choice 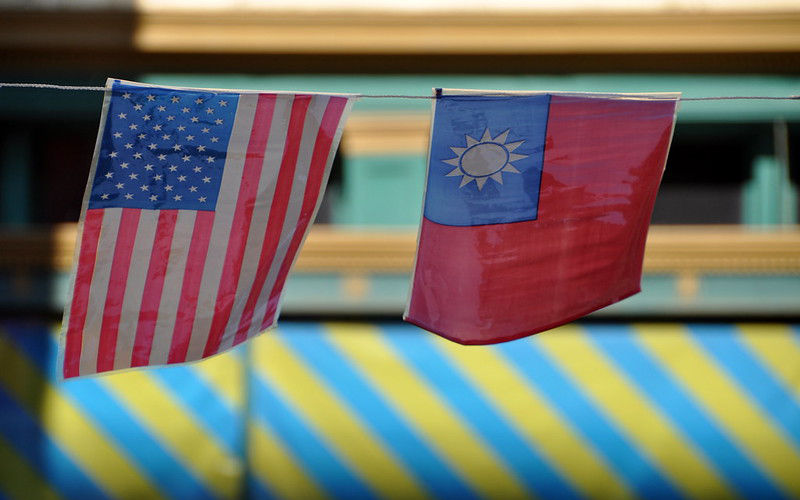 Taiwanese mistrust the US commitment to defend Taiwan. They note that uncertainty of direction is inherent in the American democratic system. Image: Wikimedia Commons

American foreign policy seems to be moving inexorably towards recognition of Taiwan as a sovereign nation. This would greatly heighten the danger of armed conflict between the US and China and would make Taiwan not more but less secure. The incoming Australian Foreign Minister should consider policy options and their long-term consequences carefully, for our sake and also for Taiwan.

Last week, US House Speaker Nancy Pelosi was widely rumoured to be about to extend a visit to Japan with a side trip to Taipei, before postponing her travel due to testing positive for Covid. If she had indeed gone there, it would have been the most high-profile official contact between Taiwan and the US during Joe Biden’s presidency, coming after a string of visits by officials from his and Donald Trump’s administrations.

Former Secretary of State Mike Pompeo made a private trip to Taipei in February/March. While there, he declared that the US should extend diplomatic recognition to Taiwan “as a free and sovereign country”. His remarks possibly did not reflect current Republican Party policy, but he may well become Republican candidate in the next presidential elections. His views on Taiwan and China are bound to be widely discussed within party circles and, if he wins election, may become official US government policy. Further, such a policy switch would be in line with a broad swathe of American public opinion, according to an Ipsos survey for the Chicago Council on Global Affairs in August last year. As Richard Maude has observed for the Asia Society, “America’s capacity for foreign policy over-reach in such a febrile environment should not be under-estimated.”

In response to the suggestion that Pelosi would visit Taipei, Chinese Foreign Ministry spokesperson Zhao Lijian warned that China would take “strong measures” to defend its national sovereignty and territorial integrity. President Xi Jinping has consistently stated that re-unification with Taiwan is one of his government’s key objective. It will however be extremely difficult to achieve this. The Taiwanese people have never been more united in their opposition to mainland rule. Over the years they have developed a distinct political identity. While, up to this point they have generally been happy maintaining the “status quo” and relying on “strategic ambiguity,” this has only been possible while there was some diplomatic understanding between Beijing and Washington. A shift in US policy would destroy that artful balance.

Senior analysts in China meanwhile have been closely observing Russia’s Ukraine campaign, the consequent realignment of European and American relationships, and the effect in Russia of diplomatic and economic sanctions. Since China hopes to maintain present international connections to protect its trade and investment forward planning, Xi is unlikely to provoke the West by full-scale military invasion of Taiwan. He is more likely to pursue other options, including economic and trade sanctions, blockades of ports, occupation of outlying islands or cyber-attacks.

Taiwan citizens are practically united in their determination to resist mainland rule. If it were imposed by force, it would have to be maintained by force. Mainland China’s soft power activities, persuasion and charm offensives, are therefore likely to increase in an effort to mould public opinion, although these tactics have proved remarkably unsuccessful in the past. (Since humour can be a measure of public sentiment, it is worth noting the popularity of Taiwan comedy shows, such as YouTube news program EyeCTV and blog Tough Bobas: Taiwan Uncensored, that mock the mainland and its mannerisms and policies.)

Taiwanese mistrust the US commitment to defend Taiwan. They note that uncertainty of direction is inherent in the American democratic system, and conclude that Japan, where the Liberal Democratic Party has continued in power almost since its foundation in 1955, is a more reliable ally even if less able to contribute militarily to their security.

Both the US and Australia currently subscribe to a One China policy that recognises that Taiwan is part of China. However, a public opinion poll commissioned by the Sydney Morning Herald revealed that “fewer than one in 10 Australians” now accept this position, and most believe that Australia should help protect Taiwan in the eventuality of invasion by mainland China, although not to the extent of military engagement. This finding is not surprising, since it correlates closely with negative reporting about the People’s Republic of China.

In Australia, as in the US, there are two main schools of thought concerning China policy. There are those who might be termed “Moralists”, who define the relationship in terms of security and values. These see Xi Jinping’s government as aggressive and expansionist and call for resistance and control. The flashpoint for them would be the use of force to bring Taiwan under mainland rule. The other school might be termed “Rationalists”. Their leading theoreticians include prominent American academic Fred Bergsten, the founder of the Peterson Institute for International Economics, whose new book The United States vs China proposes that US economic competition with China should be separated from security and values issues in a relationship that he calls “conditional competitive cooperation”. This school believes that China will be moderate and rational in seeking to achieve its policy goals, including reunification with Taiwan.

Taiwan policy defines the boundary between these two schools. This means that it deserves meticulous attention. The Moralist line can only make Taiwan less secure. Support for the maintenance of Taiwan’s present status should be based on the development of local capabilities, not by threats of future intervention by foreign forces. We should make this case in Washington as soon as possible. To wait to see whether Trump or Pompeo may return a Republican government would be a fatal mistake. The best outcome would be for a moderation of our own China policy so that regular high-level dialogue can resume. Then our representatives can restate our commitment to the One China policy, and at the same time make it clear that we support the continuation of Taiwan’s peaceful democratic system.