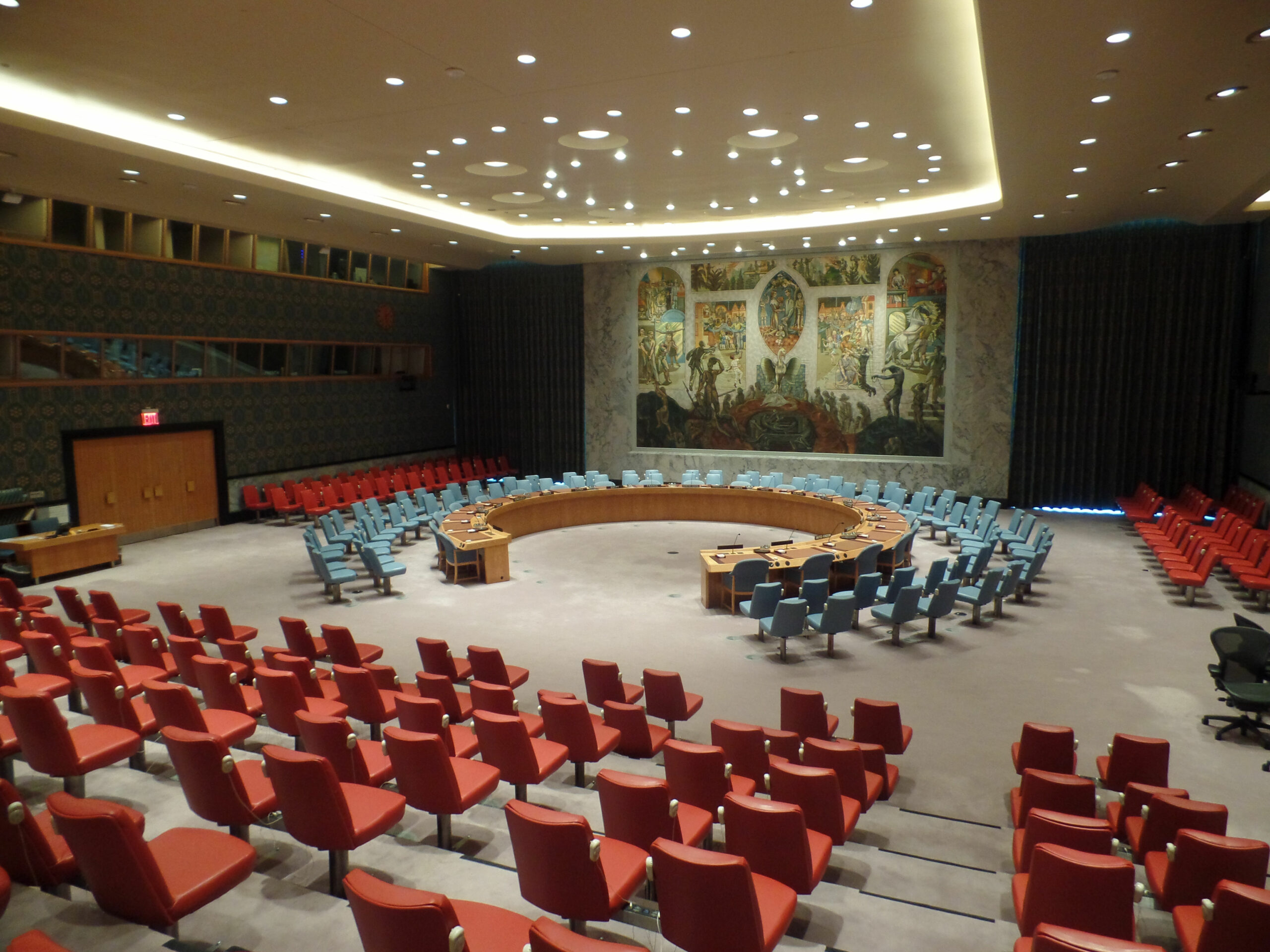 While in Iranian territorial waters, USS Vincennes fired two surface-to-air missiles to bring down the Iranian plane with the loss of all 290 on board on 3 July 1988. The captain and crew of the Vincennes were later awarded medals. Vice President George H W Bush insisted he would ‘never apologise for the United States – I don’t care what the facts are’.

On 14 March, Australia and the Netherlands launched legal proceedings in the International Civil Aviation Organization (ICAO) against Russia for its alleged role in bringing down Malaysian Airlines Flight MH17. ICAO, the specialised UN agency responsible for air safety, can sanction countries for violating international laws and demand payment of compensation to the family of victims. The timing is, of course, deliberate and for that reason regrettable, for it infects international legal proceedings with geopolitical calculations. To that extent it represents a continuation of the long-running NATO vs Russia conflict more than a dispassionate search for truth and justice. The risk is that the credibility of international institutions as impartial mediators, conciliators and adjudicators will erode as they are weaponised by the dominant power or coalition du jour.

On 21 July 2014, the UN Security Council unanimously adopted an Australian-sponsored resolution that strongly condemned the downing of Flight MH17 on 17 July near Donetsk, Ukraine, killing all 298 passengers and crew. Resolution 2166 called for ‘a full, thorough and independent international investigation’ into the incident and demanded that those responsible be held to account and all countries cooperate fully with efforts to establish accountability. Australia took the lead in the tough resolution because 28 Australian citizens and 9 residents were among the 298 dead. The strongly worded resolution was adopted so swiftly because the world was united in grief and outrage at the tragedy, one with which millions of ordinary air travellers can readily identify. We have a right to expect that a commercial flight in an approved air corridor will not be shot down.

Yet this was not the first such incident and therefore the response should have moved beyond one resolution on one incident in favour of a set of protocols and agreements to govern any future repeats of such tragedies. Responding to such tragedies through the lens of allies, friends, adversaries and enemies is not the way to build and bolster a rules-based order that underpins free and open skies.

On 1 September 1983 the then-Soviet Union shot down Korean Air flight 007 near Sakhalin, killing 269 people, mistaking it for a US military spy plane that had ignored warning signals to enter militarily sensitive Soviet airspace. US President Ronald Reagan called it ‘a massacre’. On 4 October 2001, Ukraine’s military shot down a Russian passenger jet en route from Israel to Russia over the Black Sea, killing 78 people. Some civilian planes were also brought down with US-supplied missiles by the mujahideen fighting the Soviet occupation troops in the 1980s.

The best known comparable tragedy in which the US military was directly culpable (unlike MH17, where the Russian military is alleged to be indirectly complicit for supplying the rebels who did the shooting with the lethal arms) is the shooting down of Iran Air flight IR655 as it flew a scheduled daily route from Tehran to Dubai. The USS Vincennes fired two surface-to-air missiles to bring down the plane with the loss of all 290 on board on 3 July 1988. The captain and crew of the Vincennes were later awarded medals. In a settlement reached at the World Court in 1996, the US expressed ‘deep regret over the loss of lives caused by the incident’ and agreed to pay almost US $62mn in reparations. Washington refused to issue a formal apology and never accepted legal liability. Vice President George H W Bush insisted he would ‘never apologise for the United States – I don’t care what the facts are’.

All these incidents were genuine accidents. In not a single case was there evidence to suggest it was a deliberate act of knowingly bringing down a civilian airliner. Emotional venting aside, it is therefore wrong and unhelpful to call them acts of terrorism or even murder (which has to have intent). The distinction is readily grasped in considering Air India Flight 182 that was brought down over Ireland by bombs placed aboard by Canada-based Khalistan terrorists on 23 June 1985 and Pan Am Flight 103 that was brought down by a terrorist bomb over Lockerbie on 21 December 1988. Even without intent to kill civilians, it’s still a crime, manslaughter, and those responsible must be held to criminal account.

There were no independent international investigations of these earlier deadly incidents. Those responsible are not known to have been held criminally accountable. Fred Kaplan covered the Flight IR655 tragedy as the Boston Globe’s defence correspondent at the time. After the MH17 tragedy, he wrote: ‘In several ways, the two calamities are similar’, including the instinct to obfuscate, dissemble and cover up. ‘After last week’s incident, Russian officials told various lies to cover up their culpability and blamed the Ukrainian government; after the 1988 incident, American officials told various lies and blamed the Iranian pilot’.

Iran’s demand for the UN Security Council to condemn the US was rejected. Yet in 2015 Foreign Minister Julie Bishop found it ‘inconceivable’ that the Security Council would ‘walk away from holding to account those who brought down a commercial airline’. It’s hard to see on what basis the sponsors of the draft resolution expected Russia to cooperate with an ad hoc tribunal to investigate its and its allies’ possible criminal behaviour, without putting in place an independent system to inquire into the criminal culpability of all such acts, including by Westerners. It is also worth noting in this connection that Amnesty International called for a halt to the sales of British arms to Israel which at the time of the MH17 tragedy had been engaged in an offensive onslaught against the Palestinians in Gaza. The international humanitarian law requirements of proportionality and military-civilian distinction are universally applicable; they don’t distinguish between pro- and anti-Western governments.

As a (pre-Covid restrictions) frequent flier, my first priority is to avoid being shot down and the second is to hope that if my commercial flight is brought down, those responsible will be held legally accountable. According to the weight of publicly available evidence, those who brought down MH17 believed they were firing at a military aircraft in a war zone. While it is possible that the Ukrainian military shot what it mistook to be a Russian plane, the most likely explanation remains the rebels used Russian missiles to fire at what they thought was a Ukrainian military plane.

It’s also important to recall that this was a known war zone. High altitude military planes had been brought down by missiles prior to the MH17 tragedy. Ukrainian authorities and Malaysian Airlines bosses owed a duty of care to civilian passengers to close that airspace to all civilian flights. Many airlines, including QANTAS, had in fact accepted costly rerouting of their flights rather than risk the safety of passengers by overflying eastern Ukraine. Still recovering from the baffling tragedy of Flight MH370 that went missing some months previously (the plane is yet to be found), Malaysia Airlines should have been extra diligent in shying away from avoidable risks. A truly impartial, independent and credible international investigation would also assign culpability, therefore, to civil aviation and Ukrainian authorities, Malaysia Airlines, as well as those who fired and supplied the missiles.

One final comment. All laws and norms serve two core functions: licence and leash. The history of US actions in the years of supremacy after its Cold war victory is one of enforcing the leash to enforce global norms on others, while justifying its own interventions anywhere and everywhere by unilaterally expanding the licence ambit of existing norms. Are we in Australia really comfortable communicating this message to China as to how the hegemon behaves? Even the atheists among us had better pray the trajectory of power transition is halted and reversed.