The Teal tsunami and the entitled princelings 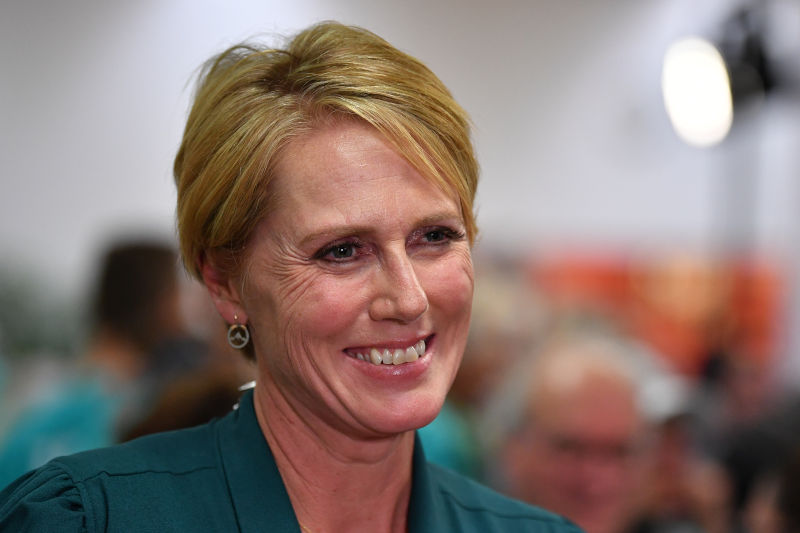 The support for teal independents has overwhelmingly stated urban Australia’s commitment to our local brand of politics. Image: AAP/Joel Carrett

The teal tsunami has marked a fascinating moment in Australian politics. Not only has it put integrity and real climate action at the forefront of our civic conversation, it has sent a collection of strong and accomplished women into federal parliament.

Here in Victoria we have Zoe Daniel with her long career in journalism taking the seat named for the first woman independent candidate in the state, Vida Goldstein. Daniel’s most recent post as a foreign correspondent was in the US from 2015 to 2019. There she saw the unthinkable descent of that “conservative” government – in one presidential term – into populist nativism dedicated to the overthrow of an election.

More shockingly, it appears that Monique Ryan has ousted Treasurer Josh Frydenberg from a seat that has been permanently in Liberal hands since it was established. Ryan brings her experience as the director of the Neurology department at The Royal Children’s Hospital to her candidacy.

The fact that these two high-achieving women, and the capable challengers around the country, have been patronised as housewives out for a frolic, or puppets, by so many in Morrison’s government (and their friends in the media) probably strengthened their appeal. Outraged voters were disgusted by the sexism the Coalition government couldn’t shake.

Their candidacy was also strengthened by several strong and effective independent women, showing how politics could be done differently. Cathy McGowan and Helen Haines in Indi established a model that began with community selection of a candidate. The wholehearted community involvement in campaigning and in government practised there reminded us of the “representative” in representative democracy. Zali Steggall continues to achieve, and Jacqui Lambie has grown in her role to become a force for her electorate.

It is unlikely that these Victorian teal candidates would have won, however, without the hubris of the Morrison government over this last term. Morrison set the paradigm with his outright refusal to listen to bushfire experts with decades of experience warning that 2019 looked set to end in catastrophic infernos. That was not the work of a “bulldozer” but of an arrogant man who believed he knew better on every subject than the experts he refused to grant an audience.

Josh Frydenberg shared this arrogance. Victoria suffered terribly over the pandemic, but Frydenberg decided to play the federal game, setting himself up to claim the Prime Ministership. This drove him to treat the state with utter contempt. At every stage, he chose to make our locked down agonies more painful, and laughed at us in interviews. He clearly felt so certain of our vote that he could play disdainful crown prince in Sydney without repercussions.

In the weeks of this ghastly election campaign, Frydenberg and Morrison celebrated their success in forging Australia’s “wins” over the pandemic. At no stage did they admit that it took weeks of pressure from the unions and Labor for Treasury to accept that Jobkeeper would be necessary. They allowed that program to form another chance to funnel taxpayer money up to the aspiring oligarchs. Almost every success in saving lives came from state leadership not federal. Meanwhile Canberra played politics to harm premiers and pandered to the conspiracy theorists led by Clive Palmer.

Frydenberg’s proudly stated inspirations – Reagan and Thatcher – were apparent in the handling of RAT distribution. The market was to be allowed to profit from these tools crucial to minimising the impact of the pandemic on our hospitals, schools and workplaces. The Coalition abdicated its responsibility on quarantine and botched the vaccine program. This was the true legacy of the Morrison government in the pandemic. The voters remember.

In large swathes of the country harmed by bushfires and floods, Australians are still displaced and suffering with a government that does not care what happens to those in pain. The debunked neoliberal ideology that drives Frydenberg and Morrison cannot help the community in the age of climate disasters (including pandemics). It can only allow the successful to profit extravagantly.

Niki Savva wrote last week that the ugly candidacy of Katherine Deves was being run out of Scott Morrison’s office, despite his denials. Her sources claimed that he was working to benefit from her bigotry. They also speculated that Morrison might be aiming to flush the Liberal Party of the so-called moderates, including Josh Frydenberg, by amplifying disgust in the socially progressive suburban seats the Liberals had prized.

There was little that was moderate about the moderates that remained in this increasingly radicalised Liberal Party. Most of the talent left with Turnbull, and the few that remained almost always voted with the National Party’s fossil fuel-driven agenda.

Tim Wilson and Josh Frydenberg, alongside the other apparent moderates who’d failed to represent their electorates’ demands for climate action, integrity and good governance, did not accept the challenge from independents with good grace. There were whining, tantrums and condescension, not to mention disinformation. They behaved like entitled princelings who had striven their way to victory in the party’s internecine stoushes since student days. They radiated the certainty that they were entitled to their seats no matter how little they deserved their electorate’s respect.

This was captured in Alexander Downer’s anachronistic pronouncement that even in victory, the teal independent women would be ephemera. They would be robbing Frydenberg and Sharma of their opportunity to become “truly great men.” Presumably he shares Tony Abbott’s view of the women of Australia as rightly hovering over our ironing boards.

This regressive attitude marks the foreseeable future for the Republican Party in America. This extremist American brand of “conservatism” has infected our “conservative” parties and it has radicalised them. It is this struggle for the future of the Liberal Party that we saw playing out in recent weeks.

Australia has rejected this American extreme free market lack of government compassion and competence over the weekend. It has rejected the insertion of American Religious Right bigotry into our secular political sphere. The support for teal independents has overwhelmingly stated urban Australia’s commitment to our local brand of politics.

It remains to be seen how the Liberal Party responds to this assertive message and the women who carry it.