Underlying tension between mission and money in our universities

The corporatisation of the Higher Education System is complete. It is no longer driven by the community of science but by money.  Public higher education institutions are run as “businesses” in a higher education industry where revenues account for approximately 2% of GDP.

Corporatisation has meant that power and influence has shifted from scholars to managers in the managerialist paradigm that started in the broader public sector 30 years ago.

Corporatisation has enabled universities to grow into large profitable enterprises. The overarching mission of corporatisation is to source as much money as possible, generate a specific financial return, and meet benchmarks set by accountants, ratings agencies and auditors.

But the system is now in crisis on a number of fronts. 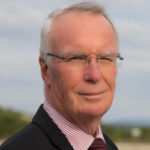 John H Howard is a Visiting Professor at UTS and Director of the Acton Institute for Policy Research and Innovation. He has been providing research, analysis, and advice in the area of Science Research and Innovation policy through his own consulting business for over 20 tears. Prior to that, he spent 10 years as Partner PWC and at EY.
John holds a PhD in Engineering from The University of Sydney, a Master’s degree in public administration and policy from the University of Canberra and an honours degree in economics from the University of Tasmania.