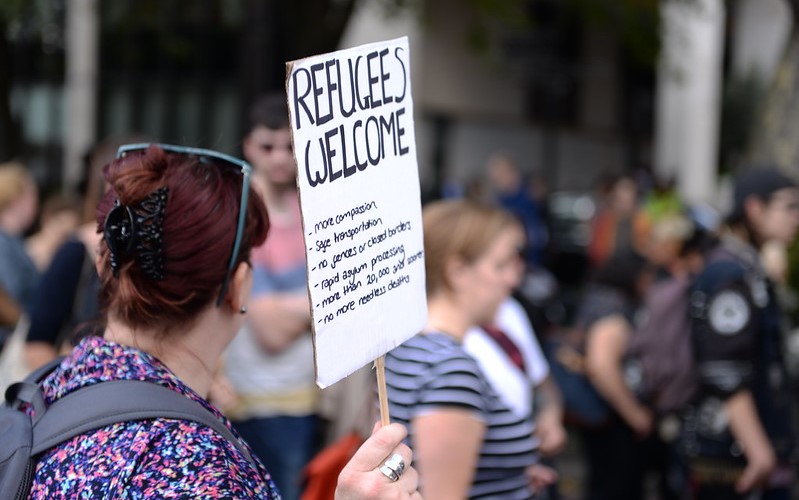 Something in Australia's immigration detention policies must change. (Flickr/Ilias Bartolini)

A whistleblower on the horrors of Manus Island laments the passing of an Australia that was welcoming, kind and caring.

Born into a multi-generational Australian family and raised in country Victoria, my life in most respects typified that of a 1960s child. There was nothing exceptional about me then and nor is there now. And while I am not an introvert, I love my solitude and only in rare circumstances do I feel a need to make my voice heard. Witnessing injustice is one of those occasions.

I would not write of the matter below except that nine years of self-imposed silence has yielded no change to how most refugees are treated in this country.

On July 23, 2013, award-winning video journalist Mark Davis and I revealed to Australians via an SBS Dateline documentary the atrocities on Manus Island being conducted by their federal government. I had been apprehensive that elements of my colourful and meandering past, my youthful “wrong turnings”, might be made public and cast doubt on my credibility. But finally, and with relief, I simply threw caution to the wind, convinced there was more at stake than reputation.

I vividly remember lying on my bunk that first evening on the prison island, staring at the ceiling, trying in vain to put the experiences of the day into some sort of order and perspective. During the previous nine hours at the Manus Island regional processing centre I had already witnessed enough to realise why the Australian government treated the centre (read “prison”) with such secrecy. It needed to keep Australians ignorant of the conditions which allowed the Manus scheme to work.

New shocks came in the days that followed as I deduced or was informed by aid agency staff about the policies designed by the Department of Immigration and Citizenship, as it was known then, not only to make our jobs more complicated but to increase the suffering of those detained on the island. Clearly, the objective of the department was not only to punish those who had dared to flee their countries and ask for Australian shelter, but to ensure the prisoners – euphemistically referred to as detainees – had only one message for their families and friends: we were wrong to think of Australia as a compassionate country. Obviously, the message was getting through because the numbers of asylum seekers making it to Christmas Island had dwindled over the previous month.

My work on the island as the occupational health and safety manager — later expanded to quality assurance and compliance management as well as relieving risk assessment and intelligence management — necessitated my presence at the daily immigration meetings. From the outset there was a noticeable and an often awkward divide between the department, whose overriding objective was to break the spirits of those incarcerated at the centre, and the welfare agencies whose shared agenda was to provide for the medical, mental and emotional needs of the men, women and children. Daily I watched and listened as the department aggressively pushed back against the agencies. On several occasions I fully expected department officials to finally snap and demand that the agency staff stop trying to improve the lives of the inmates or the abysmal conditions under which they existed.

Reflecting on the events of each day as I lay on my bunk, I often pondered the course of my life and how I had arrived at that situation. It was commonly known that the plight of Manus detainees was abysmal and that many of us had gone there with more than paid work in mind; we wanted to offer the asylum seekers some respite while they awaited the outcome of their refugee applications. It was not the first time I had sought to alleviate the boredom and anguish of those in prison. Having served 14 years in Christian ministry and almost 10 years working in jails, I had a history of standing by inmates.

As the days came and went, my mental torment continued to build. There was no release in sight. The department was unyielding in its scandalous approach to the problems faced by the detainees and, as an Australian, I found it impossible to accept. Historically, we have abided by defined ethical boundaries and social conventions in this country, conventions that separated us from other savage people-groups whose philosophy of life is underpinned by a total disregard for humanity. To discover that my own government lacked the civility to treat humans as human was a sickening revelation.

Many who read these words will remember an Australia that was markedly different to the country we live in today. That country had a reputation as being welcoming, free, easygoing, kind and caring. We boldly trumpeted our goodness with the lyrics, ”for those who’ve come across the sea we’ve boundless plains to share”. Migrants have been the single most valuable asset in the development of modern Australia.

Given my ecclesiastical education and employment background, it will not surprise that my life philosophy has been greatly influenced by my faith. By that, I do not mean “faith as doctrine”. Like many, I care little for dogma, knowing that it divides people far more than it unites them. I believe faith in the divine must be practical if it is to be of any use.

Moreover, I believe that blind religious pursuit for its own end is a foolishness. It has also become clear to me over the years that despite the legal separation of church and state, the two entities are remarkably similar. Both have such powers of manipulation as to enable mass followings of the “mechanically faithful”.

A few who decried my decision to blow the whistle did so on the grounds that I was not on Manus to expertly assess mental health or welfare issues and therefore should not have spoken publicly about these matters. My response was that one need not be a psychologist or a social worker to advocate for the defenceless; being a human is qualification enough. And perhaps my comparatively ordinary occupation — prison guard — was a quality which Mark Davis thought would add verisimilitude to his documentary. I remain an unremarkable, regular, scars-and-all Australian who was simply too concerned to remain silent about the Australian government constructing its own version of Guantanamo Bay.

There are philosophical and social concepts which are, to some degree, familiar to us all, such as identity, self-awareness, morality, justice, duty, truth, belief and authority. It’s possible that eventually someone else on the island might have decided to go head-to-head with the government and place the essential physical, emotional and psychological needs of people above the deed of confidentiality they had been required to sign, but after four months of operations no one had done so. Therefore I did.

In another blow to those imprisoned in offshore camps and a further sign that Australia had distanced itself from its past as a country that respected human rights, the High Court unanimously ruled in June 2014 that Manus Island and Nauru were constitutionally valid dumping grounds for asylum seekers. Moreover, the Commonwealth could now declare any state in the world a regional processing centre — Syria, Iraq, Sudan or Cambodia, for example — and send asylum seekers there as long as the minister believed it was in the “national interest” and without regard to international obligations of the receiving state. In short, the minister can banish asylum seekers to anywhere in the world regardless of international law. (A lawyer renowned for his advocacy for asylum seekers confirmed to me that these laws remain valid.)

Saddened as I am for those inmates whose lives were deliberately destroyed, I am also deeply concerned for the Australian collective psyche. In what ways, I wonder, has the offshore detention policy twisted our perceptions of right and wrong? Who would have believed, for example, that it would become illegal in Australia to report the sexual assault of a child, or that pregnant rape victims should not be removed away from their attackers, or that children should be indefinitely incarcerated despite their physical, emotional and psychological suffering? Is this the new face of Australian compassion?

With ever-increasing global awareness it is not unreasonable, especially in the developed world, to consider the moral effect on a society whose citizens suffer and witness injustice. I believe George Orwell was right when he predicted that people would eventually come to believe that “black is white, dictatorship is democracy and that wrong and evil are somehow correct”. Australians need to be more objectively critical now than perhaps at any other time in our history. The ambivalence we are renowned for will simply not suffice in the coming years. Migration is now occurring at an unprecedented rate and, along with other developed countries, Australia will be called on to accommodate masses of displaced peoples. Should Australia simply open the gates, as some propose, or indeed as some countries have already done? Of course not. There needs to be a screening process, but my question is: “Why can those processes not be humane?”

I have often struggled to reconcile what I was taught to think with what my inner moral compass directed me to believe. There are many parallels between politics and religion, most significantly in the conservative-liberal divide. In both camps we find people who refuse to question traditional beliefs, ideologies and dogmas. The inhumanity of the Morrison government’s treatment of refugees is no worse than if Anthony Albanese were prime minister. Neither has any compassion for the suffering. Both parties have lost their way.

My hope is that Australia can find enough collective wisdom to navigate its way out of the current darkness surrounding immigration. However, that will require deep, analytical and prudent thinking with an objective to provide long-term humane answers rather than the glib “lock them away” solutions currently in place. Something has to change. Let us hope it is soon. 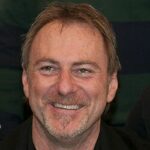