The trials of Bernard Collaery and Witness K 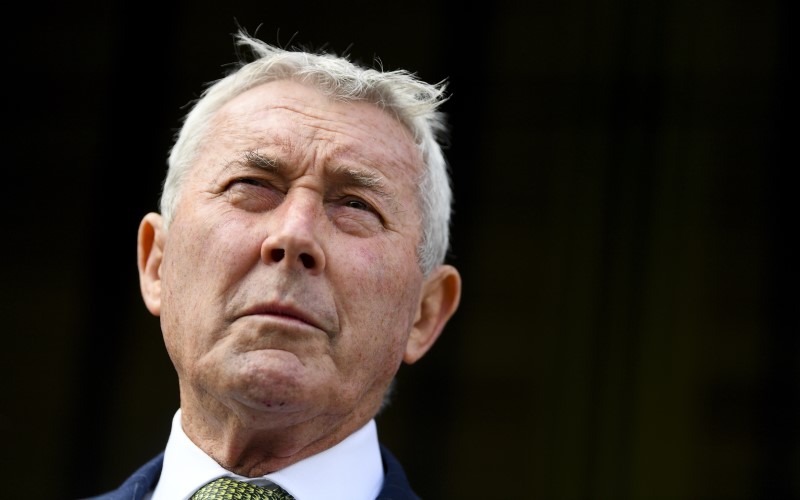 Australia’s bugging of Timor-Leste’s Cabinet rooms and subsequent hounding of Bernard Collaery and a former intelligence officer was a display of mendacity, duplicity, fraud, criminal trespass and contempt of international law.

The Democratic Republic of Timor-Leste came into existence on May 20, 2002. The Timor Sea, lying between Australia’s north and Timor itself, covers various oil and gas fields, all of which are on the Timorese side of the median line. For most of the next 15 years the Australian government did its best to persuade the world, and the Timorese in particular, that Australia should retain control and authority over these oil and gas fields.

Australia at first was to receive 100 per cent of Woodside Petroleum’s Laminaria field and 82 per cent of the Greater Sunrise field. The permanent boundary between Australia and Timor had not been fixed in 2002 and talks to establish it began in 2003. The Timorese argued that international law and practice dictated that the boundary should be fixed at the median line and that all the oil fields rightfully belonged to Timor-Leste.

After the Indonesian military and militia left East Timor, AusAID provided aid to enable the new nation to set up government facilities, including the Palacio do Governo in Dili where the Timorese Cabinet would meet. It is alleged that during construction ASIS agents, posing as workers, placed bugs in the meeting rooms, which would enable ASIS to listen in and record Cabinet discussions about negotiations with Australia on the placement of the boundary and the division of oil and gas revenues.

It is alleged that Australia’s negotiators were given this information, providing them with an enormous and unfair advantage. The Australian government and ASIS invariably refuse to comment on the allegations. But the government could certainly have denied that its negotiators had ever received information on Timor’s Cabinet discussions without disclosing any information about the activities of ASIS.

The allegations are mentioned (inter alia) in Crossing The Line, Kim McGrath’s 2017 book dealing with Australia’s secret history in the Timor Sea. Meanwhile, Australia and Timor-Leste had arrived at various agreements and treaties that maintained Australia’s control of the oil fields and the right of Woodside Petroleum to extract oil and gas from them. Neither side of Australian politics emerges well from this story.

At some time after 2007 Witness K, allegedly an ASIS officer, was prompted to complain about the legality of the bugging operation. In 2013 the Timorese government briefed Australian lawyer Bernard Collaery to represent its interests in the Sunrise dispute, Witness K having by then allegedly given information to him.

Timor-Leste then took its case to the Permanent Court of Arbitration in The Hague, declaring that it wished to withdraw from existing treaty commitments with Australia and citing the surveillance activity as evidence of Australia’s bad faith in the negotiations. It intended to call Witness K to support its argument.

Australia’s response was immediate. ASIO and the federal police raided Collaery’s offices and seized a draft of Witness K’s affidavit and Collaery’s legal advice on Timor-Leste’s entitlements and its strategy for the court proceedings. Australia also cancelled Witness K’s passport to prevent him travelling to The Hague

Timor-Leste is an independent sovereign state. To raid the offices and home of Timor-Leste’s solicitor was a breach of the UN Convention on Jurisdictional Immunity of States and their Property. In customary international law, states and their property are immune from the domestic jurisdiction of another country.

The bugging of Timor-Leste’s Cabinet rooms by ASIS was an act of criminal trespass. Australia’s use of the eavesdropped information was contractual fraud which entitled the Timorese to have any treaty or contract voided. The raid and confiscation of documents from Collaery’s office was an appalling invasion of legal professional privilege and further criminal trespass.

If these events had occurred when court action was proceeding in Australia, the serious contempt of court involved would have led to substantial jail terms for those who directed and orchestrated this behaviour. When these events came before the International Court, Australia’s Solicitor-General offered an undertaking that the seized documents would be sealed and kept uninspected in protection. The shock and disgust of 16 of the 17 judges (one was Australian) are evident from the fact that the court rejected the offered undertaking and subjected Australia to orders.

By this point Australia and its various officers had been guilty of mendacity, duplicity, contractual fraud, criminal trespass, breaches of international law and conventions and the trashing of legal privilege. A country that proudly proclaims the rule of law had trampled it underfoot.

And Australia’s greedy ambition to obtain the lion’s share of the Timor Sea oil fields resulted in larceny on a grand scale, denying Timor-Leste billions of dollars from the fields of which it was by law the owner.

In 2017 Australia’s Attorney-General consented to the prosecution of Witness K and Collaery. He was no doubt under some pressure from our security services to act, on the ground that individual agents cannot make moral decisions to release secret intelligence matters.

But Timor is our nearest neighbour, one of the poorest countries in the world, and China is well known to be offering Dili financial aid and involvement in its Belt and Road Scheme. Witness K and Collaery are regarded as heroes in Dili. This prosecution will inevitably infuriate the Timorese, driving them further into China’s welcoming arms.

The Attorney-General also sought, and the primary judge made, orders prohibiting the public disclosure of certain (probably most of) the evidence that may now be given during the trial of Collaery.

Decisions of our High Court establish that in serious cases trials should not proceed where absence of legal aid will result in an unfair trial. In this case the Commonwealth has admitted that it has spent millions of dollars in preparation of each case for trial. Both accused are in financial difficulty, having little more than their houses as assets.

These matters have been long delayed, the certificate authorising prosecution having been signed more than 10 years after the alleged ASIS bugging. Neither accused had the financial resources to enable proper preparation of their defence or to obtain the assistance of foreign experts. There were repeated applications for legal aid. Only at the last minute, in Witness K’s case, was a derisory offer of less than $100,000 in legal aid made. In his case, his two counsel and instructing solicitor have all acted pro bono for more than two years. To force Witness K to trial without adequate funds subjected him to a secret and unfair trial.

Furthermore, on December 23 last year, Collaery had a conversation at a function with Bret Walker SC, who offered to appear for him pro bono at the appeal shortly to be heard against an order made by the trial judge which would have closed to the public most of Collaery’s forthcoming trial.

Under the relevant legislation the Attorney-General must approve the lawyers who act for accused persons in these proceedings. Collaery’s lawyer immediately sought an amendment to the certificate to enable Walker to appear at the appeal, which had already been given a hearing date. The Attorney-General did not give that approval until January 25 last year, shortly before the hearing date, and the application to vacate the hearing date of the appeal to enable Walker to have access to the brief and take instructions was then opposed.

The judgment of the judge who heard the application to vacate the appeal date has been published and may be found at Collaery v. The Queen (2021) ACTCA 1. Paragraphs 17-19 of the judgment of Burns J show that the court took the view that Collaery was being treated unfairly and that “because of the extraordinary nature of this power it becomes the Attorney-General to exercise it with the greatest efficiency that the particular case permits, and strictly for the purposes for which the power was given. The power to refuse to include a lawyer nominated by an accused person should not be exercised in order to gain a forensic advantage.”

The Attorney-General is, of course, well aware of the ability and qualities of Walker; he has already briefed him himself. One can infer from the judge’s words that he thought that approval of Walker to act for Collaery was being delayed to prevent him appearing on the appeal.

In all these events, the questions arise: Has the prosecution not placed the wrong accused in the dock? Why have none of those involved in the Commonwealth’s appalling treatment of Timor-Leste been subject to prosecution or even, apparently, investigation?

Given everything that has been observed or alleged in these events — mendacity, duplicity, contractual fraud, criminal trespass, invasion of legal privilege, breach of UN conventions, contempt of court, denial of fair trial, failure to act as model litigant, and larceny on a grand scale — the community will understand why Australia needs, and the community demands, an effective National Integrity Commission. 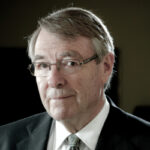