The Trump Twist: Appeal to emotions, label all media as false and undermine science

The deliberate attack on rationality in effect multiplies the impact of Trump’s emotional appeals because factually correct counter arguments are often pre-emptively negated. The Trump Twist allows him to have it both ways – only emotional appeals and no rational appeals.

And the sleeper effect, when by sheer repetition a false piece of information becomes embedded in one’s mind, dramatically amplified by the bullhorn of social media, bolsters the Trump Twist.We know what Trump has done, but do we know how he did it? Donald Trump has used tried and true propaganda ploys that heretofore have never been employed on this scale by a leader of a free country.

Donald Trump relies almost solely on emotional appeals. Because of his personality and mindset, Trump’s consistent use of emotional persuasive techniques suits him well – his close associates attest to his short attention span and his aversion to details, especially if the details do not support his view. But there is a unique twist to Trump’s reliance on emotional persuasive appeals which I call the Trump Twist – and I contend that this technique has never been used so comprehensively in a free society.

Not only does Trump use the emotional approach almost exclusively, but he also systematically attacks the press by using conspiracy theories such as Fake News and the Deep State. And when he does state the “facts,” he is usually twisting the facts or outright lying. He supplements this approach by using Twitter to bypass the media, lest they try to fact-check his remarks.

Using emotional appeals solely while simultaneously criticising all rational arguments is an ingenious albeit ruthless tactic. The Fake News/Deep State narrative not only reinforces his emotionally-oriented base, but by labelling all media as false, Trump causes many rationally- oriented people to distrust all communication conveyed via television, radio, the print media, etcetera.

Unable to suppress an independent media as a dictator could, Trump has taken to falsifying the media. But the Trump Twist is far more than the concept of the “lying press” or Lügenpresse, a propaganda tactic used by politicians to discredit any media that disagrees with them. The Trump Twist is substantially more iniquitous because Trump also comprehensively derides all fact seekers including scientists, historians, legal scholars, experienced civil servants, career diplomats, etcetera.

By inventing the notion of “alternative facts,” Trump has weakened many people’s belief not only in the free press but the entire scientific method – the use of observation and testing which has been the cornerstone of established science for hundreds of years. Unable to censor specific scientists as a tyrant could, Trump has chosen to undermine all science.

By denigrating all empirical sources, Trump has weakened all subsequent rational appeals to his emotional claims by anyone representing the public interest. It is one thing to challenge the veracity of one’s opponent, but to attempt to undermine all facts and proven science nationwide is unprecedented in the U.S. or any free society.

This deliberate attack on rationality in effect multiplies the impact of Trump’s emotional appeals because factually correct counter arguments are often pre-emptively negated. The Trump Twist allows him to have it both ways – only emotional appeals and no rational appeals. And the sleeper effect, when by sheer repetition a false piece of information becomes embedded in one’s mind, dramatically amplified by the bullhorn of social media, bolsters the Trump Twist.

The comprehensive denunciation of proven science has divided the U.S. into two warring tribes and couldn’t have come at a worse time – the falsification of science has unquestionably cost the lives of tens of thousands during the Covid-19 pandemic. It is estimated that if the U.S. had a Covid-19 death rate as a percentage of population equal to the average death rate of all countries, some 175,000 lives might have been saved.

The latest Trump Twist technique is trying to convince the electorate that he is omniscient. Realising that he will likely lose, he is now claiming it will be due to a rigged election. He has prepared his base to support his automatic denial of a loss and primed them to take whatever action he exhorts them to after the election. Once again, the Trump Twist is designed to have it both ways.

What we are witnessing are mass authoritarian control techniques by another name. This is unique in a free country – an unparalleled propaganda program that is the co-production of a shameless demagogue, a battered media (and even some complicit media) and broad masses enthusiastically participating in their own collective self-delusion. Possible in a fascist regime? Yes. In a free society? Heretofore unheard of. 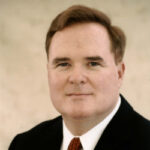 Dr Dave Kennedy is the Managing Director of drdavekennedy.com, a philanthropic consultancy, and the former Executive Director of The Atlantic Philanthropies Australia. He is also the Founder of igiveonepercent.org, a not-for-profit initiative that promotes personal and corporate giving. Prior to his philanthropic work, Dr Kennedy was an academic who has worked on three continents – Australia, Asia and North America. He is an award-winning lecturer and researcher, and a recipient of three Australian Research Council (ARC) grants. His last academic posting was as an associate professor at the University of Sydney, School of Health Sciences.