Many frame China’s options against Taiwan as peace or invasion. This is a dangerous oversimplification.

China can, early in a conflict, use long-range strikes to destroy all of Taiwan’s key military and leadership facilities, power generation and telecommunications. It can embargo all of Taiwan’s oil imports and cut or compromise via cyber all high-bandwidth connectivity to the outside world. And it likely can sustain this indefinitely. It can seize all Taiwan-held offshore islands, including the Penghus and Pratas, and use these as mobilisation and embarkation bases for future landing operations on Taiwan, and as chokepoints against US intervention, while burnishing nationalist domestic support early in the conflict.

And perhaps most importantly, it can seek the right time and conditions to demonstrate to the people of Taiwan – and Japan, Australia and the US – that the US military cannot prevent or undo China’s actions, and either will not put its major military assets into harm’s way, or having done so, will suffer surprising and politically devastating losses. Beijing would strive to portray the US position as analogous to victoryless wars in Vietnam, Iraq, Afghanistan, albeit at far higher potential human and financial costs for the US and its allies.

In such a scenario, what China would want – and what the CCP would need – is an end to the Chinese civil war on terms that it can call “reunification”. Its best outcome would be one negotiated by Taiwan political authorities that cannot be negated by US military, economic or diplomatic action. Arguably, from the CCP’s perspective, the most effective way to bring about a negotiated outcome could be to deter or defeat the US military as a primary line of operations, rather than invade Taiwan, and then take advantage of the psychological impact on Taiwan to press for negotiations.

Read the full article published by the Lowy Institute on 30 September, 2020, here. 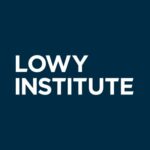 The Lowy Institute is an Australian think tank with a global outlook. Our research interests are as broad as Australia’s interests, and we host distinguished speakers from around the globe on foreign policy, defence, politics, aid and development, journalism, sport, science and the arts.