The unrecognised challenge on the left of successfully addressing global warming 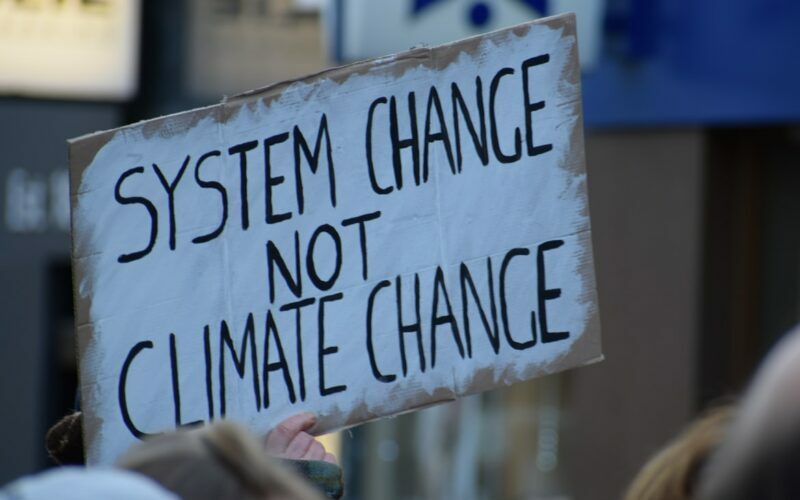 Despite the focus on events like COP26 to put pressure on governments, the critical point of leverage in the political domain to adopt the policies needed for a new era will remain at the national level.

Many of us are searching the media for signs of the breakthrough in the challenge of reducing global warming by transitioning to a new era of environmentally sustainable growth and prosperity.

Some put their hope in global initiatives such as COP26, others in technological disruptions that will bring the transition earlier and less painful, even painless.

Developments on both these fronts have an important role to play in overcoming the current inadequate responses to the challenge, but both fail to address the threshold issue of how we can ensure our societies (organised as nation states) make the changes needed to meet the targets and realise the opportunities that both promise. The problem is that this is the threshold issue.

The two recent eras of economic growth in the second half of the 20th century provide contrasting examples of how such eras emerge that are relevant to this challenge.

The first of these eras followed the Great Depression and World War II. It was associated with an economic model developed by Keynes. In contrast to the dominant Neo-classical economic model, which held that the economy tends to a stable equilibrium, he claimed that it tends to an unstable disequilibrium, and as a result that there is a major role for government in stabilising the economy.

The more active role for government, the model implied, was also consistent with a new set of social values focused on equality and the collective good that emerged in response to the experiences of the Great Depression and WWII. This, together with the political challenge of growing support for left-wing parties, prompted many governments to adopt policies reflecting these values. The unprecedented era of growth that followed, known as the Golden Age, lasted around 30 years.

The Golden Age was ultimately ended by the simultaneous outbreak of high inflation and unemployment, which was impossible within the logic of the Keynesian model.

There were several external factors that contributed to this, such as the Vietnam War and oil shocks in the 1970s, but it was also the result of powerful internal dynamics at work in the economy and wider society.

Before it even starts in Glasgow, COP26 is a climate change success

The memories of suffering that had underpinned the inception of the Keynesian model and associated era of growth had become distant and faint; the distributional struggles between labour and capital had become more protracted and difficult to resolve; and the effectiveness of government funded programs to alleviate inequality were increasingly questioned while their cost of society through taxation rose.

A new economic model emerged relatively quickly and painlessly in reaction to the Keynesian model’s demise. This was the monetarist model, developed by Milton Friedman, and was a new version of the neo-classical economic model which had preceded Keynes. The key difference was that it focused on the role of the money supply in the performance of the economy. It initiated what became known as the neoliberal era of growth late last century.

Like the Golden Age before it, the neoliberal era was not just about the economic domain of society, it too reflected a new set of values in society.

In contrast to the previous era, these focused on less reliance on government decisions and regulation and more on the marketplace and competition. In most OECD countries traditionally, government-run activities were outsourced to private sector operators or opened to competition from them.

Government regulation of the economy was reduced particularly in the financial sector, which led to significant growth in the size of the sector and its increasing international integration. In some countries, such as the US and UK, this also translated into promise of smaller government, but this proved illusory. What they did achieve was a widening in income and wealth inequality, especially the USA. These outcomes were in turn central to the demise of this era of growth through their role in precipitating the Great Financial Crisis (GFC).

These examples point to the prerequisites for the transition from one era of growth to another, and the difficulties and costs that this can entail.

The process requires an alignment across the social, political, and economic domains of society. Historically, the social domain provides the values and preferences that underpin the operation of markets as well as the new ideas that drive innovation in those markets.

Through public opinion it also provides the acceptance and legitimacy of policies in the political domain. The political domain in turn protects the interests of the public, provides the legal framework for the operation of markets, and instigates the periodic interventions required to stabilise its operations and re-establish the bases for renewed growth.

While these domains are clearly interdependent, they are also separate.

Very different forces drive the social and political domains to those that drive the economic domain.

In the social domain these slow chronologies of change are typically punctuated with bouts of dramatic adjustment, the most recent being the social revolution in the 1960s.

By contrast the key features of the political domain tend to become fixed at critical points in societies’ evolution and are virtually impossible to change significantly after this, irrespective of how dysfunctional they become, as is evidenced in the USA.

The economic domain is very different.

It is driven by competition in the markets and entrepreneurship in what Joseph Schumpeter famously described as “the creative destruction of innovation”. It is constantly evolving, creating new businesses and industries that have driven an unprecedented increase in our living standards since the industrial revolution, but it is also why it is inherently prone to instability and disequilibrium, leading to periodic crises that require the political domain’s intervention.

Australia must be more ambitious on climate, or the negative impacts will multiply

Since the demise of the neoliberal era with the GFC in 2008, the need to make the transition to a new era of sustainable economic growth has become increasingly urgent, but still has not emerged.

Instead, the economy stagnated with very slow productivity growth and stagnant wages as governments as inequality went unchecked and carbon emissions and global temperatures continued to rise.

This vacuum has been filled by the siren call of the populists like Donald Trump in the US and comforting complacency of the Morrison government in Australia.

The challenge of winning support for the necessary policies for the new era of sustainable growth in the political domain has been described as a “wicked problem”.

The reasons for this are first, it requires some sacrifices from the current generation largely for the benefit of future generations, and secondly because it requires coordinated policies across numerous societies, or nations. COP26 is designed to address the second of these problems.

The trouble is that the institution that exists to do this, namely the United Nations, does not have the necessary powers. As a result, despite the focus on events like COP26 to put pressure on governments, the critical point of leverage in the political domain to adopt the policies needed for this new era will remain at the national level.

At this level the values and preferences in the social domain become critical to the policies that governments can pursue.

While there is evidence of increasing support for action to deal with global warming, the extent this reflects a preparedness to make sacrifices as part of this is not clear.

There will undoubtedly be short term costs to the transition to sustainable growth as well as opportunities, and these costs will fall unevenly on different demographics, regions, and industries.

The potential threat to households’ living standards has been successfully exploited by politicians in recent elections in many countries like Australia and the US.

To get the support needed for the transition, it is essential to quantify and explain the costs as well as the benefits of abating climate change in terms that people can relate to, and to assure them that the costs will be spread equitably, with no group left behind. This has yet to be done.

This brings us to the policies implemented by governments in the economic domain.

Following the decade of economic stagnation after the GFC, the COVID-19 pandemic forced the governments to adopt Keynesian-type policies of major deficit spending financed by printing money, but that doesn’t mean they have embraced a new Keynesian model.

This has been forced on them by the magnitude of the shock it delivered to the economy. In addition, like many governments, Australia’s has ruled out the best (neo-classical) economic policy for reducing carbon emissions, namely putting a price on carbon. In its place it has adopted an incoherent grab bag of policies whose major purpose seems to be to make it appear it is taking it seriously.

This brings us to the main challenge for the new era, namely a cogent and compelling model for sustainable economic growth that does not rely on putting a price on emissions.

Some of the elements of such a model are clear, such as the use of market regulations, subsidies to address positive and negative externalities, as well as regionally specific measures, but what is missing now, and needed is a coherent framework within which these and other policies are encapsulated.

In short, to secure the support in the political domain needed for an era of sustainable economic growth we need a coherent model of how it will work in the economic domain, that will enable people in the social domain to understand the net costs of transition and how they will be distributed.

This will eventually emerge; the challenge is to minimise the time this will take, and the damage and costs that will be incurred in the interim. 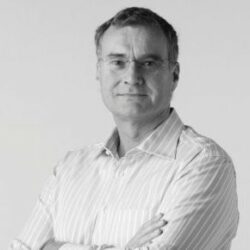 Bill Mountford has held senior positions in the Victorian and Commonwealth governments and worked as an economic and business strategy consultant.