The war in Ukraine: Nuclear power, weapons and winter 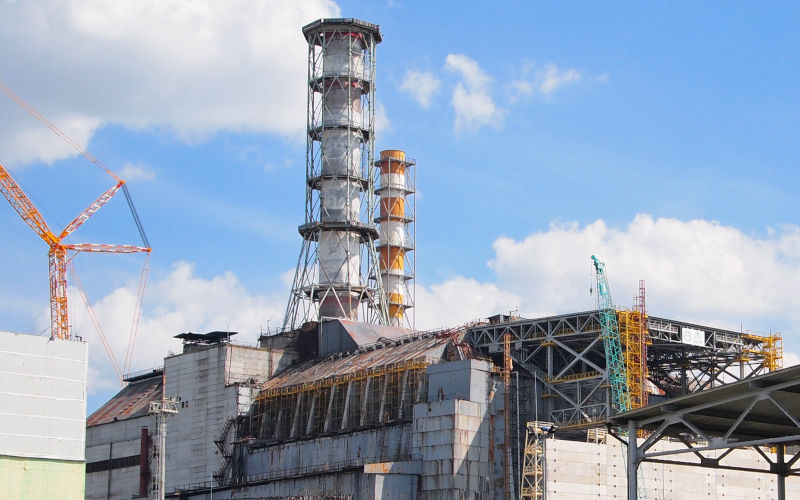 Six weeks into Russia’s invasion of Ukraine, the death and destruction has been devastating. In addition, the targeting of nuclear power plants by Russia’s military has raised the spectre of a nuclear disaster.

The Russian military’s seizure of the Zaporizhzhia nuclear power plant ‒ at a time when at least one of the plant’s six reactors was operating ‒ was the most dangerous incident. The partial loss of power to the plant further raised the risk of a disaster.

To say that the seizure of the Zaporizhzhia plant was reckless would be an understatement. Dr. Edwin Lyman from the Union of Concerned Scientists summarised the risks:

“There are a number of events that could trigger a worst-case scenario involving a reactor core or spent fuel pool located in a war zone: An accidental ‒ or intentional ‒ strike could directly damage one or more reactors. An upstream dam failure could flood a reactor downstream. A fire could disable plant electrical systems. Personnel under duress could make serious mistakes. The bottom line: Any extended loss of power that interrupted cooling system operations that personnel could not contain has the potential to cause a Fukushima-like disaster.”

The Russian military also seized control of the Chernobyl nuclear plant, the site of the world’s worst nuclear accident. Workers were held hostage for 25 days. Off-site power was lost for five days, but generators supplied the necessary power to cool nuclear waste stores. It has been difficult to extinguish forest fires in the contaminated Chernobyl Exclusion Zone due to military conflict.

Several other nuclear facilities have been hit by Russian military strikes, including a nuclear research facility at the Kharkiv Institute of Physics and Technology, and two radioactive waste storage sites.

At the time of writing, there haven’t been any major radiation releases resulting from Russia’s invasion. But the risk remains, and the International Atomic Energy Agency’s (IAEA) Director General Rafael Grossi continues to express “grave concern” and to note that “an accident involving the nuclear facilities in Ukraine could have severe consequences for public health and the environment.”

Putin reportedly has greater ambitions than invading and controlling Ukraine, so who knows where the conflict will lead, how long it will drag on, and whether it triggers a response from NATO.

The risk of nuclear warfare is low, but it is not zero. It doesn’t help that NATO and Russian military doctrines allow for the use of tactical nuclear weapons to fend off defeat in a major conventional war. It doesn’t help that some missiles can carry either conventional weapons or nuclear weapons, increasing the risk of worst-case thinking and a precipitous over-reaction by the adversary.

And it doesn’t help that Putin’s statements have included threats to use nuclear weapons, or that a referendum in Belarus revoked the constitution’s nuclear-weapon-free pledge, or that Belarusian president Aleksander Lukashenko joined Putin to watch the Russian military carry out a nuclear weapons exercise, or that Lukashenko has said Belarus would be open to hosting Russian nuclear weapons.

Beatrice Fihn, executive director of the International Campaign to Abolish Nuclear Weapons, points to other concerns:

“Russia and Belarus are not alone in their aggressive and irresponsible posture either. The United States continues to exploit a questionable reading of the Treaty on the Non-Proliferation of Nuclear Weapons (NPT) that prevents states from ‘possessing’ nuclear weapons but allows them to host those weapons. Five European states currently host approximately 100 US nuclear weapons: Belgium, the Netherlands, Germany, Italy and Turkey.”

In a worst-case scenario, the direct impacts of nuclear warfare would be followed by catastrophic climatic impacts known as ‘nuclear winter’. Earth and paleoclimate scientist Andrew Glikson noted in a recent article:

“When Turco et al. (1983) and Carl Sagan (1983) warned the world about the climatic effects of a nuclear war, they pointed out that the amount of carbon stored in a large city was sufficient to release enough aerosols, smoke, soot and dust to block sunlight over large regions, leading to a widespread failure of crops and extensive starvation. The current nuclear arsenals of the United States and Russia could potentially inject 150 teragrams of soot from fires ignited by nuclear explosions into the upper troposphere and lower stratosphere, lasting for a period of 10 years or longer, followed by a period of intense radioactive radiation over large areas.”

The myth of the peaceful atom

Russia’s deliberate and accidental strikes on nuclear sites in Ukraine aren’t the first attacks on nuclear facilities by hostile nation-states. Examples include the following:

In the UK, Rolls-Royce is promoting small modular reactors (SMRs) on the grounds that “a civil nuclear UK SMR programme would relieve the Ministry of Defence of the burden of developing and retaining skills and capability”. French President Emmanuel Macron said in a 2020 speech that without nuclear power there would be no nuclear weapons, and without nuclear weapons there would be no nuclear power (“Sans nucléaire civil, pas de nucléaire militaire, sans nucléaire militaire, pas de nucléaire civil”). In the US, the Nuclear Energy Institute argues that a failure to provide further subsidies for nuclear power would “stunt development of the nation’s defense nuclear complex”.

Nuclear advocate Michael Shellenberger provides another example of these nuclear turncoats. Having previously argued that there is an “inverse relationship” between nuclear power and weapons, Shellenberger decided to start telling the truth in 2018. He acknowledged that “having a weapons option is often the most important factor in a state pursuing peaceful nuclear energy”, and that “at least 20 nations sought nuclear power at least in part to give themselves the option of creating a nuclear weapon”.

“The web of links between nuclear weapons, nuclear reactors, and the materials that power both are deep and inextricable. Nuclear power cannot solve our climate crisis, and aggravates the existential danger posed by nuclear weapons. Out of the climate crisis frying pan and into the fire of radioactive incineration, nuclear ice age and famine is a lose-lose dance with extinction. Our understanding of our climate crisis challenge needs to broaden to include the jeopardy of abrupt nuclear winter.”

Australia has uranium export agreements with all of the ‘declared’ nuclear weapons states, all of them breaching their disarmament obligations under the Nuclear Non-Proliferation Treaty; countries with a history of weapons-related research based on their civil nuclear programs; countries that have not ratified the Comprehensive Test Ban Treaty; countries expanding their nuclear weapons capabilities; and undemocratic, secretive states with appalling human rights records.

Australia’s uranium export agreements with Russia and Ukraine were much of a muchness: federal parliament’s treaties committee issued strong warnings about the inadequacy of nuclear safeguards, the government of the day ignored those warnings, and no-one has any idea about the security or whereabouts of Australian uranium and its by-products in Russia or Ukraine.

Australian governments, and uranium companies operating in Australia, also contribute to global nuclear risks by exporting uranium to countries with lax safety standards and inadequate nuclear regulation. The most dramatic illustration of that problem is the fact that Australian uranium was in the poorly-managed, poorly-regulated Fukushima reactors during the explosions, meltdowns and fires in March 2011.

Ukraine provides another example. Even before the Russian invasion, Ukraine’s nuclear industry was corrupt, regulation was inadequate, and nuclear security measures left much room for improvement.

Australia also contributes to global nuclear risks because of the bipartisan support for the US alliance and ‘extended nuclear deterrence’. As a result, Australia routinely undermines global nuclear non-proliferation and disarmament initiatives. A case in point is Australia’s efforts to undermine the UN’s Treaty on the Prohibition of Nuclear Weapons, and the government’s refusal to sign or ratify the treaty.

Detailed information on nuclear threats resulting from Russia’s invasion of Ukraine is posted at https://nuclear.foe.org.au/ukraine/

Dr Jim Green is the national nuclear campaigner with Friends of the Earth Australia and lead author or a forthcoming report on nuclear power's economic crisis.