The War Memorial is again running away from the Frontier Wars 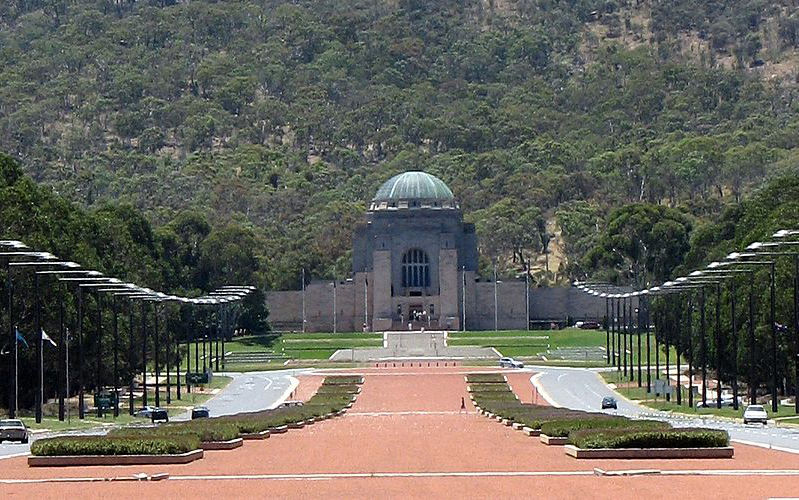 The Australian War Memorial has passed from then Council Chair Brendan Nelson’s 29 September announcement of a “much broader, much deeper” treatment of Australian frontier violence to today’s buzzwords of “proportionate” and “modest”. The people who welcomed what looked like a change in direction at the Memorial have the right to feel dudded.

The 8 November Budget Estimates hearing of the Senate Foreign Affairs Defence and Trade Committee provides ample evidence of the Memorial’s retreat. Here is Memorial Director Anderson on how much space the Frontier Wars will get in the extended Memorial:

The Memorial’s own figures show the extensions will deliver 6877 square metres of new gallery space, so 408 square metres is just six per cent of that. And, as the Director said, the Frontier Wars will be sharing that space with four other military events.

How do those other pre-1914 “wars” compare with the Frontier Wars? The Boer War killed about 600 Australians. In the Chinese Boxer Rebellion of 1900-01, six members of the Australian contingent died, all of illness. The New South Wales contingent to the Sudan in 1885 lost exactly nine men, none of them in action and some of them after they returned to Sydney. Of the Australian contingents which went against New Zealand Maori resistance in the 1860s, not one member died.

It is laughable to compare these events in terms of deaths, let alone wounds or trauma, with the Australian Frontier Wars, where First Nations deaths were somewhere between 20,000 (the figure the Memorial admits to) and 100,000. It is laughable also to lump the Frontier Wars in with these other events, simply because they occurred at roughly the same time.

The old Colonial Conflicts gallery at the Memorial (opened 1985) included that exact same set of colonial wars, as well as a small display on British soldiers in colonial Australia. That display referred to “Aboriginal resistance” and included an image of the Slaughterhouse Creek Massacre of 1838, about the size of an iPad screen, but uncaptioned. Nearly 40 years on, the Memorial is on track to repeat the same travesty, except now the subject will be the whole Frontier Wars, not just one massacre.

Before he left for his new job with Boeing in London, Dr Nelson had been reduced to saying the Frontier Wars display in future would be “proportionate, sensitive and modest”. How much will “modest” cost? Memorial project Executive Director Wayne Hitches said this in answer to Senator Thorpe:

[T]he amount of money is about $80 million worth of gallery funding and that’s broken into several portions and several galleries. I will have to take on notice exactly what it is for the pre-1914 gallery, but it is in the order of somewhere between $5 million and $10 million in that area for everything that’s in the pre-1914 gallery.

So, that’s somewhere between one-sixteenth and one-eighth of the money earmarked for gallery content in the new space. That certainly sounds “modest” – and remember that includes not just the Frontier Wars but those other little wars, too.

“Proportionate” also rankles. Proportionate with what? It can only mean proportionate with the other wars which will share the Pre-1914 galleries with the Frontier Wars: the Frontier Wars are being treated proportionately with the Boer Wars and those boastful little expeditions to shore up Queen Victoria’s Empire. The Memorial intends to give as much attention to a foundational war for our nation as it gives to contingents of moustachioed good old boys sailing off to help sort out some trouble in China or Africa or New Zealand.

Why is all this happening? The available evidence suggests there was a battle on the War Memorial Council back in August, with the resisters led by member Major General Greg Melick (Ret’d) who is also national president of the RSL. (There was an unsuccessful FOI claim for the Minutes of the meeting.) Since then, there has been outrage from Andrew Bolt, Barnaby Joyce, Senator Canavan, and thousands of veterans and others who signed a petition organised by Quadrant author, Lieutenant Colonel Peter O’Brien (Ret’d).

That’s enough to put the wind up any War Memorial and push “much broader, much deeper” back to “proportionate” and “modest”. On the other hand, Lest We Forget, the Memorial claims to be about stories of courage and endeavour.

David Stephens is editor of the Honest History website and has been convener of the Heritage Guardians group, opposed to the $548m War Memorial extensions. A longer version of this article appeared on Honest History, including additional links.

David Stephens is editor of the Honest History website (honesthistory.net.au), co-editor with Alison Broinowski of The Honest History Book (2017), and has been convener of the Heritage Guardians group, opposed to the War Memorial extensions. Sources for this post can be found on the Honest History site. He has contributed many articles to Honest History and Pearls and Irritations. He was previously an Australian public servant and a government relations consultant.