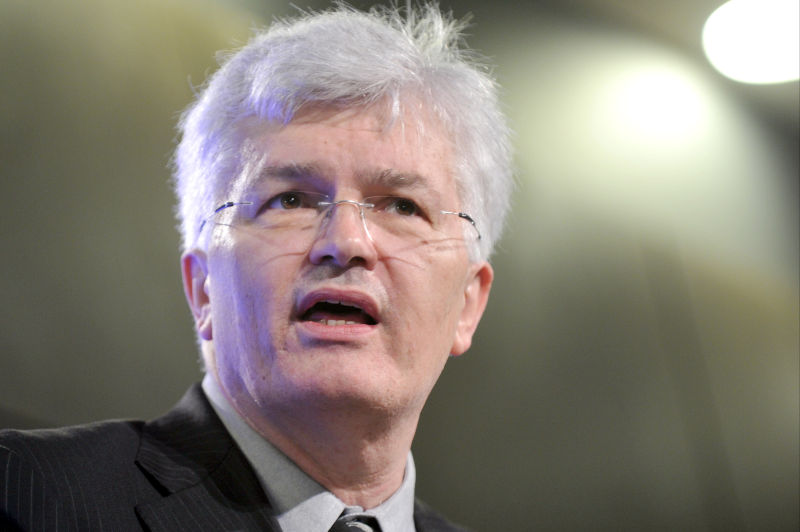 A government wanting to get rid of Pezzullo or determined to undo his expensive and not very efficient empire, would not necessarily have to be involved in a public argument about human rights for refugees. Home Affairs has been repeatedly criticised by bodies such as the Australian National Audit Office for waste and mismanagement of contracts, running into the billions, whether over computer purchases, facilities in Nauru and Manus Island.

The reasons for the making of some immigration and Border Force contracts without tender remain obscure, in part because of the department’s chronic secretiveness. People elsewhere in the national security system have commented that a good deal of the extra money going into national security has been dissipated in the extra liaison arrangements forced by Pezzullo’s insistence on his having a role at the intelligence table, duplication of actions in the agency he established more or less of his own initiative, and his efforts to encompass and coordinate the activities of ASIO and police, each supposedly independent agencies, whose collective views cannot necessarily be smoothly coordinated so that they are not at variance with Pezzullo’s. Sometimes it is better that different perspectives are heard by the decision makers – before they have been put through the blender.

The head of Prime Minister and Cabinet, Phil Gaetjens, went immediately, without an Albanese prod. It is said that a new prime minister is entitled to the person of his choice – which, if true, is a custom that began with Paul Keating, 30 years ago, not before. But Gaetjens, very much a political animal closely attached to Liberal Party fortunes rather than any sort of detached adviser to government, would have been pushed very firmly if he had not walked. One wonders whether drafts of his long-awaited reports will be found. That may await law reform which abandons the idea – extremely helpful to agencies such as Prime Minister and Cabinet that have resisted freedom of information (FOI) vigorously and improperly — that documents of a former minister somehow cease to be government documents open to FOI inspection. A day will come – and sooner rather than later — when documents in the offices of former prime ministers or ministers – and current ones – are as accessible as any other agency documents.

Some people were expecting – and hoping – that Kathryn Campbell, secretary of Foreign Affairs and Trade but formerly one of the senior administrators under deep criticism for her role in the robo-debt fiasco, would be for the sack. Or for a shift into somewhere humiliating. Major General Campbell – she is also a member of the Army Reserves, and rules rather more like a general rather than a warm and cuddly senior colleague — has been working with Penny Wong, her new minister, over Quad and Pacific family matters, and one might expect that the urgency of that work, from the government’s viewpoint might rate above departmental leadership issues.

She is not the only senior public servant regarded with distrust by some Labor people. The leadership of the Department of Finance has been questioned, not least after “independent” insider departmental reviews of ministerial action, and an apparent lack of action in enforcing financial management legislation over sports rorts. There are questions about the management of health and ageing at central office level, including the management of the pandemic. And defence, and not only over submarines. Attorney-General’s badly needs a shake up to be a detached adviser to government, not a solicitor looking for loopholes and dirty tricks.

The new Public Service head, Glyn Davis is the man for wielding the axe, and the scalpel

These may be matters for public inquiry rather than mere ministerial, or prime ministerial review. Similarly wider questions about the politicisation of areas of the service, or agencies such as the AFP, the loss of departmental expertise and the widespread use of consultants also invites prompt attention from ministers as much as public service guardians.

That little has happened on the public service leadership front does not mean that it is not on the prime minister’s agenda. But the indications he has given – of not planning a purge – suggest that he wants the changes to be a part of a package of reforms, not able to be characterised as political expressions of his will for power.

That he has an open agenda for integrity legislation, and reforms designed to restore process, transparency and accountability in government decision making, as well as a plan to reduce consultancies, makes it easier for this to occur. As with the announcement of the new secretary of Prime Minister and Cabinet, Dr Glyn Davis, and thus, ex officio, head of the public service. Davis is a widely respected student and practitioner in public administration, who enhanced that reputation as a vice-chancellor at Melbourne and Griffith Universities. He was actively involved in implementing the recommendation of the Fitzgerald royal commission, and reforms to the Queensland public service, working with, among others, Kevin Rudd. Years later, he helped Rudd organise the 2020 conference in Canberra.

Davis cannot necessarily undo bad decisions, or bad processes, made or entrenched under previous governments. But one can expect first that he is keenly interested in getting national public administration back on track. This includes a fresh emphasis on advisory functions, including the re-establishment of lost expertise, and more transparent and accountable processes. He does not need media reports – some of which have been limited and partisan – into where the problems lie: they are obvious enough from audit reports, parliamentary committee reports, and court judgments. Restoring public service capacity and reputation necessarily involves fresh examination of what has gone wrong, even at the risk of discovering that some of the previous government explanations have been nonsense.

Once senior administrators themselves could and would review administrative disasters that appeared to be systemic, or to show fundamental weakness. Of their own initiative. But public service courage has been in short supply in recent times. Like the notion that public servants serve the public and the public interest as much as the minister of the moment.

If Glyn Davis gets a free hand to help the public administration give the public and the government a better service, he may do more for the quality of government services than any minister on a mission.