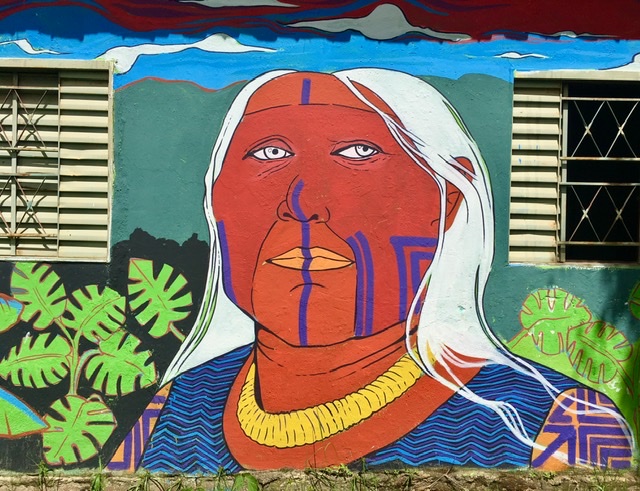 The West’s disingenuous position on Israel and its coordinated attacks on China have blown the cover of the liberal narratives it uses to hide a postcolonial, imperialist agenda Its hypocrisy has been further exposed by its hoarding of coronavirus vaccines and the systemic racism that prompted the Black Lives Matter protests and fuelled attacks on people of Asian descent.

A tipping point has been reached, even if it has hardly been discussed within societies and by political leaders. Across the non-Western world, there is growing awareness and rejection of the hypocrisy, insincerity and insecurity embedded in the Western world with regard to its relations with the global majority.

Western narratives and propaganda took hold across the world over the last 200 years as a result of colonisation and imperialism. Mind capture was a necessary tool of oppression to subjugate people. And despite decolonisation, mental colonisation became the new frontier and remains a key strategy of postcolonial imperialism. Citizens of former colonies remained receptive to Western ideas, having been indoctrinated for so long, and this influence is still actively cultivated via Western soft power as well as through Western education and its global media.

Today, much of the Western world retains the mentality that their nations and “white people” are superior, with the singular goal of retaining global economic dominance. This, even though the rest of the world is acutely aware of the dangers of extreme forms of “White People First” as manifested in Donald Trump and his tumultuous presidency. Yet we still see efforts to actively preserve white privilege, which goes well beyond egregious acts of racism against people of colour.

The rest of the world is acutely aware of the dangers of extreme forms of ‘White People First’ as manifested in the tumultuous Donald Trump presidency, writes Chandran Nair. Photo: DPA

What has changed though is that for the first time in hundreds of years, there is no longer a shared view – as misplaced as it might have been or carefully manufactured – of the wisdom of the West and its right to lead. This change is a seismic global shift.Several contemporary examples have blown the cover of liberal narratives used to hide deep animosity towards others rooted in the fear of being treated as equals and sharing power without entrenched privileges.

The first is the way in which Western governments and media typically respond to the plight of people fighting Western-led oppression. The plight of the Palestinians says it all. This is not the place to go into the details of a complex conflict, but simply to say that the West has found it almost impossible to call out Israel about what decent people across the world recognise as large-scale oppression through an apartheid system. Why? It believes it has to stand together as a white Judeo-Christian tribe against people seeking liberation, and continue the denial, because giving in is to acknowledge a shared history of centuries of oppression and occupation, which is the true genesis of violent resistance. The people of the oppressed nations of the world mostly got their freedom by fighting for it – India, Vietnam, Mozambique, Cuba, the list is long. Those who could not were completely marginalised, such as the First Nation peoples of Australia and Native Americans. The second reason is to demonstrate to the world it is united and has military might, thereby sending a strong signal that it is solely in charge of global affairs, which is critical to thereby reinforcing and maintaining its economic hegemony.

Countries which remember their history recognise that the fence-sitting by Western powers about the Israeli position towards Palestinians and the unconditional support given by the United States is the same thing they experienced during their struggle. Atoning for crimes committed by Western civilisation on Jews, culminating in the horrors of the Holocaust, is critically important. But it should not be confused with giving the modern state of Israel a free pass to oppress millions for decades. The people of Israel, like the Palestinians, deserve better and it is only the West – led by the Americans – who can stop this cycle. But they refuse.

The world, however, is not fooled by disingenuous arguments which say that support for the Palestinians is support for “terrorists” and a call for the destruction of Israel and its right to exist as a Jewish state. These were the same arguments used to uphold indefensible positions of colonial powers – including genocide – when they were confronted by their oppressed subjects, be it in America, Algeria or Angola. The reality today is that most of the world would not tolerate a scenario in which Israel is not also safeguarded in a deal that frees Palestinians from decades of oppression. These arguments are in fact rooted in racism: a belief that the rest of the world is backward, does not possess values, can be talked down to and will buy such superficial and untenable reasoning. The current position of the West reminds the rest that, what can be simply called white settler colonial behaviour, is in fact hard-wired into the Western psyche. This has been exposed to the world, which for decades gave the West the benefit of the doubt.

The use of demonising metaphors to delegitimise the legitimate struggle of oppressed people is as old as the hills. White colonial powers used this against the people of Haiti, Rhodesia, South Africa, India, Vietnam and wherever liberation movements took up arms. After all, both Nelson Mandela and Gandhi were attacked in the same way by Western powers in the early days of their struggles. African Americans know this only too well, being demonised every time they take to the streets after yet another murder of a black person.

The second example is the coordinated attack by the West on China in recent years, which has only helped expose its hypocrisy and insecurity. It would appear that the very serious charge of genocide in Xinjiang can be levelled against China by the West, but not even a charge of war crimes in Gaza, Iraq, or Libya can be considered against Western powers. Here too the world is not so easily fooled, yet Western governments and leaders continue to believe that by seeking to claim a higher moral ground using these tactics – purely to demonise an enemy – they can retain economic dominance and retain white privilege.

It has reached a stage in the West, from Mediterranean Spain to Nordic Norway and right across the US, that China cannot be credited with doing anything right and is a real threat to the world. However, this relentless xenophobia has boomeranged because the global majority, who belong to nations which were subject to the brutalities of Western imperialism, recognise these sorts of lies and the similar tactics used to keep them shackled and misinformed. They may have concerns about China’s rising influence in their regions, but they do not share the same fears as the West, which have more to do with their inability to share power than legitimate concerns for others. Given this, the big question on people’s minds is whether the orthodox view that the world needs the West to protect it from China is simply self-serving and constructed to serve Western economic interests and dominance.

Yes, there is the need for a global rules-based system; but not to protect nations from China. The world needs a new global system, and it should not be one that is dominated by the West given its history of exploitation and dominance. As a multitude of double standards come to the fore and as anti-China sentiments are stoked, people across the world have woken up to the duplicitous nature of the economic and foreign policies of Western governments. This widespread anti-China sentiment even in the business arena has further exposed Western hypocrisy and fear of competition: Google good but Huawei heinous, Instagram incredible but TikTok a threat. How the Western media has also magically coalesced around an anti-China bandwagon has not gone unnoticed either. People around the world now recognise the fear in the West of competing with a rising non-Caucasian power for the first time in centuries. These fears are legitimate, but the lies and xenophobia are unacceptable, especially if they make the world a more dangerous place.

Finally, there are two other contemporary issues that have helped expose Western hypocrisy and raised awareness in many across the world.

A Black Lives Matter protest over the death in police custody of George Floyd, in Washington, US. Photo: Reuters

The first is the global awareness of the entrenched racism in the US and other Western countries. This started with the events of systemic racism that brought Black Lives Matter to every living room in the world. It sensitised people around the world to how white societies have a large-scale and persistent inability to accept people of other races/cultures and how these attitudes manifest in all walks of life, from sports to business to education. This provided a startling insight into how deeply racist Western societies are, especially the US. But it did not stop there and now the anti-China sentiment that was stoked by Western politicians and the media has resulted in people of Chinese/Asian descent being attacked across the West, from the US and Canada to Europe and Australia.

The second is the issue of vaccine distribution and the birth of a “vaccine apartheid”, which highlighted to billions that despite lofty commitments towards multilateral and global cooperation, these were empty words. Not only have Western countries accumulated massive stockpiles of the vaccine (of four to five times their population sizes, or in the case of Canada, six times) they were even reluctant to revoke patents and share technology. Simultaneously, Western media repeatedly scorned China’s and Russia’s vaccines, with French President Emmanuel Macron and other commentators declaring how the West must oppose China’s “vaccine diplomacy”. But to be clear: diplomacy is much preferable to no vaccine given Western stockpiling.

These recent events have helped reveal how white and Western privilege is maintained and reproduced at a global level. This is by no means novel – Western societies have long relied upon global inequities to maintain economic dominance. The difference is that now, instead of being captive to an idealised vision of the West, the rest of the world is waking up to what Western narratives, fallacies and weaknesses really are – part of a system of oppression to keep the Western hegemon alive and in sole control.

Chandran Nair is the founder of the Global Institute for Tomorrow and member of the Club of Rome. His forthcoming book Dismantling Global White Privilege: Equity for a Post-Western World will be published in December 2021.