A memory jogger that China and Australia once were allies. ( A slightly amended post update from September 7, 2014) 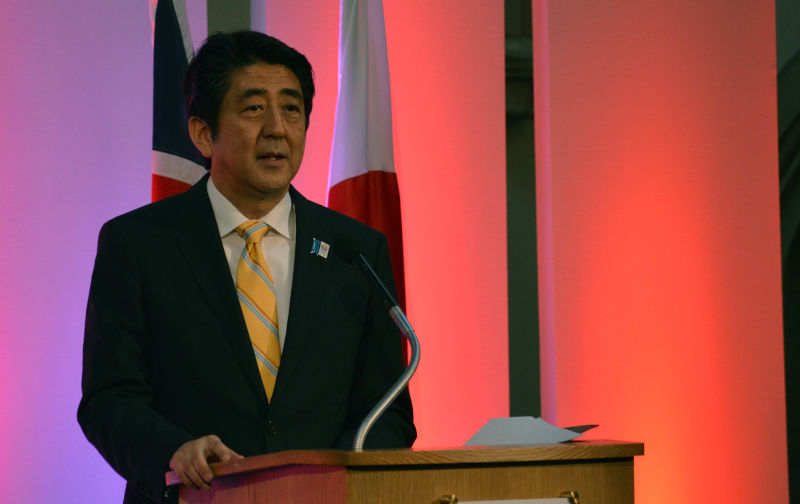 Japanese Prime Minister Shinzo Abe sought to draw Australia into his enmity towards China and he did so in the Australian parliament recently. Unfortunately Tony Abbott allowed himself and Australia to be drawn into Shinzo Abe’s agenda of hostility to China which is not in Australia’s interest.

How gauche it is for the Australian prime minister to praise Japan’s WWII soldiers in his welcome to PM Abe. This is offensive to our own suffering at the hands of Japan, but also the enormous harm that Japanese soldiers inflicted on the Chinese. Then Julie Bishop was anxious to get on the bandwagon by telling us that ‘China doesn’t respect weakness’ and that ‘Australia will stand up to China to defend peace, liberal values and the rule of law’.

If PM Abe wants to offend the Chinese he should do it in his own parliament and not in ours.

There is clear evidence that the Japanese people have major reservations about PM Abe’s ultra-nationalism and particularly his executive reinterpretation of Japan’s pacifist constitution. He visits Yasukuni Shrine which commemorates not only millions of Japanese soldiers who died, but also Japan’s war criminals. He is attempting to undo the Kono Declaration of 1993 in which Japan apologised for its treatment of ‘comfort women’. He has stacked the NHK with political supporters who now tamely support him on contentious issues.

China suffered greatly at the hands of the Japanese military in the 1930s and the 1940s. Twenty million Chinese died and a large part of the country was plundered and extensively damaged. Fifty million Chinese were made homeless. A rural and undeveloped China was no match for a modernised industrial nation like Japan. China barely survived.

But four years after the end of WWII the Communist Party of China took charge and China became the ‘enemy’ and the story of its suffering at the hands of Japan was lost for decades. Other issues, such as the Korean War pushed China’s WWll experience into the background. Now with China modernising and growing in confidence, it is not surprising that it expresses concern about what it endured from an invader who consistently seeks to avoid the truth about WWII. It is best expressed in trying to make the school curriculum more “patriotic”

Fortunately Australia and Japan have built good relations since 1945. It has taken a lot of hard work but both PM Abe and PM Abbott take this hard work and success for granted.

If we are truly aware of China’s historic hurt and anger and our own self-interest we should at the least keep out of attempts by the Japanese with the cooperation of our prime minister to link us into the Japan/China dispute. It might be in Shinzo Abe’s interest to draw us into his set-to with China, but it is certainly not in our interest.

John Howard understood the importance of balanced and effective relations with both Japan and China without falling between the chairs. Tony Abbott seems unable or unwilling to do the same.

Footnote: In his speech at the NAB Australia-China Business Week on 5 September 2014, Malcolm Turnbull referred to the histories of Japan and China.

He said “There is one chapter in those histories which is all too often unread even where it is written at all.

For China the war with Japan had begun in 1937 and for for four years she fought alone. Japan had 680,000 troops in China at the time it launched its offensive in the Pacific – four times the number it deployed to sweep through South East Asia until they were stopped at our doorstep in the jungles of New Guinea.

Had China been defeated and become a collaborating puppet state, like Vichy France, not only would Japan have been able to fling vastly greater resources into the war against Australia, but it would have been able to invade Siberia in 1942, as Hitler asked, when the Red Army was almost smashed by the Nazi offensive in the West.

We may not have succeeded in resisting Japanese aggression without the tenacious heroism of our Chinese ally.

The Soviet Union, reeling in the face of the blitzkrieg, may not have been able to survive a two front war at its moment of greatest weakness.

The central role of China as our ally in the Second World War is barely remembered in Australia today. But it will never be forgotten in China.

We should never forget that China’s war against Japan was not just their war, but our war too – and without China we may not have won it at all.