The zombification of US national security 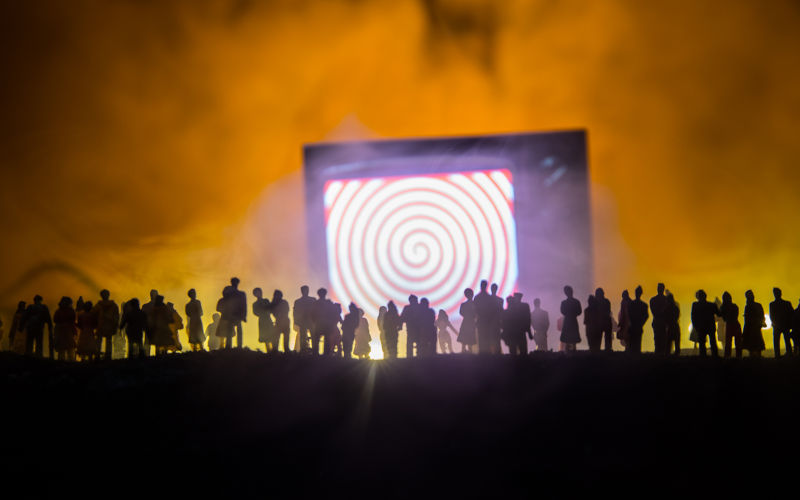 A recent New York Times commentary by conservative columnist Bret Stephens asks this question: “Are We Sleepwalking Through a ‘Decisive Decade’?” To which he answers resoundingly, in so many words, yes.

“We” is all of us: American society as a whole — but, more precisely, the policy officials and military leaders who purport to guide us through the thickets of international relations. Sleepwalking is a euphemism, of course, for our collective cluelessness, ignorance, and indifference in matters of present-day national security. It’s an apt but imperfect metaphor.

Zombification would be more to the point, since we’re talking about the community of national security practitioners, observers, and commentators — the so-called “Blob” — whose establishmentarian ideas never completely die. Stephens is singularly representative of them and speaks to them in their language from his august journalistic perch.

In the interest of parsimony, let’s forgo the temptation to question the validity of the claim that we inhabit a uniquely “decisive decade.” These are words President Biden has used repeatedly, most recently in the preface to his new National Security Strategy document. It’s a highly debatable proposition that we’ll save for a later discussion. Instead, let’s focus on some of the received truths that Stephens lays claim to, explicitly and implicitly, on behalf of his Blob brethren.

The Fetishisation of .mil-ism. For starters, most of the community accepts uncritically as an article of faith that the military is the centerpiece of national security, in its narrowest conception.

Despite incessant rhetorical blather about soft power, smart power, and the simplistic, doctrinally sanctioned instruments of power — axiomatically referred to as DIME (diplomatic, informational, military, economic) — most true believers remain wedded to the centrality of the M (read “providing for the common defence”), thereby ignoring the other precepts in America’s Security Credo, the Preamble to the Constitution: achieving national unity (a more perfect union), establishing justice, ensuring domestic tranquility, promoting the general welfare, and securing the blessings of liberty for the generations.

According the military a position of such primacy leads inevitably to misperceptions among the uninitiated that military is necessarily synonymous with militarisation and militarism.

The Enduring Gluttony of Defence Spending. The traditionalist fellow travellers of the national security community almost without exception consider defence spending to be at the very heart of our national security posture: the obvious pathway to restoring the deserved strategic advantage the United States supposedly has forsaken in recent years to others more focused and resolute than we.

It is widely recognised that we spend more on defence than the next nine nations combined; less well noted that our baseline defence budget exceeds the GDPs of all but some 18 countries. And that doesn’t count other defence-related spending (like off-budget emergency contingency funding, veterans affairs, and nuclear stockpiles). Yet, we continue to thirst for more. Washington rarely acknowledges the other strategic priorities that must be sacrificed to accommodate such defence gluttony, or the distortions of the political process caused by politicians scared of being labeled weak on defence for favouring spending cutbacks.

The Canonisation of Military Essence. To be accepted as a legitimate player in national security affairs, one must accept the largely unstated verity that militaries are what they always have been and, inarguably, always will be: warfighting machines whose primordial purpose is to wage organised violence — as massively, lethally, and destructively as possible — for political purposes against like-minded, comparably organised and equipped foes. (This, despite the fact that not all foes cooperate, as when they engage in the strategic jiujitsu of asymmetric, hybrid, gray zone, 4th-generation warfare.)

To Stephens, “The Pentagon is broken,” but not just for the reasons he cites: waste, procurement failings, weapon system cost overruns. The real indicators of the Pentagon’s brokenness are institutional parochialism, rearview-mirror thinking, a persistent inability to any longer win wars (that, by the way, are inherently unwinnable), and unimaginative generals and admirals who are more bureaucrats and administrators than they are commanders and strategists.

Never do the alleged authorities among us give serious thought to the possibility that we could completely transform the rules of the game and alter the contours of the “global battle field” by deploying a reoriented military whose primary missions are non-warfighting (humanitarian assistance and disaster response, for example).

The Delusion of Military Autarky. Yet another persistent, near-universal tendency among traditionalists is to assume that our military must be self-contained and self-sufficient in all respects across the full range of circumstances it conceivably could face.

The cardinal imperative for us, rhetoric to the contrary, has always been to prepare for unilateralism — going it alone — whenever possible; multilateralism — acting in concert with others — only when necessary.

Any thought that institutionalised multilateralism could ever be an essential end in itself, rather than a convenient, expedient means to national ends, has always been anathema. The result is that we and all the other countries we would normally align ourselves with maintain largely redundant militaries that cost appreciably more than if we seriously pursued a more fully integrated, non-duplicative posture.

The blinkered thinking behind this is that it’s too risky to depend unreservedly on the unreliability of self-interested allies.

The Capabilities-Commitments Conundrum. Since historian Paul Kennedy sensitised us 35 years ago to the obligations and impacts of imperial overstretch, we and others have harboured lasting primal angst over so-called capabilities-commitments mismatches.

To the establishmentarians in our midst, there is only one possibility: expanding our capabilities, with all that implies about vastly increased spending, reengineered procurement processes, and unimpeded supply chains for the continued fielding of the most advanced weaponry. Such thinking perpetuates the idealisation that commitments and associated “requirements” dictate the capabilities we field.

The reality, as anyone with enough experience to be healthily jaded can attest, is that the capabilities we have are the ones we want, and they determine what we accept as requirements and commitments. Who among us desirous of preserving their credibility would have the temerity to argue for the elimination of, say, tanks or submarines or strategic bombers or the Marines or, above all else, nuclear weapons?

Stephens goes so far as to advocate enlarging and modernising our nuclear arsenal even more than at present to keep others like Saudi Arabia and Japan from going nuclear.

The Great Power Competition Subterfuge. Few among us have resisted the Blob’s platitudinous assertions that we are now in a new era of great-power competition in which our traditional, deserved military advantages have eroded in the face of aggressive adversaries committed to unseating us. Buying into such rhetoric and thereby giving life to a new Cold War mindset ensures that we will remain wedded to outmoded conceptions of what militaries properly do; that we will continue to arm ourselves to the teeth with the most advanced, costly weaponry; that others, rather than being dissuaded from further militarisation, will mirror us; and that the result will be a never-ending escalatory spiral so costly that we will neglect more strategically remunerative priorities and, ultimately, spend ourselves into oblivion.

The subtext of all this, and one that Bret Stephens puts into stark relief, is the self-serving, self-deluding fantasy that the most ominous threats we face are external, conventional, state-based ones. The reality, however, is that we should be preparing for the internally generated, intellectual zombie apocalypse that only we can defeat by refusing to accept the received truths of the undead among us.

Gregory D. Foster is a professor at the Dwight D. Eisenhower School for National Security & Resource Strategy, part of the National Defense University, where he previously has served as J. Carlton Ward Distinguished Professor and Director of Research, as well as the George C. Marshall Professor; head of the Strategic Human Capital Industry Study, the Environment Industry Study, and the China Regional Security Study. He is also chair of the NDU Faculty Advisory Council. A West Point graduate, Foster was an infantry company commander in the Vietnam War. He publishes regularly on a variety of national security-related subjects.