There’s nothing entrepreneurial about Rentier Capitalism, as it sucks up more of the wealth pie

‘Rentier Capitalism’ is a cracking thesis on a cruel economic order. Read it and you’ll start seeing rentiers everywhere, hearing them in every news bulletin, all involved in massive anti-competitive behaviour and impoverishing the rest of society.

Originally a French term, rentier carries a vampiric odour, redolent of the Ancien Régime or the British landowning aristocracy: tapping gargantuan nourishment from the rent and toil of peasants on its vast estates.

The Irish Ascendancy were similarly perfumed by Maria Edgeworth’s novel, Castle Rackrent (1800), its crumbling pile mismanaged by the effete, dissolute family heirs. Decades before the Famine, “rackrent” became the catchphrase for brutally excessive rents extracted on pain of dispossession, perhaps even death on the roads.

Rentiership is now deeply embedded in business, as forensically elaborated in this tome by Brett Christophers, an Englishman by accent and an economic geographer at Sweden’s Uppsala University. Christophers historicises “rent” from its introduction into Western economic thought by Adam Smith and David Ricardo (with whom Edgeworth corresponded) and later Marx; thence through the alliance of land and financial rentierisms in the late 19th century; its abeyance in the mid-20th century; and now its resurgence across every aspect of the British economy since Margaret Thatcher.

Christophers incubated this idea in his last book, The New Enclosure (2018), which took issue with author James Meek’s assertion that Britain’s largest privatisation was the sale of council houses after Thatcher’s Right to Buy scheme for social tenants, worth “£40 billion in its first 25 years”.

But Christophers tunneled deeper. Since Thatcher’s premiership, the state had actually sold two million hectares, about 10 per cent of the entire British landmass – some, certainly under council houses, but mostly through countless land sales by cash-strapped local councils, the NHS, universities estates, school playing fields and the disastrous dumping of the ministry of defence housing stock. It all totted up to about £400 billion. The scale of it had never been publicly recognised.

This vast, ongoing privatisation is in keeping with Christophers’s Rentier thesis. He economically defines “rent” as income derived from the exclusive ownership and/or control of a scarce asset under conditions of limited or no competition, for example, monopoly. A rentier – an individual or, more often, a corporation that controls the asset – engulfs this income.

Rentier capitalism is thus an economic order based on wealth and income-generating assets, which are “sweated” to absorb “unearned” rents and indeed profits from the inflation in value of land assets. The British economy, Christophers maintains, is dominated by rentiers. Orientated around “owning” rather than “doing”, there is nothing innovative or entrepreneurial about rentiership. It produces nothing; just suctions in more of the wealth pie, impoverishing the rest of society.

Heated arguments about rentierism have exploded across academia and financial journalism since Thomas Piketty’s first big book, Capital in the Twenty-First Century (2013). In Piketty’s “society of petits rentiers”, if we own property or stocks, we’re all part of it. If not, we’re suckers.

So Christophers sets out to clarify the field in a Herculean exercise of creative taxonomy, dividing up rents into seven main categories. The centrality of government is key; setting the “rules” and often “creating” assets by issuing exclusive oil exploration licences (to generate “natural resource rents” for the holders); or granting exclusive outsourcing contracts (contract rents) – both purely legal, rather than physical, constructs.

Another asset-class is physical infrastructure, particularly that delivering water, energy or telecommunications – such utilities generally regarded as “natural monopolies”. Then there’s intellectual property (IP) rentierism in patents, brands and copyright – so tasty to the pharmaceutical, consumer products and creative industries.

Meanwhile, platforms – and especially digital platforms – profit from hosting and powerfully controlling where and how trade happens, whether on Amazon, eBay, Moneysupermarket or the London Stock Exchange, which also owns and operates the Borsa Italiana.

And there are financial assets, such as shares, securities and other exotic instruments and their “rents” received by the financial rentier: John Maynard Keynes’ “functionless investor” whom, in the midst of the Great Depression, he wished to see “euthanised”.

Although finance increasingly overlooms all economies, Christophers does not rate the gathering literature on “financialisation”. He sees finance as maybe the “leading edge of rentier capitalism” but it’s “not the totality of our economic moment”.

Lastly, there is his rich chapter on land: the root of all rentierism, some might say. The land-holding companies Christophers examines are all “almost comically profitable”.

The more technical passages will prove arduous for some but it’s all crackling, shimmering stuff – even if every eye-watering anecdote, trillion-pound outrage or historical sweetmeat is but an ornament to the sustained, bludgeoning monofocus of his thesis.

After days wading through it, you’ll start seeing rentiers everywhere, hearing them in every news bulletin, or envisioning how they all interlock like a lattice of money-pipes, situated at almost every choke point in supply, and all involved in massive anti-competitive behaviour.

In another, he categorises the major infrastructure rentiers and the entities that co-control them: shadowy holding companies; global investment consortia, pension funds; even the Kuwait Investment Authority – which, although Christophers doesn’t mention it, is classified as a rentier state.

The book is entirely UK-specific, but highly instructive in the Irish context of growing privatisation of health and social care; rampant landbanking; the mushrooming of tax-sheltered REITs; or the latest long-lease social housing scheme, where the state pays the mortgage for 25 years, then the property reverts to the developer.

Christophers is rightly encouraged by more than 500 successful examples since 2000 of “remunicipalisations” across continental Europe – where disastrously privatised public services have been taken back into public or community ownership: from energy and water supply to waste collection, social care and local transport.

Unthinkable here? Last year, the pandemic saw mass changes in social activity that astonished even behavioural “scientists”. Now, as we blink in the uncertain dawn of Brexit, facing a second economic devastation this century, it might not beyond the bounds of possibility.

Rentier Capitalism: Who Owns the Economy, and Who Pays for It? by Brett Christophers, published by Verso.

This is a repost from The Irish Times. See the original article here. 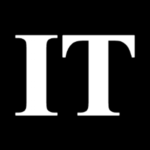 The Irish Times is an Irish daily broadsheet newspaper and online digital publication. The Irish Times launched on 29 March 1859. The editor is Paul O'Neill. The deputy editor is Deirdre Veldon.
https://www.irishtimes.com/